Roosters coach Trent Robinson says Luke Keary will treat Thursday night's game against former side South Sydney like any other, describing the five-eighth as a "cool cat" as he prepares to take on the side he won a premiership with in 2014 for the first time.

Keary played 63 games for the Rabbitohs across four seasons but parted ways with the club at the end of 2016.

The move has been a roaring success for both he and the Roosters, with Keary playing a pivotal role in their 3-0 start to the season.

It would be perfectly understandable for Keary to feel nervous ahead of his first game against his former club – especially given the history between the Roosters and Rabbitohs – but that hasn't been the case according to his new coach.

"I talked to him yesterday about it and no, not really [he's not overly excited]," Robinson said.

"It's hard to stop the feeling of playing your old team; that does come up. But he's working so hard on trying to get our stuff right.

"I'm sure it'll be there – he's human – but we're still trying to find our best footy and get our combinations right and he's been fighting hard every week and playing well so his focus is really on trying to improve what we've been doing. But at the back of his mind, he's playing his old team.

"I expect nerves from each player to get prepped each week. Luke's a pretty cool cat so I don't expect anything different from him this week."

‌Robinson said the pair had discussed the situation earlier in the week, with his five-eighth showing no signs of added nerves leading into the blockbuster Thursday night showdown.

"Simply it was enough for us to have a chat and find out how we're going about playing tomorrow night," the coach said.

"[Luke said] 'Cool, I've thought about it and I want to improve what I've been doing for the last three weeks'. It's important to have a conversation, but the guy has played a lot of big games and he is a cool cat so he knows how he wants to play."

Robinson also downplayed the possible return of Blake Ferguson from a rib cartilage injury, despite the centre being named on an extended bench in jersey No.20.

"I put him there because of the system, which I think is a good system. He's a really low chance of playing so I've put him in that 21-man squad in case he surprised me. I don't think the ribs are good enough so I doubt he'll be playing," Robinson said.

"He trained yesterday without contact, but without contact doesn't mean much when you've got that injury. Last year I would have left him out and hopefully sprung a surprise, but we don't get that choice." 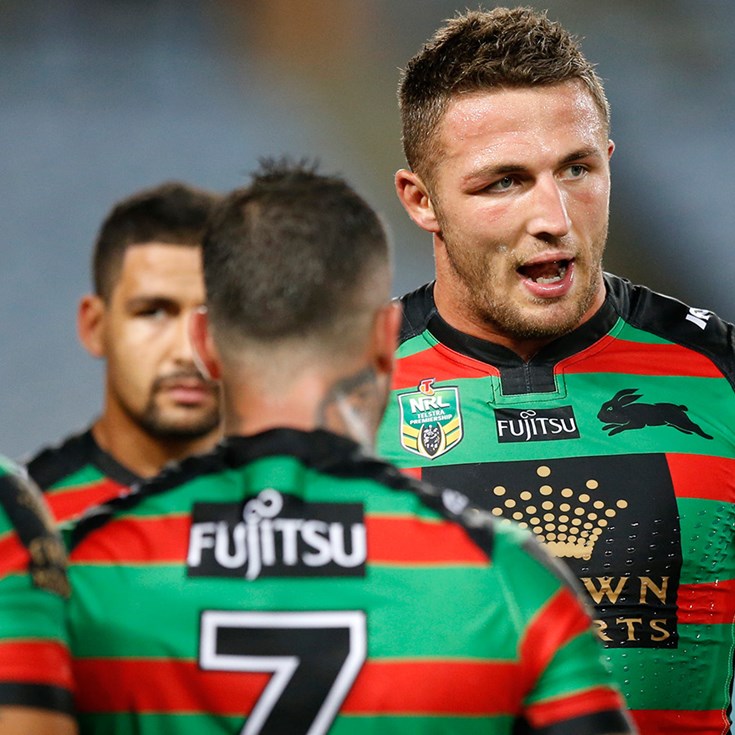