Round 4 kicks off with two of the best-performed teams of the past fortnight locking horns as the oldest rivalry in rugby league resumes.

These two neighbours from opposite sides of Anzac Parade have been going at it since 1908 and while in more recent years they have kicked off regular NRL seasons with mouth-watering Round 1 clashes, the advantage to this Round 4 meeting is each side has had a chance to feel their way into the season.

The Bunnies have hit back strongly after a dour Round 1 loss to Wests Tigers, putting Manly to the sword at Lottoland then edging past a gritty Knights outfit at McDonald Jones Stadium last week.

Sadly for coach Michael Maguire his team has been wrecked by suspension with three starters from last week rubbed out. Prop George Burgess misses two weeks for striking Mitch Barnett, though his first-half self-implosion likely would have seen him return to reserve grade this week anyway. Centre Hymel Hunt misses four for a swinging arm to the jaw of Brendan Elliott while Braidon Burns' shoulder charge that concussed Sione Mata'utia has put him out for one game.

In response, Maguire has gone for major surgery; Cody Walker has been named at fullback with Johnston on the wing in place of Burns and Sifa Talakai replacing Hunt in the centres. John Sutton shifts to five-eighth for Walker with Angus Crichton starting in the back row while Tom Burgess replaces his twin at prop. Anthony Cherrington could be in line for a club debut after being named in jersey 15. The bench is David Tyrrell, Tyrell Fuimaono, Cameron Murray and Sitiveni Moceidreke. Moceidreke is a lanky Fijian winger coming off a bag of four tries in the Intrust Premiership for North Sydney last week and it wouldn't completely surprise to see him replace Burns with the in-form Walker and Johnston reverting to the positions they've been so strong in over the past fortnight.

Things are sailing a bit more smoothly at the Roosters with the Bondi club just the second team along with the Storm to be three wins from three games. Trent Robinson's men have been a little hard to get a read on – they rampaged out of the blocks against the Titans in Round 1, producing the most dominate 40 minutes of any team so far this year but went to sleep in the second half. They always looked comfortable in their Round 2 win over Canterbury but never put their opponents away and almost lost. Then last week they needed a missed forward pass call to sneak home against the Panthers.

Still, a win's a win and they've got there in every game so far. This week coach Trent Robinson has named an unchanged 17 but Blake Ferguson is in the reserves and could come in for Joseph Manu if his rib injury is adequately healed. Chris Smith, Paul Carter and Mitch Cornish are the other reserves.

Why Rabbitohs can win: Usually with the Bunnies – at least in recent years – it's forward power that lays the platform. That will still be the goal but aside from Sam Burgess the Bunnies pack has been a little low on sting so far this year. Their biggest strength at the moment looks to be the combination of their playmakers; five-eighth Cody Walker has been his team's best over three rounds with the Grafton livewire causing all sorts of headaches with his pace and vision while his six try assists top the comp after three rounds. It's also no coincidence the Bunnies' only loss came in the only game halfback Adam Reynolds missed with his calculated kicking game proving the difference over the past fortnight. Alex Johnston has slipped into Greg Inglis's fullback role beautifully while the job-sharing arrangement between hookers Robbie Farah and Damien Cook is currently looking like a coaching masterstroke. We wouldn't be surprised if Maguire makes some late positional changes before kick-off.

Why Roosters can win: Despite some inconsistency the Tricolours are 3-0 for a reason. Their forwards are getting forward (Boyd Cordner and Dylan Napa are third and fourth respectively for most hit-ups after three rounds) while their new halves combination of Mitch Pearce and Luke Keary has started the season brilliantly with three try assists each. Fullback Michael Gordon has added a ton of experience and flexibility at the back in what currently looks a very well-balanced team.

Key match-up: Adam Reynolds v Mitchell Peace. Origin talk in March? Don't mind if I do. Yes, yes, teams aren't picked for two months and there's an NRL game to be won here but the duel between two of the three NSW halfback frontrunners (incumbent James Maloney is the other with young Nathan Cleary the bolter) is too delicious not to mention. Each man is close to the most important for their team; the Bunnies have looked a different side with Reynolds back pulling the reins while the Roosters rise and fall on the form of Pearce, who has been instrumental in their strong start to season 2017. Whoever edges the personal battle will go miles towards securing a victory on Thursday night.

The history: Played 214; Rabbitohs 112; Roosters 97; Drawn 5. It's pretty even over a century-plus of football between these two proud clubs and it's even tighter in recent years with the spoils being split four games apiece over the past eight games.

What are the odds: Nearly six times the money has come for the Roosters, and most of the support has been for them to win 13+. There isn't even any love for South Sydney at the line, despite the Bunnies receiving a pretty big start with Sportsbet. Latest odds at Sportsbet.com.au

NRL.com predicts: If both were at full strength we'd probably say the Roosters in a tight one but with the players Souths have lost this season and more importantly just this week, we'll take the Roosters by 10. 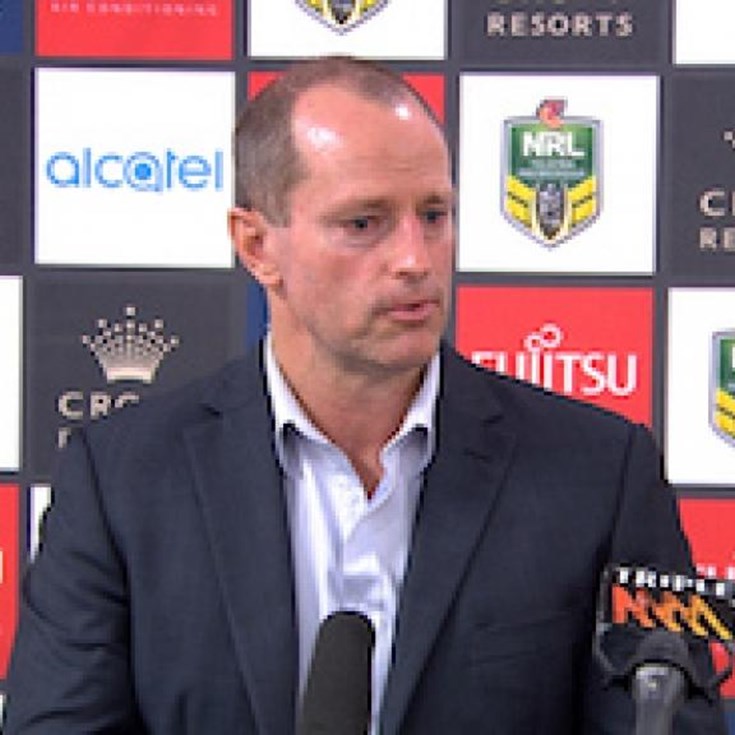