While the Warriors' starting forward pack has struggled through the opening month of the competition, last week their men off the pine gave some reason for optimism.

In a side which was convincingly outplayed by the St George Illawarra Dragons in a 26-12 loss last weekend, the Kiwi franchise's bench unit of Sam Lisone, Bunty Afoa, James Gavet and Ligi Sao added some much-needed punch and energy.

Ahead of the 14th-placed Warriors' clash with the Gold Coast Titans at Mount Smart Stadium on Sunday, coach Stephen Kearney highlighted the importance of his interchange.

"I thought they did a really good job [last week], I thought the bench certainly wrestled momentum back in our favour," Kearney said.

"They were largely responsible."

‌As a team the Warriors were ranked 10th in the NRL Telstra Premiership for total run metres heading into Round 5, a fact which has contributed to them scoring just 15 points per game so far in 2017.

Still without the services of veteran Kiwi international Ben Matulino in the front row, the club have struggled for consistent go-forward, with Jacob Lillyman currently the only fit prop with more than 50 career games to his name.

With that in mind versatile forward Ligi Sao said the message from Kearney to the pack had been clear.

"Steve said just get in there, go hard and do your job, tackle hard and run hard," Sao said.

"I just tried to do that to the best of my ability [last week] and bring a bit of energy hopefully.

"When you see one of your teammates ripping in, that's what you want to see.

"That's what you want from your bench, a bit of energy and a bit of grunt."

Meanwhile 27-year-old bookend James Gavet, who was a standout in his first NRL game of the year last week with 15 carries for 129 metres off the bench, said the Titans could expect to hear plenty from him at Mount Smart Stadium.

On several occasions last week Gavet was caught by television cameras exchanging words with his opposite number during scrums, something which the Toa Samoa representative said he intended to continue.

"I think after being in the game for about eight years now you pretty much know half of most teams," Gavet said.

"You play off it (verbal banter during games), because say if you hit the wall fitness wise, hearing something funny or for someone to set a challenge… then it gives me an extra leg.

"Then I'm like 'alright give it to me again' and then I try and run it straight at him." 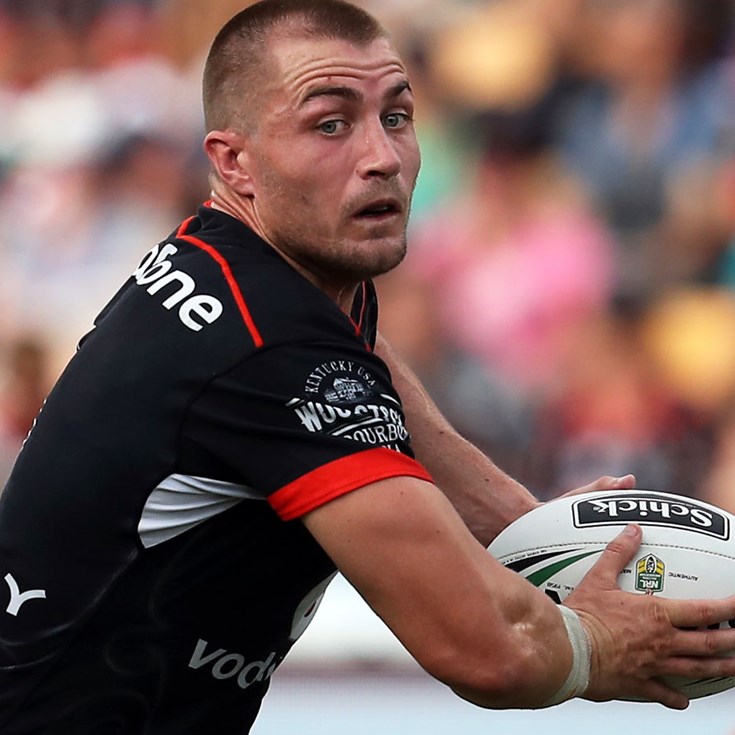