Manly hooker Apisai Koroisau is playing the best football of his career and it is all thanks to a stable spine on the Northern Beaches.

Injuries and a high turnover of personnel have forced the Sea Eagles to constantly switch their key playmakers for the better part of two seasons, but the arrival of Blake Green from Melbourne to partner Daly Cherry-Evans in the halves and the arrival of Tom Trbojevic as the team's new superstar custodian has provided the stability the Sea Eagles have been desperately lacking in recent years.

‌The Dylan Walker five-eighth experiment was an abject disappointment in 2016, while Koroisau himself played five games at halfback and one at five-eighth last season with Walker, Jamie Lyon and Pita Godinet all rotated in and out of the half positions in a tumultuous campaign.

Koroisau also alternated the hooking duties with Matt Parcell and even utility forward Lewis Brown last year while club legend Brett Stewart only managed 11 games, forcing coach Trent Barrett to constantly change his key playmakers, limiting the chance for any real cohesion to form at the club in a season to forget.

But after a full pre-season with a cemented spine of Trbojevic, Green, Cherry-Evans and Koroisau, the Sea Eagles have started to show the attacking footy that helped them claim two premierships in the not too distant past.

"This is definitely the best footy I've ever played, especially at dummy-half," Koroisau said.

"I was playing in the halves a bit last year just because we had so many injuries, and playing hooker with so many halves combinations was just all over the shop.

"But to have the first five rounds the way it has been I think that has taken a lot of pressure off DCE and in turn, DCE is playing his best footy and so is Turbo (Trbojevic).

"It's just having that connection with each other and knowing what our structures and game plans are, I think it is really important to have a spine that is the same week in and out."

After a slow start, which had captain Cherry-Evans forced to defend Barrett, the Sea Eagles have won three games in a row including impressive victories over premiership heavyweights the Cowboys in Townsville and the previously undefeated Roosters at Allianz Stadium.

A change in attitude and a willingness to play for each other has been credited for the transformation that has helped the Sea Eagles into fifth place on the NRL Telstra Premiership ladder.

"I don't know if we have changed too much, a lot of the boys' mentality has changed, we've decided to have fun and play more ad lib footy," Koroisau said.

"In the last few weeks you've seen we are more willing to support each other. Tommy Turbo and DCE have pushed up through the middle out of nowhere and scored some incredible tries.

"It more us just wanting to be a team and [not] stick to too many structures. Baz has allowed us to do that with his game plans and let us play some footy which is really coming together.

"I've had a great forward pack in front of me which has gained some momentum. Daly Cherry-Evans on the back of some offloads has just let me have a bit of fun and play some running football again. It's been really fun."

While he may be playing his best ever footy, Manly's No.9 still knows he has a lot to improve on his game. It is that drive from the leadership group down that is pushing the club in the right direction.

"We can all improve," Koroisau said.

"There is still huge parts in our game where we are letting in tries, or those lapses in concentration with drop balls and personally I think I have a lot to improve on.

"I had about six or seven missed tackles, so I'm looking to aim up a bit more, but I'm really looking forward to coming to training every day and working on my game." 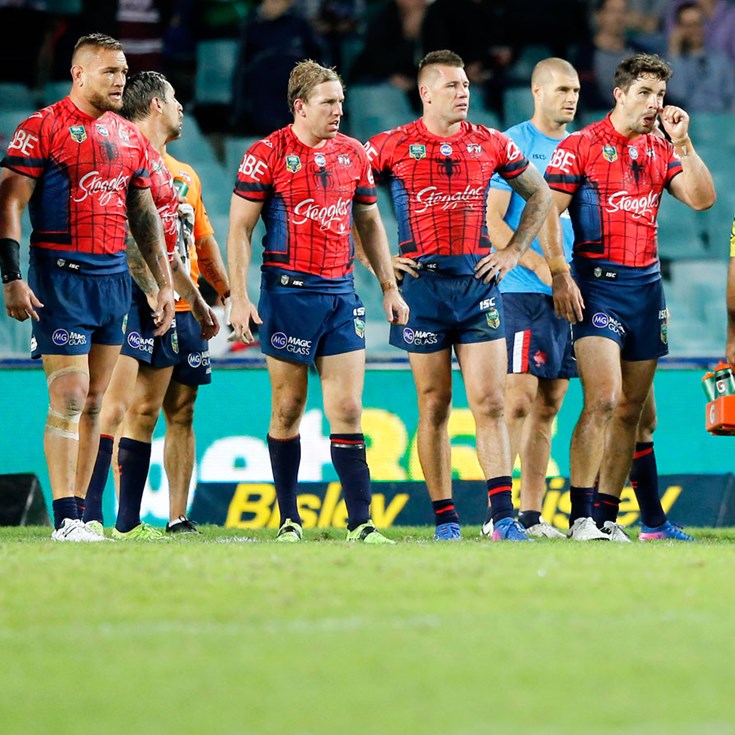