The Manly Sea Eagles shocked the Roosters last week, with Trent Robinson's side ambushed at home by a team that simply wanted the win more.

The 18-12 loss was the Roosters' first of the season, with boys from Bondi dropping to third on the competition ladder after five matches.

But things appear to be far worse at Red Hill after a rocky start to the season that has seen Brisbane slip outside the top eight.

The Broncos only have two wins to their name so far after a 10-7 loss to the Canterbury-Bankstown Bulldogs in Round 5.

Brisbane looked out of sorts in that clash and will need to rediscover their attacking ability if they are to get the better of a Roosters side desperate to bounce back after an unexpected loss.

In an unchanged 17, James Roberts has been named for the Broncos despite doubts over a hamstring injury. David Mead is on standby while Kodi Nikorima is also on the extended bench.

For the visitors, Dylan Napa (ankle) is out, with Isaac Liu starting at prop and Kane Evans joining the bench.

‌Why the Broncos can win: They say defence wins premierships and if that were the case the Broncos would count themselves as competition contenders. Brisbane have only conceded 75 points this season – ranking them third in the competition for points conceded. Only the Storm and the Dragons rank better, but many would argue the Broncos' defence has been the most impressive after playing matches against all of last year's top four. It's their attack that has been the issue, struggling to find the flair that guided them to the 2016 semi-finals. If their attack can click on Thursday night then they will be hard to beat at home.

Why the Roosters can win: Latrell Mitchell and Michael Gordon have been on fire for the Roosters, with both battling it at the top of the 2017 try-scorer leaderboard. Mitchell has been outstanding since moving to left centre; scoring five tries to be outright leader for tries scored in the NRL this season. Gordon sits one behind Mitchell on four tries, with the Roosters' off-season recruit hitting career-best form at the back for the Tricolours. These two have formed an attacking combination to be feared and the Broncos will have to be at their best to shutdown any attacking raids aimed at their right-side defence.

‌
The history: Played 43; Broncos 26; Roosters 17. The last 12 matches between these two sides have been split evenly at six wins apiece. The teams met twice last year, with the home team winning on both occasions. Their Round 21 clash resulted in a 32-16 Roosters win at Allianz Stadium, while their Round 26 match-up resulted in a 24-14 Broncos win at Suncorp Stadium. Perhaps the most important historical statistic is that Brisbane have won the past three meetings between the two sides at Suncorp Stadium.

What are the odds: This is a very even betting game according to Sportsbet punters. 52 per cent of the money is with the Broncos so it's no surprise to see both sides have been backed to win 1-12. Jordan Kahu is the best backed for first try-scorer. Latest odds at Sportsbet.com.au.

How we see it: There has been something about Suncorp Stadium of late that has put the Roosters off their game, and the fact they have lost three in a row at the venue is a factor that cannot be overlooked. Brisbane will be desperate to turn their season around and a match at home off a seven-day turnaround looms as the perfect opportunity to change their fortunes. Broncos by eight. 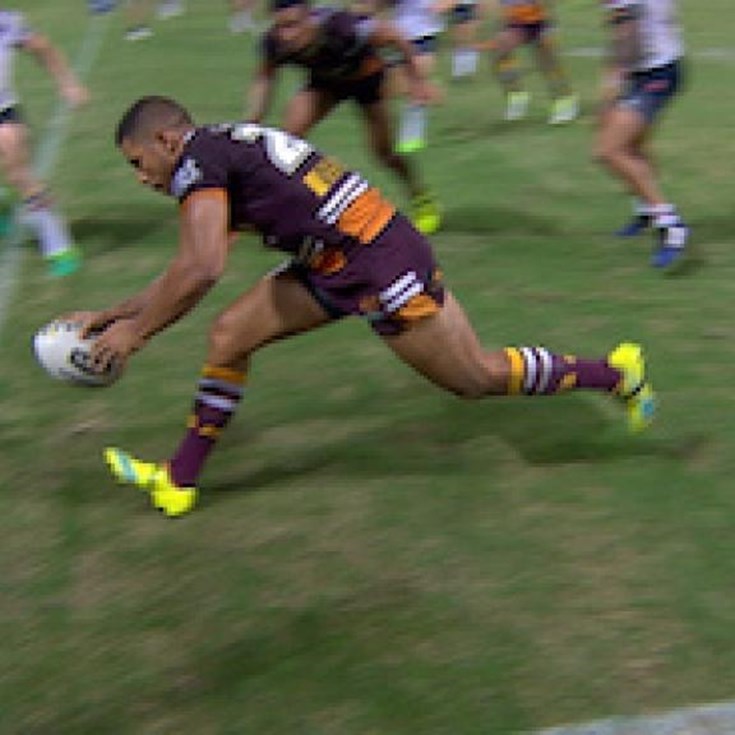