While the Warriors appeared to find some form last weekend on the way to their second win of the season, Parramatta slumped to a third consecutive loss after opening the season with back-to-back wins.

With both sides currently part of a seven-team logjam on four competition points, Sunday's match at Mount Smart Stadium presents the possibility for either the 13th-placed Warriors or 10th-placed Eels to climb closer to the top half of the NRL Telstra Premiership.

After a come-from-behind 28-22 victory over the Gold Coast Titans in Round 5, it's little surprise to see Warriors coach Stephen Kearney has stuck with the same squad.

Hooker Nathaniel Roache is named on the bench despite Mafoa'aeata Hingano being a late inclusion ahead of him in the final squad last weekend.

For the Eels there is some positive news following their 30-18 loss to the Raiders last Saturday, with Tepai Moeroa back from suspension to start in the second row.

That sees David Gower drop out of the 17, while Beau Scott starts at lock with Nathan Brown reverting to the interchange.

Why the Warriors can win: Parramatta have had some real issues with their defence this year and are ranked as the competition's fifth-worst club in terms of ineffective tackles, averaging 17.4 per match. The Eels also come off a last-up showing where they missed 44 tackles against the Raiders. On the other side of the equation, the Warriors – whose attack has been far from perfect this year – showed last week that they can punish sloppy defence, particularly with the addition of a world-class running half in Kieran Foran.

Why the Eels can win: It isn't necessarily reflected in their points scored this year, a category in which they rank 10th in the league heading into this weekend, but the Eels throw plenty at you in attack. Across the first five games Parramatta have produced more offloads than any other team bar the Wests Tigers, while in both their victories this year they scored at least 20 points. Winger Semi Radradra and standoff Clinton Gutherson both sit in the competition's top 10 for line breaks made, with five each, and the attacking threat Parra bring could really cause some issues for the Warriors.

‌
The History: Played 36; Warriors 16; Eels 20. Prior to Parramatta's 40-18 demolition of the Warriors in Round 26 last year, the Kiwi side had enjoyed three consecutive victories over the Eels. At Mount Smart Stadium Parra have won only six times, and achieved it only once since 2007.

What are the odds: Eighty per cent of the money bet with Sportsbet has gone on the Eels to cause a minor upset, and their price should continue to firm during the week if the flow of money continues in Parramatta's favour. Eels by 1-12 is the way punters are going, with Bevan French the most popular in the first try-scorer market. Latest odds at Sportsbet.com.au.

NRL.com predicts: This shapes as a match which will likely feature a couple of big momentum shifts across the 80 minutes, with both sides equally capable of completely dominating – and capitulating – for periods throughout a game. The Warriors should have gained plenty of confidence from last week's comeback victory over the Titans, and if their forward pack can hold their own against Parramatta then they are likely to have enough class to edge past the Eels this week. Warriors by six. 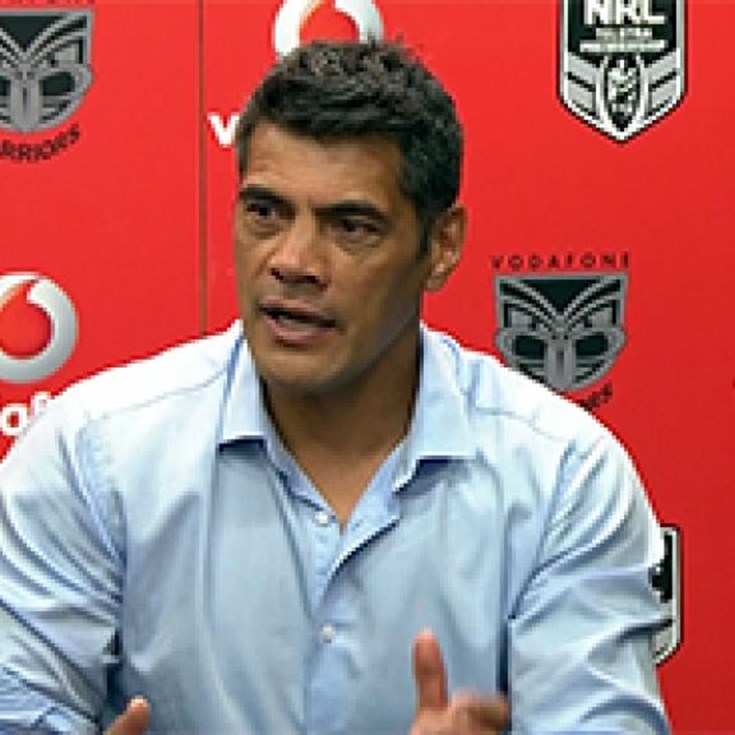 Warriors put the offloads away