In the 80-plus year history of these two proud Sydney clubs, some of the fiercest battles have come in the past few years. The seeds were sown in a historic 2014 Grand Final, won memorably by the Rabbitohs. Things amped up to 11 in the deeply spiteful 'Bad Friday' clash of 2015. As if a big Easter weekend opener needed any extra motivation, it's fair to say these two teams add plenty of spice when they kick the Round off every year.

In terms of recent form, the Dogs snapped a worrying run of poor form with a gritty 10-7 win over the Broncos a fortnight ago but were less convincing in a win over the Knights that they could easily have lost if the bounce of the ball favoured their opponents in a few key moments.

The Bunnies bounced back (after back-to-back 20-6 losses against the Roosters and Cowboys) with a one-point win over an understrength Penrith side but - despite coming off wins last week - both teams are still struggling to find their best form and sit just outside the top eight currently on differential.

Bulldogs coach Des Hasler has regained the services of Kerrod Holland (shoulder) whose return moves Brett Morris to fullback with Brad Abbey out of the side. Adam Elliott earns his first starting jersey in the back row with Greg Eastwood shifting to lock for David Klemmer (ankle). Impressive rookie Matt Frawley has been dropped to the reserves list despite being a massive part of his team's form reversal and may yet return to the 17 come game day. Francis Tualau joins the bench.

‌Why Bulldogs can win: James Graham's 140.4 metres per game are the seventh-most by a prop but in the past fortnight's victories that average is 200 metres per week. His 235 tackles are the most by any front rower. While Klemmer is a big loss, Aiden Tolman has also been churning through the numbers with 290 metres and 95 tackles over the past fortnight. Look for impact man Adam Elliott to relish the increased responsibility after impressing in short stints off the bench so far this year.

Why Rabbitohs can win: An ice-cold field goal from senior half Adam Reynolds sealed the win last week but that result – like pretty much everything good about the Bunnies so far in 2017 – came off the back of another masterful performance from in-form five-eighth Cody Walker. The Casino product has been making the most of his late start to the NRL since debuting at 26 last year. He has amassed eight try assists and seven line breaks with 21 tackle busts and two tries so far in six games this season, making 120 metres per game and only looks to be improving each week.

‌
The history: Bulldogs v Rabbitohs: Played 154; Bulldogs 80; Rabbitohs 70; Drawn 4. Souths have a narrow 6-4 advantage in the past 10 games while the past four Good Friday meetings are split two apiece. Canterbury have a 15-8 winning record in matches between these two teams since 1999 at ANZ Stadium.

What are the odds: This is by far the most even betting game of the round according to Sportsbet, with the Bulldogs receiving 52 per cent of the money in the head-to-head market. Both sides have been backed to win 1-12 so punters really can't make their minds up on this one. Latest odds at Sportsbet.com.au

NRL.com predicts: A very tough one to split; the Dogs have the edge in the forwards but Souths have a clear advantage in the playmaking stocks. If their pack can do enough, Walker, Reynolds and co. should be able to make the most of their chances so we'll edge towards the Rabbitohs by a Reynolds field goal. 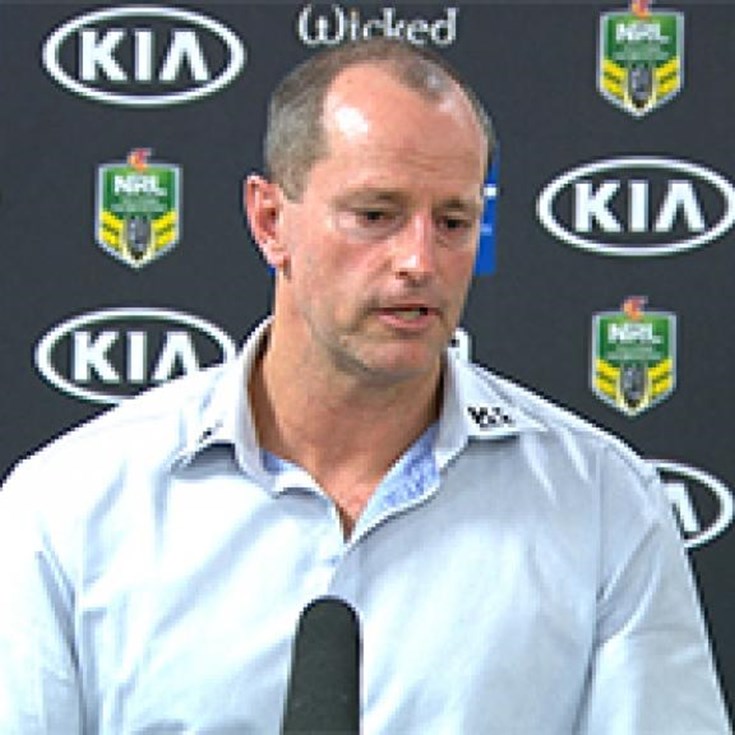