Fox League commentator Andrew Voss asks who was the luckiest NRL player in Round 6, takes a look at the Cowboys' chances without Johnathan Thurston, gives his thoughts on the Kiwis line-up and suggests some new awards for the Dally Ms.

Which player should have bought a lotto ticket this week?

After all we went through last year reacting to player contact with referees, I was left staggered that no action was taken against Semi after colliding with referee Matt Noyen in the second half of the Eels game against the Warriors. At the very least, it should have been a fine.

Tyson Frizell and Kieran Foran, to name just two, must have been left speechless.

It's my understanding that our on-ground officials are coached to look over their shoulders when a break is made to make sure they are clear of chasing defenders. Now in this case, Noyen may have erred in that regard.

But on what I saw, Semi also had a responsibility to try a little harder to avoid contact, and it was delivered with some force.

There was quite a contrast with another 'player contacting referee' incident from last week. Watch the highlights of Souths against Penrith and see Leilani Latu's reaction at making contact with referee Ben Cummins in the in goal area as Adam Reynolds scores a try.

Latu's remorse is obvious, but he had virtually a split second to try and avoid the collision. In my opinion, Radradra had a little longer. I fear that to let this one slide with no penalty is going to come back to bite us later in the season.

How good was the Broncos' performance against the Roosters?

I thought some of the Brisbane attack in this match was as good as I've seen from any Broncos side in recent years.

And that opinion is backed up by the stats. Brisbane had an impressive 88 per cent completion rate. They had 15 offloads. They made 11 line breaks. They scored five tries and should have had at least one more. For much of the game they just dismantled the Roosters defence.

If Wayne Bennett's team can repeat that sort of performance on a regular basis, I'll be putting them in big bold print as a genuine title contender.

Do we need any new awards at the Dally M's this year?

We do after last Thursday night at Suncorp Stadium.

There has to be an award for 'Best ankle tap' because Andrew McCullough's moment of desperate defence on Michael Gordon was as exciting and dramatic as any play I've witnessed this year.

While I'm at it, can I garner any support for some other awards to actually be added to our big night in September?

Why not 'Best field goal'?

But the one I really want to see, how about 'Best diving try in the corner'?

This would not be a token gong. I think it is a category worthy of greater recognition in the modern game.

Can the Cowboys win without Johnathan Thurston?

I can't tip Paul Green's side against the Dragons this Saturday, and I'll be thinking long and hard about the following week's clash with the Knights as JT is forced to watch from the grandstand.

I know Cowboys fans are probably tired of reading the statistics but for the rest of us, how do we possibly overlook the success rate of North Queensland, or lack of, without their main man?

But this time it's worse in my opinion as the side appeared to already be below par minus injured hooker Jake Granville last weekend against the Wests Tigers. Granville is likely to be sidelined longer than Thurston due to a fractured leg.

It wouldn't surprise me if the Cowboys slipped from a win-loss record of 4 and 2, to 4 and 4 by the end of Round 8.

Does anyone think now that Cronulla are no chance of going back-to-back?

Certainly not me on what has unfolded over the opening six rounds.

This is such an even competition, and while the Sharks may not be quite as dangerous in attack as they were in 2016, their defence looks fairly solid, and they still have that crucial ability to grind out a win as they did last Sunday in Melbourne.

The confidence they have in their ability after winning the premiership is there for everyone to see.

History says it won't happen, but eventually one side will claim consecutive titles again. Why not the Sharks in 2017?

How is New Zealand shaping up for next month's Test against Australia?

I touched on a few positions last week that are wide open for the Kangaroos, but have you stopped to consider how good the Kiwis side might be if the injury Gods are kind?

I know they lost all four games to Australia last year, but they potentially have a far stronger squad for the May 5 Test in Canberra.

Back it up with the likes of Dean Whare, Shaun Johnson, Jordan Kahu, Jason Nightingale and Simon Mannering.

We could be looking to a classic Test match. That augurs well for the Rugby League World Cup at the end of the season.

‌
I'm hoping to be among a big Good Friday night crowd at Suncorp to call the Broncos against the Titans on Fox League.

And then I’m going to follow the Easter Bunny out to Pepper Stadium on Sunday for the Panthers against the Sharks. 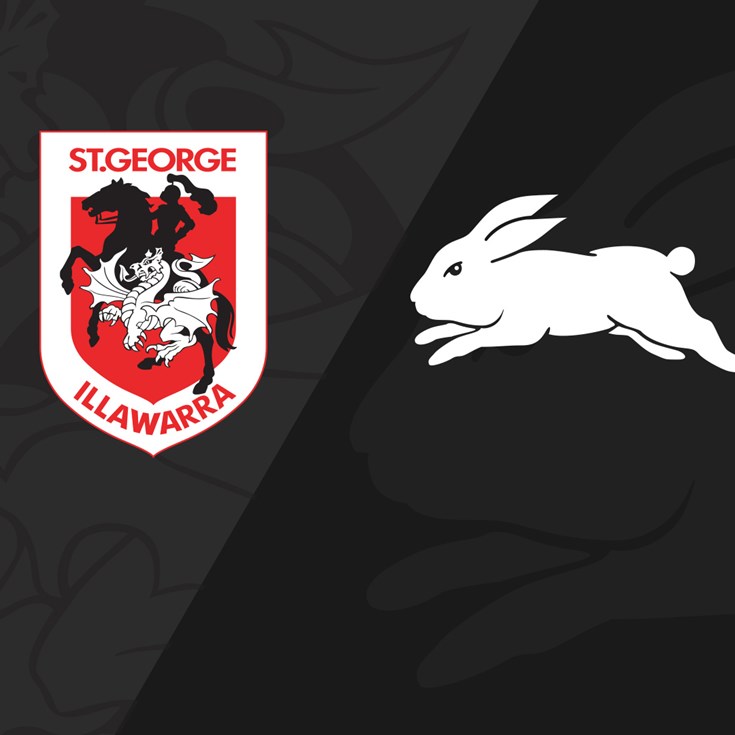