Playing in a blockbuster clash on the long weekend is nothing new for Robbie Farah, but after featuring in several Easter Monday clashes for the Wests Tigers, the Rabbitohs hooker is looking forward to the challenge of the traditional Good Friday match against arch-rivals Canterbury.

‌"Even when I was at the Tigers, those big games against the Sydney teams, you'd generally tend to have a rivalry against them and both supporter bases usually get stuck into each other," Farah said.

"There has been some history in the Good Friday games between the Rabbitohs and the Dogs - and I've had to watch from afar - but it's good to be a part of it now.

"The boys have spoken about how big an occasion it is so I'm expecting a big crowd out there on Good Friday which will make it feel like a semi-final."

Last year's Good Friday clash was a one-sided affair with the Bulldogs running out convincing 42-12 victors, but the previous two meetings proved to be a lot closer with the blue and whites scraping home by a point in 2014 while the Rabbitohs exacted some revenge in a drama-filled 18-17 contest 12 months later.

Rabbitohs halfback Adam Reynolds was at the centre of controversy on that occasion after he was illegally met by Bulldogs skipper James Graham whilst attempting a field goal, allowing teammate Bryson Goodwin to slot a 79th-minute penalty to win the game in stunning circumstances.

Reynolds was injured in the play and missed three matches as a result, but the 26-year-old said he was happy to move on from the controversial incident that sparked wild scenes at ANZ Stadium.

"That's nothing I can control – there are no hard feelings there. Injuries happen; it's just a part of the game. For me it's another chance for us to get out there and show what we've been practising at training," Reynolds said.

"It's always a good clash to be a part of. There are always big crowds out there and it's a great time of the year. Both teams look forward to this clash and it'll be the same again this year."

While Reynolds's right boot could prove telling on Friday afternoon, the key battle will be in the middle of the field with both forward packs integral to the fortunes of their respective teams.

Rabbitohs prop George Burgess said he was looking forward to renewing his rivalry with fellow Englishman James Graham at the same ground that saw the Bunnies and Bulldogs face-off in the 2014 Grand Final.

"They've got a great forward pack with James Graham leading them and it won't be any different this week. We're all looking forward to the challenge and getting out there on Good Friday," Burgess said.

"This clash is one that I always look forward to on Good Friday because everyone gets out there and goes to the Easter Show and has a great day so it's always a great crowd.

"It definitely has the same atmosphere as a finals game when you've got those kinds of numbers coming through the gates." 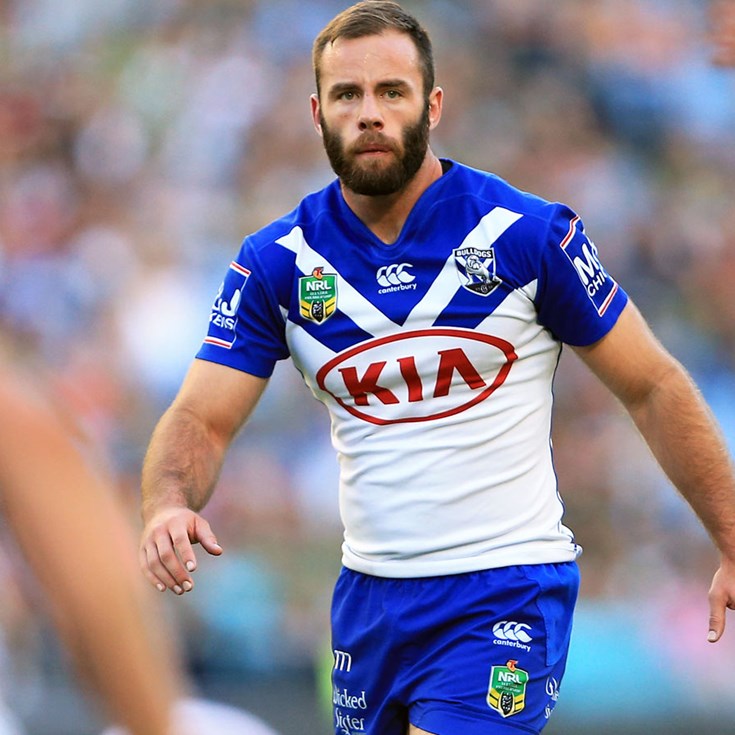