The Roosters have staved off a valiant Knights side to hold on for an important 24-6 win at McDonald Jones Stadium on Friday night.

After missing 47 tackles against the Broncos last week, Trent Robinson's men responded in style to hold their opponents to just one try despite having to do a lot of defence on their own line.

The game was in the balance for 65 minutes but a couple of late tries to Roosters halves Luke Keary and Mitchell Pearce proved the difference as the Tricolours notched their fifth win of the season.

It was another night of 'what-ifs' for Newcastle who were brave in front of a bumper crowd of 21,412 diehard supporters, but couldn't land the killer blow in the clutch moments.

Knights lock Mitch Barnett almost gave his side the perfect start when he appeared to ground a grubber in the in-goal, but just like last week the Bunker intervened, ruling the ball had touched his arm in the lead-up.

Newcastle had been in control for the first 17 minutes of the contest but found themselves trailing after slick skills from Jared Waerea-Hargreaves and Shaun Kenny-Dowall released Paul Carter who in turn found Mitchell Pearce, with the ball ending up in the hands of Joseph Manu who put on some fancy footwork to step his way over for his first try in the NRL.

The Roosters doubled their advantage eight minutes out from half-time when Michael Gordon shot through a gaping hole to score off a perfectly-timed Pearce pass to make it 12-0.

Having been held scoreless at the break for the fourth match in a row against the Roosters, a fired-up Knights side burst out of the blocks in the second stanza with Dane Gagai delivering a masterful flick pass to send Ken Sio over for a crucial try.

The Roosters then lost hard-running forward Ryan Matterson to an ankle injury, with the in-form bench player replaced by Sio Siua Taukeiaho who returned after almost eight months on the sidelines recovering from ACL surgery.

Nothing was going right for the Roosters with Luke Keary's attempted 40/20 adjudged to have gone out on the full by mere millimetres. But instead of kicking stones, the nifty five-eighth stepped up when it mattered most to slice through with sheer speed to give his side a 12-point cushion with 15 minutes remaining.

Halves partner Mitchell Pearce then put the icing on the cake with a powerful solo effort close to the line to seal the win and end his side's two-game losing streak. 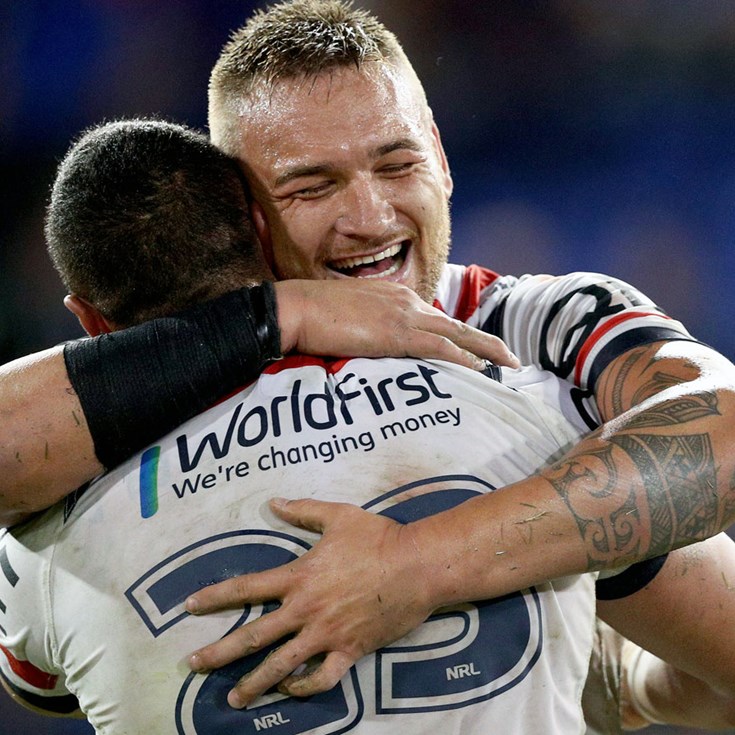