The North Queensland Cowboys will take on the Newcastle Knights at 1300SMILES Stadium, in what would ordinarily be tipped as a thrashing for the Knights given their current form. But that's not necessarily going to be the case given the Cowboys' massive injury list in 2017, which includes three of their four spine players.

The Cowboys will welcome their return to 1300SMILES Stadium despite struggling there this year, losing to both the Manly Sea Eagles and the Wests Tigers at home.

They'll also have gained confidence in their playing ability without Thurston, having put in a stellar second half against the St George Illawarra Dragons last week. Ball security will be a key message from coach Paul Green, given the Cowboys had an 81 per cent completion rate in the second half of last week's clash when they almost ran the Dragons down.

The Knights on the other hand will be looking to claw their way off the bottom of the ladder, but it might not be enough motivation to help them get over the Cowboys. Their defeat at the hands of the Sydney Roosters last week will still be burning, and they'll be eager to replicate the efforts of Manly and the Tigers in Townsville.

‌Why the Cowboys can win: Johnathan who? That was the joke last week after 104kg forward John Asiata came into the halfback position for the injured Johnathan Thurston, and he didn't disappoint. Racking up two try assists and 97 running metres, the Cowboys will be delighted with his performance and hopeful that he can replicate it for 80 minutes this week. With Michael Morgan having a similarly excellent performance (one try and a try assist) consistency is all that stands in the way of the Cowboys. If they can complete at above 80 per cent, execute good fifth tackle options and have fluency in attack the Knights will be hard-pressed to score a point. The return of Antonio Winterstein should bolster their attack and defence significantly.

Why the Knights can win: The Cowboys have only won two games at home this year, and the Knights will be looking to capitalise on that and the absence of several of the Cowboys' key players. Trent Hodkinson will undoubtedly pepper Kyle Feldt with bombs given his recent struggles under the high ball, and Kalyn Ponga will be tested in attack and defence. Ken Sio and Dane Gagai will be keen to probe the Cowboys to see if Winterstein has lost any of his defensive grit after being on the sidelines for a month, but will only be able to do so if their forwards can dominate in the middle.

‌
The history: Cowboys v Knights. Played 35; Cowboys 16; Knights 19. The Knights have the run of victories on the Cowboys, but in recent times the Cowboys have shown better form, having won six of their past nine clashes.

What are the odds: Sportsbet punters love a big price and they've taken a liking to the Knights against an injury-hit Cowboys side. 80 per cent of the money in handicap betting is with Newcastle, where they're receiving a handy points start. Latest odds at sportsbet.com.au.

How we see it: When it's eighth against 16th both teams have a lot to play for, but the Cowboys will be even more eager to keep themselves in the top eight before the return of some of their key players in a few rounds. Given the Knights' recent close losses it's doubtful they'll be thrashed by an under-strength Cowboys, but they won't be able to get over them either. Cowboys by 10 points. 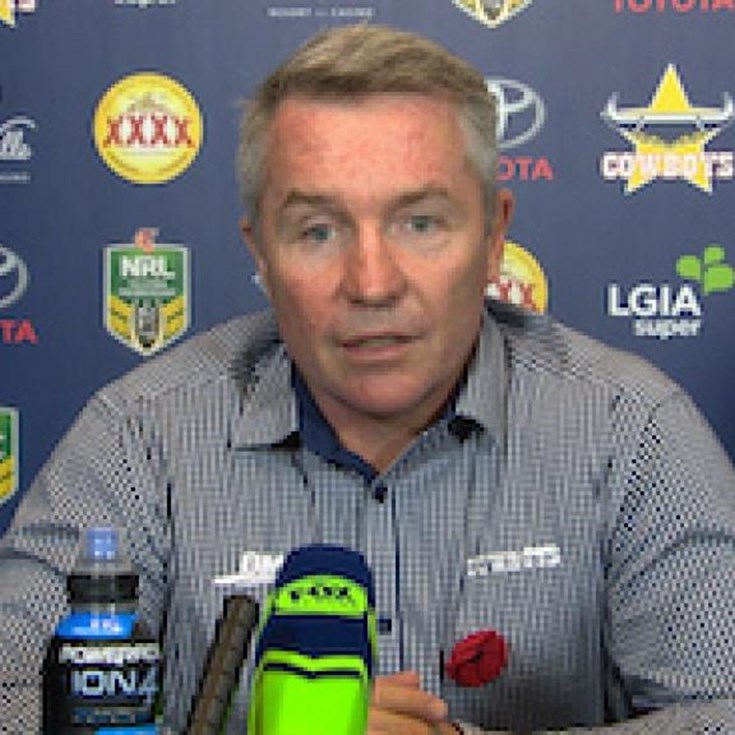 Winterstein returns for the Cowboys