The battle of the west is on again as the Eels host old rivals Penrith at ANZ Stadium on Saturday. This one will be high in the desperation stakes with Penrith hoping to snap a three-game losing run with just two wins from seven games and the Eels just a solitary win ahead of them having ending their own four-game losing run in less-than-convincing fashion against Wests Tigers on Easter Monday.

The good news for Parra is the much-improved form of stand-in five-eighth Brad Takairangi and fullback Clint Gutherson compared to the previous week's loss to the Warriors with those two – along with centres Michael Jennings and Kirisome Auva'a – among the team's best.

Coach Brad Arthur has named an almost identical team to the one that won on Monday (despite plenty of speculation that Mitch Moses may soon be inbound from the Tigers). A pec injury to Peni Terepo and the return from suspension of Kenny Edwards means the latter is a straight swap in on the bench in the only change.

Panthers coach Anthony Griffin has named an unchanged team despite fears back-rower James Fisher-Harris may have suffered a shoulder injury last week. Bryce Cartwright is again named in the reserves as he edges closer to a return.

‌Why the Eels can win: In recent weeks the Eels have been coming up with errors when they try and shift it wide but against the Tigers far more of those passes were sticking – especially in the second half. Auva'a slotted in beautifully and showed he'd lost none of his pace on his way to two tries and six tackle busts while Jennings was in vintage form as he busted a whopping eight tackles and scorched his way to 217 metres despite not registering a line break. Provided the Eels remember they need to do the hard yards in the middle first, some late wide shifts could well target Penrith's outside men on Saturday.

Why the Panthers can win: Penrith still look far too good a team to be where they are on the ladder, last week's struggles notwithstanding. They could easily be four from seven had things gone their way against the Roosters and Rabbitohs and their wins over the Knights and Tigers were commanding. They certainly got too side-to-side last week when Cronulla's ferocious defence shut them down but in their last win four weeks ago Nathan Cleary managed a try and six tackle busts while Te Maire Martin had a try, a line break assist and two tackle busts so if the young halves can back themselves to take the line on a bit more there's no telling what they could create for their ball-playing back-rowers against an Eels defensive line that has been fairly worryingly easy to crack over the past month.

‌
The history: Played 93; Eels 55; Panthers 37; Drawn 1. Penrith have a slight edge of late, winning six of the past 10 meetings including the past two. These teams have only met once at ANZ and that was back in 2001 but Penrith's recent record there against other sides is poor, with just two wins from their past 12 visits including four straight losses, while the Eels have four wins from their past six at the venue.

What are the odds: The most even of the markets this round sees Parramatta with 55 per cent of the punter support. Sportsbet reports both sides have been backed to win 1-12 with very little interest in the 13+ option. Latest odds at sportsbet.com.au.

NRL.com predicts: This is one of the toughest tips of the round and much will depend on to what extent Penrith can recapture their mojo against one of their traditional rivals. The Eels looked to have possibly turned the corner last week but will it be enough against a desperate Panthers outfit? We'll back the mountain men to avoid a fourth straight loss with a hard-fought six-point win. 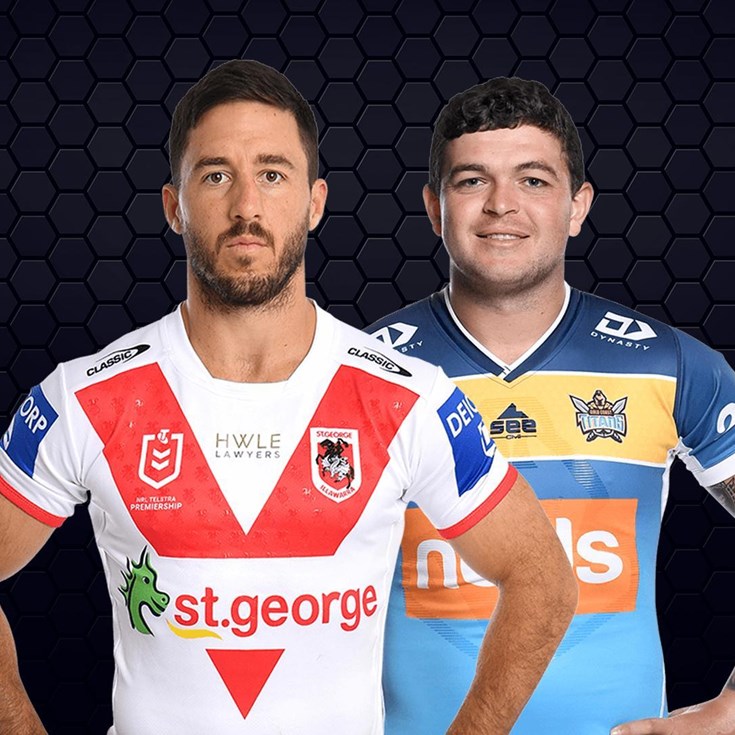