Versatile Brisbane Broncos outside back David Mead has admitted he is still adjusting to life as a bench utility after playing majority of his career on the wing.

After a stellar performance in Corey Oates's absence in Round 6, Mead gave coach Wayne Bennett the ultimate selection headache for Brisbane's Round 7 match-up with the Gold Coast Titans.

Bennett knew he couldn't drop the former Titan, instead moving him to the bench to accommodate the return of Oates.

It's a role Mead hadn't played since his early days at the Titans, with the PNG international having last started off the bench in the NRL during Round 18 of the 2009 season.

He had an important part to play in that match, scoring the match-winning try in Gold Coast's 18-12 win over the Parramatta Eels.

‌Mead's role for Brisbane last week was equally important, coming on for an injured Jordan Kahu when the Titans had seized momentum with 10 minutes to play.

But his most significant act was still to come as Gold Coast had one last chance to snatch victory.

Trailing 24-22 in the dying seconds, Titans hooker Nathan Peats put a cross-field kick in for Tyronne Roberts-Davis who Mead was marking on the wing.

Roberts-Davis looked certain to score before Mead batted the ball dead to secure a win for the Broncos.

It's a play Mead needed to make after being put on somewhat unexpectedly when Kahu broke down with a groin complaint.

Despite being called onto the field rather suddenly, Mead said he was preparing himself to go on at any minute as soon as the game kicked off.

"It's a bit weird. I'm not usually coming off the bench so I need to get used to it," Mead said.

"I'm making sure that I warm-up every 10 minutes so I'm prepared to be put on at any minute.

"It's a bit different to what I normally experience. I get told to expect to play anywhere.

"If someone gets hurt I have to be ready to fill that role. That can be in the outside backs or even in the middle like Benji [Marshall] did against the Melbourne Storm a couple of rounds ago."

Like Marshall, Mead is all about doing his bit for the good of the team with a win and two competition points the ultimate goal whenever he takes the field.

The 28-year-old said he was happy to keep coming off the bench if that's what the team needs from him.

"I played about 10 minutes at the back end of the game but that's fine," he said.

"Obviously any player would like to get more minutes, but the thing is it doesn’t matter if you get put on with a minute to go or 80 minutes to go because you still have a job to do.

"As a player you just have to focus on what the team needs from you." 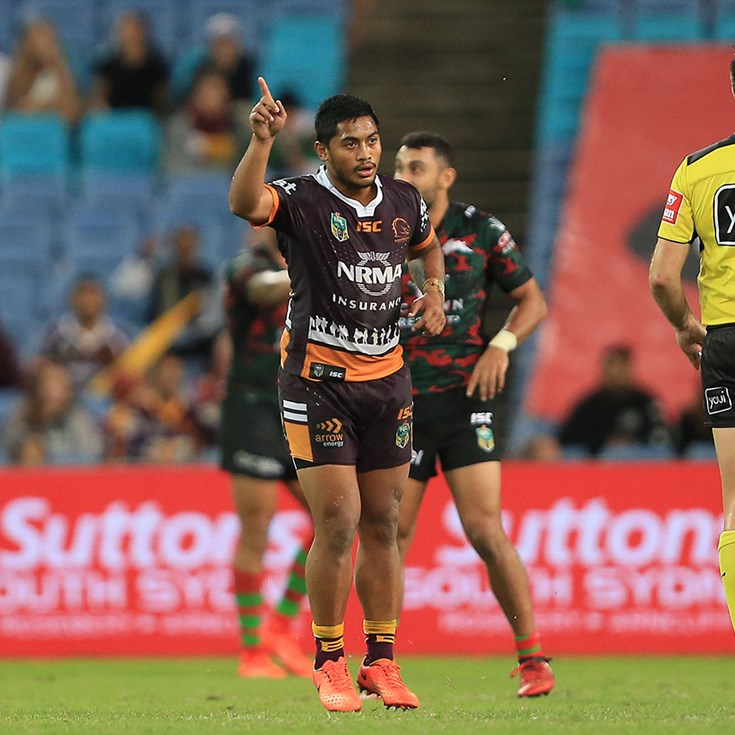