There were plenty of positives to come out of the Roosters' 24-6 win over Newcastle on Good Friday, but perhaps the most significant was the return of powerful middle forward Sio Siua Taukeiaho from a serious knee injury.

The Kiwis international tore his ACL in the second minute of his side's Round 25 loss to the Sharks in 2016, cutting short what had been an outstanding individual season in an otherwise bleak year for the Roosters.

After nearly eight months on the sidelines Taukeiaho returned off the bench against the Knights, finishing the game with 138 metres from just 30 minutes of action.

The 25-year-old found out last Wednesday he was going to be in the squad to take on Newcastle, and after months of gruelling rehab, Taukeiaho revealed just how special it was to get back on the field.

"I was just trying to get my head around the fact that I was going to play because it's been a while," he told NRL.com.

"I can't describe what was going through my head when I found out I had done my ACL. I knew I just needed to get back on track and get my rehab done so I could get back out there for the boys."

‌
As it turns out, it wasn't just the boys who were motivating him to get back on the field, with Taukeiaho desperate to smash through his rehab in time for his wedding in October last year.

"I had never done my ACL before so I didn't know what it was going to be like, but one of my goals was definitely to be able to walk in time for the wedding," Taukeiaho said.

"I had my operation done ASAP so I could start walking because I didn't want to be in a wheelchair going down the aisle to my wife. There was no brace so everything was able to go to plan."

Taukeiaho was quick to thank teammate Jared Waerea-Hargreaves – who did his ACL in 2015 – for helping him get through the hellacious rehab process in time for his special day.

"He'd give me tips all the time about what I needed to do and what I needed to work on through my rehab. He went through something similar so he knew exactly what I was going through so it was a huge advantage to have him there by my side," Taukeiaho said.

"Rehab was tough for me. I hated having to wake up every day at 7 in the morning for an 8am start. I knew I'd get smashed throughout the whole week and at the time you're thinking to yourself 'what if something happens again?' but I'm just so glad that everything worked out.

"I have a lot of people to thank for sticking by me through thick and thin over the whole journey of my ACL journey. After the game tonight I made sure I found them and thanked them for everything they've done for me."

With the mid-season Test fast approaching Taukeiaho said he'd love to pull on the New Zealand jersey again, especially after his Four Nations tour ended before it had even begun last year, but admitted he had to play some outstanding footy at club level for that to happen.

"I've got to focus on myself first and make sure my body is ready before I can start thinking about playing for the Kiwis," he said.

"I've got a job to do for the Roosters but if I perform well each week then hopefully my performances will be enough to get back into that Kiwis team." 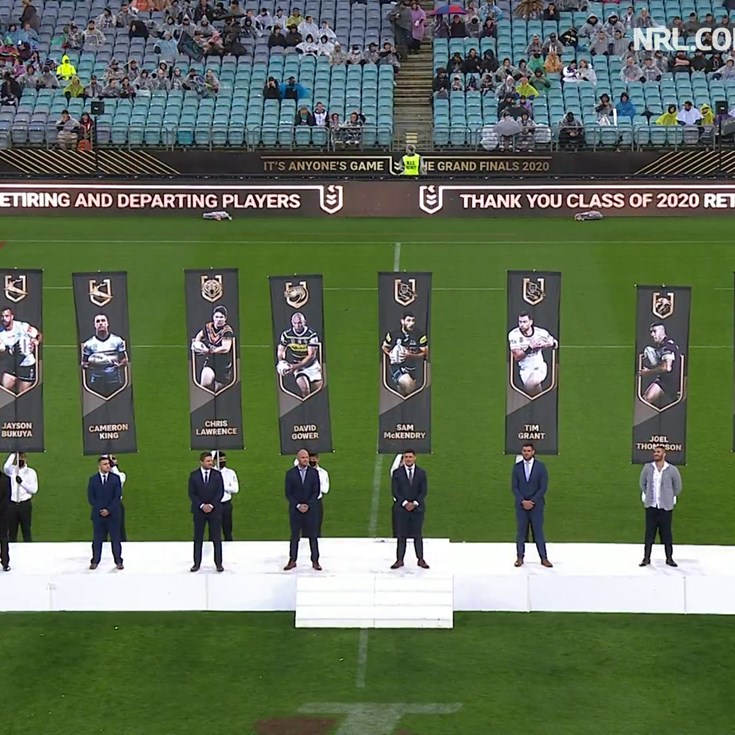 Keys to six-cess: The creative threats of Luai and Munster

Unthinkable: How NRL achieved the impossible