Both sides are coming off bruising Anzac Day encounters on Tuesday with a quick five-day turnaround.

The Dragons suffered an agonising 13-12 extra-time loss to the Sydney Roosters and with the devastating six-week injury of in-form half Gareth Widdop, the real test for the early-season surprise packets starts now.

As they slowly gain a full-strength side, the Storm are flying high as outright leaders on the NRL ladder with a strong 7-1 record.

Rising star Cameron Munster started at five-eighth for the first time since returning from injury in an impressive 20-14 victory over a feisty Warriors outfit.

Travelling to Wollongong is no easy task but Melbourne are determined to consolidate first place before the representative break next weekend.

‌Why the Storm can win: On top of the table with a convincing 7-1 record, the Storm are the NRL benchmark this season. They are dominating the competition with their league-best defence. They remain the only side to concede less than 100 points after Round 8, leaking a stingy 99 points (12.4 points per game). While their eighth-ranked attack continues to be a work in progress, there are promising signs of improvement in recent rounds. After topping the competition with the most errors, the Storm completed 31 out of 34 (91 per cent) and 35 out of 40 (88 per cent) in their past two wins over the Sea Eagles and Warriors. They face a Widdop-less Dragons side who has been key to their early-season success. Without Widdop steering the side, St George Illawarra remain vulnerable to the clinical Storm. Melbourne also have the added motivation of securing the win before the Representative Round and taking a well-earned break after building a solid 8-1 record if they claim victory.

Why the Dragons can win: The 6-2 Dragons will test the resilient Storm defence with their NRL-best attack. They are the only side to score over 200 points for an average of 25.4 points per game (203 points total). Unfortunately, Widdop has been a driving catalyst in their attack and they will need to find alternate options. One such option is fullback Josh Dugan whose notable form has been rewarded with inclusion as centre in the Australian Kangaroos side next weekend. The red and white forward pack has been a shining light for the side led by Paul Vaughan, Russell Packer, Joel Thompson, Jack de Belin and Tyson Frizell (who returns to the Australian side with Dugan). St George Illawarra were carrying plenty of momentum with a five-game winning streak before last round’s loss, and the last time they played at WIN Stadium they held on for a 28-22 victory over the Cowboys after a dominating 28-4 half-time lead.

‌History: Played 33; Dragons 9; Storm 23; Drawn 1. The last time the two sides played, the Dragons took advantage of a Storm side missing several stars serving Origin duty, to win 20-10 at WIN Stadium. Previous to that, the Red V pushed Melbourne to the limit as the Storm held on for a tight 18-16 victory. Melbourne have won six of their past nine clashes, including three of the past four contests.

What are the odds: By far the biggest betting game of the round, Sportsbet punters are leaning towards Melbourne, with the money running three-to-one in favour of the Storm. Having said that, Melbourne 1-12 is much more popular than 13-plus. The Dragons have received the bulk of support at the line. Latest odds at sportsbet.com.au.

How we see it: The Dragons are determined for an impressive performance at home as well as to solidify their strong start to the season to sit in second position. However, it’s fair to say this is the Red V's biggest test of the season and it’s made even harder without Widdop who has been in super form. With the luxury of next weekend’s break, Melbourne coach Craig Bellamy will ensure his side is prepared enough to claim the two competition points and remain on top of the table. Storm by 14. 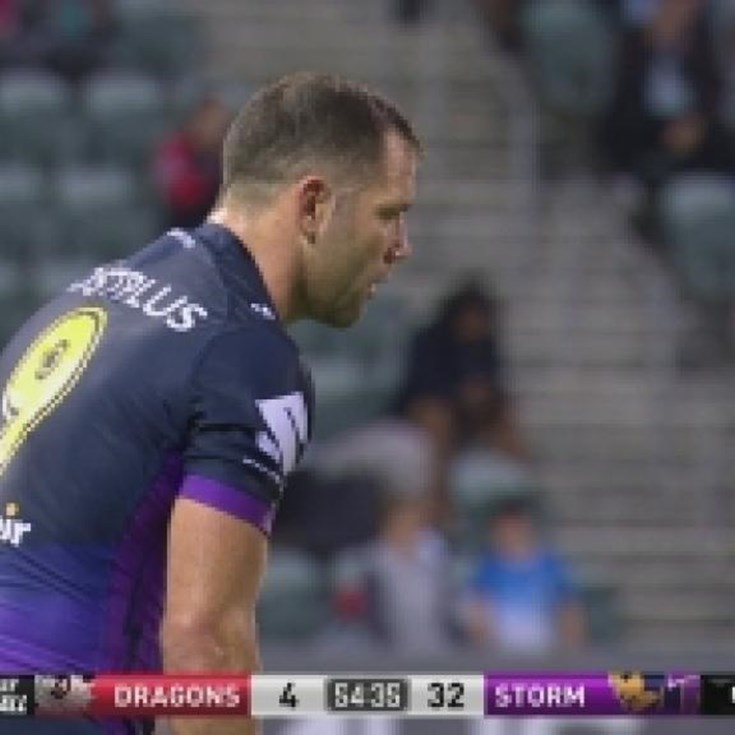