Bulldogs back-rower Adam Elliott's confidence was shaken when a long-awaited NRL debut last year didn’t pan out how he had hoped and it has taken a full year to get back to the point he felt comfortable pumping out an impressive 80 minutes against the Raiders on Saturday.

‌Elliott revealed it took some inspirational words from prop Aiden Tolman to help him through a mammoth stint after skipper James Graham was ruled out of the 16-10 win early on with concussion, putting a huge load on the remaining forwards.

"Last year I got a couple of chances, made my debut in Round 1 and got food poisoning, I was really sick, that was a big hit to my confidence," Elliott reflected.

"When you get that first game and especially because I'd overcome a bit of adversity myself with a bit of injury and stuff [already], I really wanted to come out and have a blinder of a debut and it just didn't work.

"I think it was a bit of a knock to my confidence and to be honest I just didn't believe in myself enough last year. Luckily I started [this] year pretty well and I know this is hopefully the place that I belong. 'Dessie' (coach Des Hasler) has shown a lot of faith in me to give me that start again tonight."

Elliott was an important left-edge assault from the Dogs – which also featured a blinder from veteran centre Josh Morris – that made the vaunted Raiders' right edge look decidedly pedestrian.

He wasn't getting carried away with his two tries though, instead seeming more relieved to have got through his first 80-minute spell without letting his teammates down.

"It's definitely the most minutes I've ever played in the NRL and I'm feeling it now," he said.

"I've had a couple of stints of 60 to 70 minutes but going that full 80 – I just sat down and spoke to 'Jacko' (Josh Jackson), he does it every week so I can't whinge. [But I'm] very happy personally with my game to be able to get through the 80."

Elliott revealed it was some inspiring words from Tolman that helped lift the team to a stunning second half effort despite being down to 15 men with Josh Reynolds (hamstring) joining his skipper on the sidelines before half time.

"When someone like Aiden Tolman speaks up at half time you listen to him and you don't want to let him down, you want him to look you in the eye and be proud of you," Elliott said.

"He just said this is the sort of team we want to be, when adversity hits us we want to be mentally tough, we want to make sure we can come through the other side of it.

"When we go to a dark place we can keep going together. He basically just said make sure you can look at the bloke next to you and be proud at the end of the game and that typifies Tollsy, what he does every week. It was about us doing it as a 17 in that second half.

Tolman's impact on the 22-year-old Bega product started even before kick-off.

"He actually spoke to me before we ran out for the kick off and said 'you're starting tonight, you deserve it'," Elliott said. 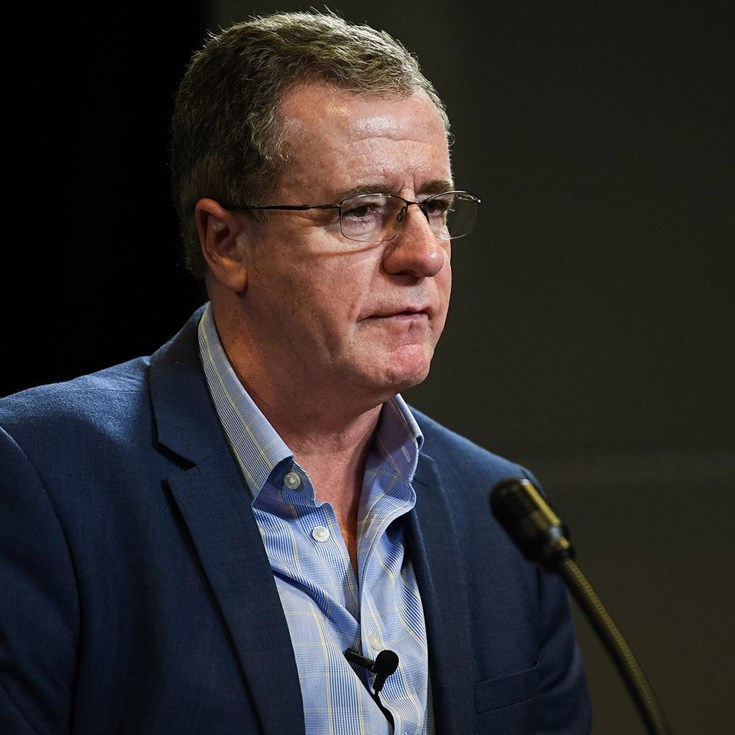