It was a night of few positives for the Kiwis, but Russell Packer's return nearly six years since his last Test in the black and white brought a smile to a couple of his former Warriors teammates.

New Zealand were soundly beaten 30-12 by the Kangaroos at GIO Stadium, with their much-vaunted forward pack well contained by an Australian side that had endured a disrupted build up to the game due to an unprecedented run of injuries to their big men.

‌
While it might have been a disappointing night on the field, Packer's performance in his first Test appearance since the 2011 Four Nations caught the eye of Kiwis coach David Kidwell who identified the prop and Simon Mannering as two of his side's best performers.

Packer – who was jailed in 2014 for assault occasioning actual bodily harm – has made a successful return to rugby league with the St George Illawarra Dragons, with his road to redemption complete with a recall to the national side.

The 27-year-old ran for 101 metres and made 22 tackles in the 18-point loss, and his presence on and off the field lifted team morale according to Mannering, his former skipper at the Warriors.

"I was really excited for Russell to be back in the squad," Mannering said after the game.

"He's come such a long way in his life and he's doing really well for himself so I thought he was really good tonight. I'm sure he'll play many more games in the Kiwi jersey.

"He's one of the loudest blokes on the training field – in a good way – with his talk and communication. He's still quite young, but he's been through a lot, and now he's a real leader amongst the group. He added a lot to the team this week."

Kiwis halfback Shaun Johnson also spent time with Packer at club level and was thrilled to see his former teammate back on the international stage.

"I was stoked for Russ. I spent all week with Russ and he's been so excited to be back in this group, and that really rubbed off on everyone," Johnson said.

"I thought he went out there and showed that to everyone tonight. He carried the ball hard, added that bit of mongrel to the pack and I really like playing with him." 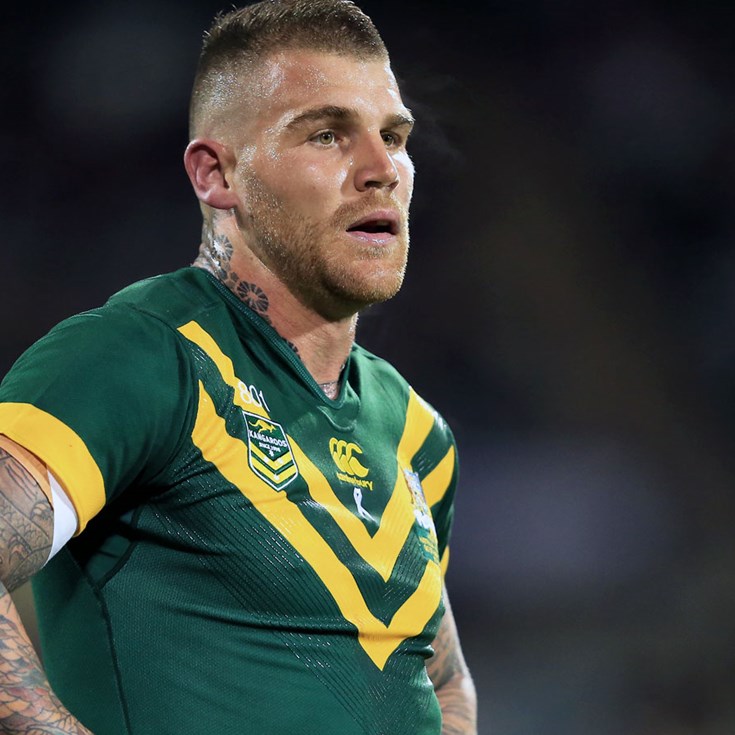 Dugan out for three weeks

Fiji first, Samoa next for Tonga