Brisbane Broncos coach Wayne Bennett has pleaded for officials to show common sense when adjudicating an obstruction, with the veteran coach calling out Manly Sea Eagles halfback Daly Cherry-Evans for what he believes was a dive.

The incident occurred in the 79th minute, with Brisbane second-row forward Sam Thaiday deemed to have obstructed Cherry-Evans' opportunity to defend by initiating contact and disadvantaging him from making a tackle on Tautau Moga.

The no-try decision denied Moga a certain four-pointer, but questions were soon asked about the legitimacy of the contact, with replays appearing to show Cherry-Evans throwing himself to the ground despite only brushing Thaiday.

It prompted commentator Greg Alexander to have his say on the matter, with one of the main voices of Fox League insinuating that Cherry-Evans took a dive, saying the Manly halfback took a step before deciding to fall over.

But the Bunker saw it as enough evidence to take the try off Brisbane, a decision that Bennett did not agree with.

‌
Speaking after Brisbane's 24-14 win, Bennett said he would be contacting referees' boss Tony Archer for clarification, warning that if common sense is not applied then players will continue to take advantage of the rule.

"The issue for the game is the last try that got taken off us," Bennett said.

"It's immaterial to the scoreboard now but if we're going to let that happen then that (set play is) just about gone out of the game.

"I'll have to talk to Tony Archer about it but you just can't have guys diving.

"That'll be the start of it tonight and then everybody will be doing it in the next two months.

"It's about (staying on) the inside shoulder line but Sam started on his inside shoulder. He (Cherry-Evans) changed his line. If he just stayed on his line then Sam wouldn't have (collided).

"You just can't get tapped like he did there and fall over backwards. It was obviously deliberate. He realised he had made the wrong decision defensively."

Broncos fullback Darius Boyd was the player who threw the last pass to Moga after receiving the ball outside of Thaiday.

While Boyd agreed that Cherry-Evans made the most of the contact, he said he would probably do the same thing if it meant he would save a try.

"At the end of the day you could probably tell in the footage (that he dived)," Boyd said.

"There wasn't really much contact involved and he knew he was gone.

"You do the best for the team and I'd probably do the same if I were in that position."

Bennett was quick to take the onus off Cherry-Evans after Boyd's comments, saying he is not blaming the Sea Eagles half for his actions.

Instead Bennett moved the focus to the NRL's officials, saying that he wants them to stamp out any such actions as the game moves into the future.

"I'm not critical of (Cherry-Evans). Darius is right, but we have officials in the game who need to make decisions and see that and say it's not acceptable," he said. 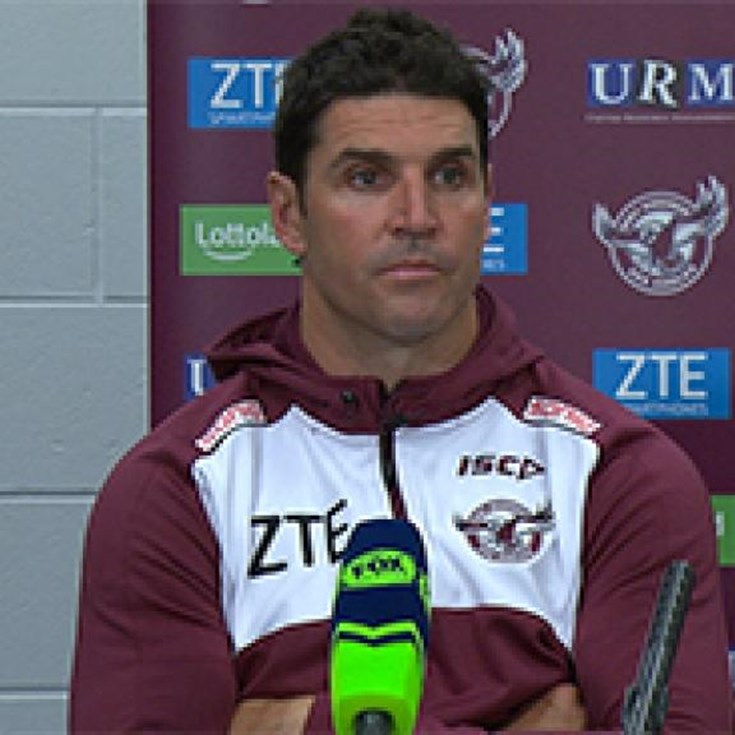