South Sydney winger Aaron Gray has revealed his future at Redfern is under a cloud with the 23-year-old using last week's return from a knee injury as an audition for a contract extension beyond the 2017 season.

With speculation ripe the Rabbitohs have signed Knights centre Dane Gagai for next season, Gray made a positive comeback to the paddock after missing the opening nine rounds of the NRL Telstra Premiership.

While the potential addition of Gagai wouldn't directly threaten Gray's position on the wing, the money the Queensland representative would command is likely to put pressure on the Bunnies retaining some of their off-contract players moving forward.

"At the moment it is all just chatter but if we do sign him then he'd be a welcome addition to this team," Gray said of Gagai.

"He's a rep player and would fit in well here at Souths but for me, I'm off-contract at the end of the year and not too worried about it to be honest.

"I just need to get back playing good footy and the rest will sort itself out.

"I don't know what I'm doing next year so all I can rely on is good performances that will get me a new contract that I need."

‌It was a welcome return to the field for the Mascot junior who put in a solid 80-minute performance and was particularly safe under the high ball.

"It was good to get back out there after a while off and it was a shock to the system waking up after the game with the body quite sore," he said.

"I haven't played any solid footy since Round 26 last year."

Gray's knee injury was the worst to come out of the NRL Auckland Nines tournament in February with scans later revealing the damage would keep him sidelined longer than originally first thought.

"It's definitely not something you want to do. I got through and completed the whole pre-season, which was a first for me, so I was feeling it was the best I've ever had," he said.

"To go out there and get injured in the first 45 seconds of the Auckland Nines was pretty shattering but you've just got to get on with it.

"It's just part of footy and I think I've done well to get back in Round 10 after working closely with the physio and sports scientists."

Meanwhile, Gagai was coy about his long-term future when asked after the Knights' 14-point win over the Raiders on Sunday.

"That's something my manager and the Knights are sorting out and my sole focus is going to be on trying to string together a few more wins," Gagai said.

"Finals football isn't out of my sights for this club and I believe we can do that if we keep turning up and putting in performances like that [against Canberra].

"It's about enjoying football and [the win] was great but the thing will be to back it up like teams other teams do." 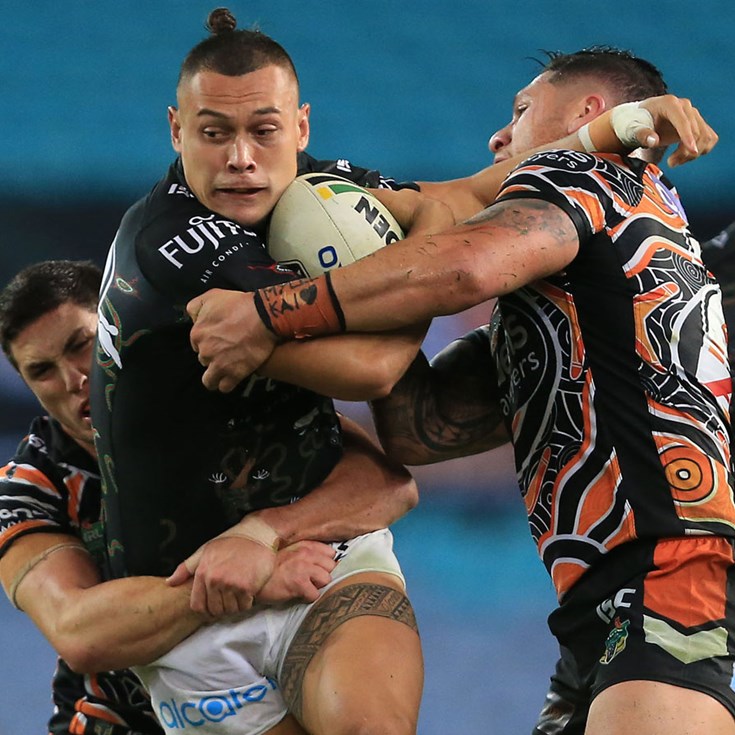