Canterbury Bulldogs centre Josh Morris admits it is unlikely he will wear a New South Wales jersey again with the first State of Origin game just a fortnight away.

The left-centre spot is one of the most heavily contested positions with Morris, Eels centre Michael Jennings and the returning Jarryd Hayne all experienced options for Blues coach Laurie Daley heading into Game One at Suncorp Stadium on May 31.

Despite being apart of the 2016 series, the 14-game veteran is adamant he won't be in contention.

"It's definitely not going to be me, I've conceded that I'll probably never play Origin again," Morris told NRL.com.

"There are a number of players that can step up and fill that role.

"Jarrod Croker has been in great form the last three years and has been unlucky not to play.

"Duges (Josh Dugan) can go there if need be and we've seen Haynesy (Hayne) play there in the last month or so and he's just a natural footballer that knows how to play at that level."

Morris has been a regular for the Blues in the past five years but missed the final two clashes as Queensland retained the shield in Game Two of 2016.

"It's probably going to be the first Origin series where I'll just be able to enjoy and not have to stress or worry about it," he said.

"I'm just excited for the team that will be picked for Origin I, there is going to be a lot of young and fresh faces that will trouble Queensland this year.

"There is a changing of the guard and hopefully the end of Queensland's dominance and New South Wales can start their run."

Defensively the Shellharbour junior and brother Brett were vital in ending the Maroons' eight-year winning streak on the left-edge for the Blues in 2014.

However the new change of attack from Bulldogs coach Des Hasler this season is beginning to add another element to the 30-year-old's game late in his career.

Morris scored six tries in 23 appearances last season but already has five four-pointers after 10 rounds of the NRL Telstra Premiership in 2017.

"It's nice to be known as a defensive player but I feel my attack this year has been good and have managed to sneak across for a few tries," he said.

"[At the Bulldogs] we're continually tweaking our attack and we haven't had an 80-minute performance where everything has gone our way.

"When it does hopefully the floodgates open and us outside backs can capitalise on that."

Morris also backed Sydney Roosters halfback Mitchell Pearce for an Origin recall off the back of a strong start for the Tricolours.

"There has been a lot of speculation about Pearcey in the last year or so but I do agree with people saying that it's a different Mitchell Pearce this year," Morris said.

"He looks a lot calmer and composed at the Roosters and is in probably the best form of his career at the moment leading the side around well."

Should Pearce make a return to the cauldron, Morris believed there are a number of options to line-up alongside him in the No.6 jersey.

"[Luke] Keary is going well with him but then there is James Maloney that played really well when he was there last year.

Canterbury have been inconsistent this season with an impressive win over the Raiders a fortnight ago undone by a comprehensive defeat to the North Queensland Cowboys on Thursday night.

The Bulldogs meet the Roosters once more this Sunday after Hasler's men were edged 28-24 by the Bondi outfit back in Round 2.

"They got us by a try last time we played them and Pearcey was on fire that night setting up a few tries so he'll be looking to stake his claim on a rep jersey again on the weekend," Morris said.

"There are a few blokes in our side looking to do the same so it makes for a good clash.

"We had that one game against Manly where we were out enthused from minute one but since then we've been in every game and quite competitive.

"Our defence in the second halves have been particularly good so we just need to concentrate on our attack.

"We were clunky on the weekend against the Cowboys so need to fix up a few things there." 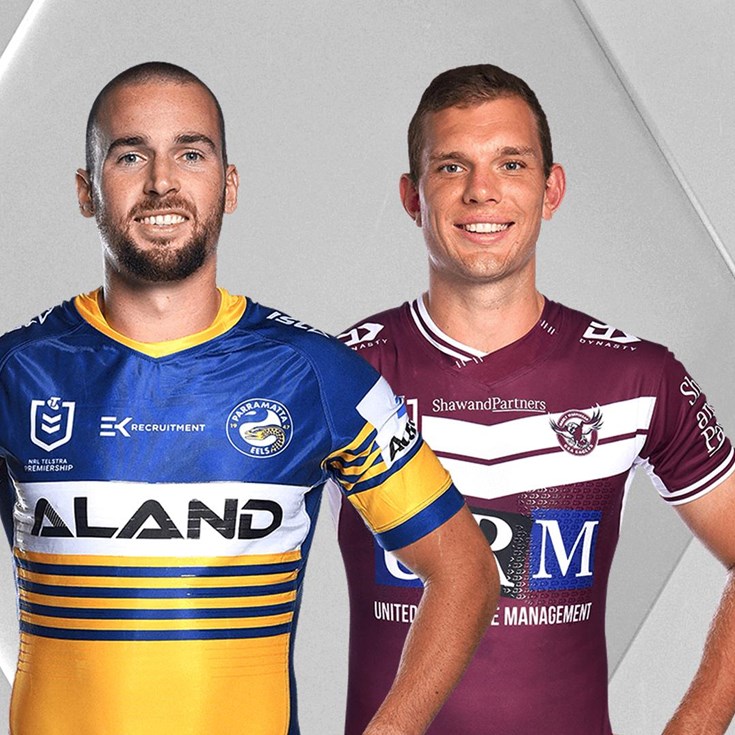