Sharks halfback Chad Townsend concedes his side must address its mounting error toll if they are to have any chance of going back-to-back in 2017.

‌The Sharks have made the most errors (122) this season, but sit in second spot on the ladder just one win behind the Melbourne Storm on the back of their impressive defensive record.

Shane Flanagan's men came up with a competition-high 14 mistakes in their Round 10 win over the Dragons, with Cronulla completing at just 68 per cent compared to the Red V's 92 per cent at UOW Jubilee Oval.

It's a worrying trend given last year's premiership was built on a high completion rate that saw them get through 36 of their 40 sets in the 2016 grand final victory over the Storm.

According to Townsend, the poor handling is a result of players trying to score from every possession.

"It's probably been the most disappointing aspect of our game so far this season," Townsend told NRL.com.

"I think because we were able to score a lot of points last year and we have such high standards in scoring tries, when it doesn't happen easily we try to score off every play which in turn forces errors.

"I think we just need to get back to the philosophy of if it's not on then you should just stick it under your arm and take the tackle to build some pressure."

While they've had their issues with the ball, Shane Flanagan's men are the best defensive team in the NRL having conceded just 132 points through the first 10 rounds.

Given premierships are won on the back of what you do without the ball, Townsend is confident his side will be in good shape once they fix up their attack.

"I'll give our defence an eight or nine out of 10," Townsend said.

"I think we're number one in defence this season and that stat speaks for itself. When you look at the competition at the end of the year, the best teams are the defensively-based teams so we're where we want to be in terms of defence.

"In attack, we're probably still only halfway to where we want to be. We haven't hit our straps yet and that's been disappointing for us, but we've been working really hard on rectifying that." 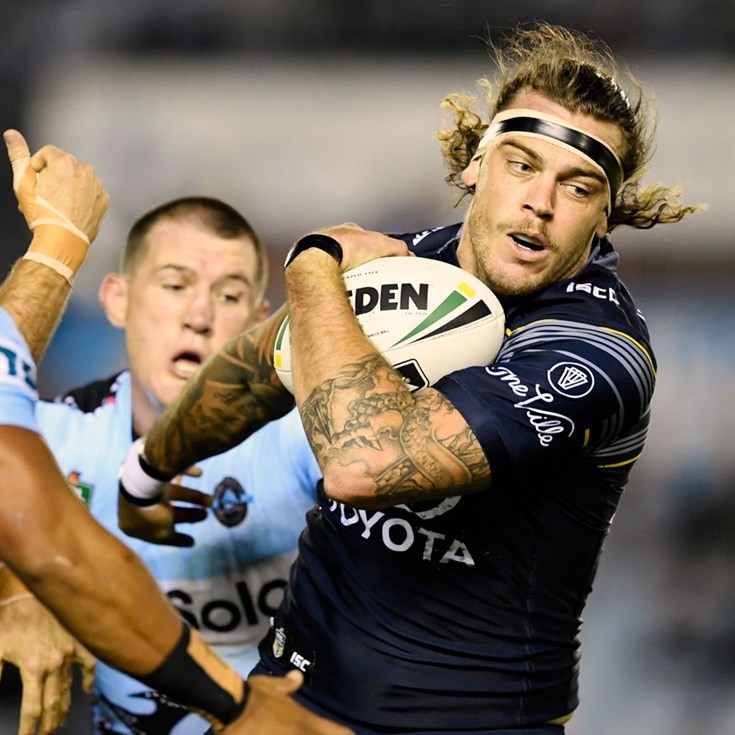