Rugby league players rarely want to be the centre of attention in a team sport, let alone unassuming Raiders skipper Jarrod Croker, but that didn't stop his coach Ricky Stuart demanding the team 'do it for Jarrod' in the popular 26-year-old's 200th NRL game on Saturday night.

Trailing 16-10 to a spirited Eels team at ANZ Stadium, the Raiders found a way to level up and then take the lead and hold off a late Eels attacking raid to make Croker's milestone a happy one with an eventual 22-16 win.

Stuart said after the game he called a meeting with all the players bar Croker to let them know he wanted them to use the skipper's milestone as inspiration and find a way to win it for him.

"We did that for Jarrod tonight for his 200th game," Stuart said.

"We sent a message on there after we scored that try with seven or eight minutes to go, if we can't do this now for our captain we're a shallow bunch.

"But I know they're not and I know that was inspiration on the back end of that game and also for 80 minutes because he deserves what he got tonight in regards to that result."

‌Croker, looking perhaps a touch sheepish, said it was 'very satisfying' to have the team lift like that.

"It's a dream come true just to be playing NRL but to play 200 at such a great club and a club I love and to be able to lead the boys out is icing on the cake," Croker said.

"I didn't want the day to be about me and I don't think any player ever does, but to know the boys were digging deep out there not only for me but for each other, and we do it every week but just tonight on that occasion was extremely satisfying."

After three straight losses – a golden point defeat at home to Manly three weeks ago, a six-point loss to an injury-hit Canterbury a week later then a late capitulation to Newcastle last week – Stuart rejected the side had an issue closing out tight contests but admitted their confidence had taken a hit through that period.

"I haven't got a problem with our ability in winning tight games, we just haven't been winning a few of them. We won that one [against Parramatta]," he said.

"That's never been an issue within our camp. We've got a couple of other little issues in regards to our mindset of how we're playing and that changed tonight.

"It's something we've been speaking about as a group. I thought the boys were very, very good at grinding away that win tonight and to get a little bit of confidence back, because it doesn't matter how tough you are mentally, it knocks your confidence around in regards to losing those last three games."

With the Eels jagging two quick tries to level up from 10-nil down shortly before half-time then claim the lead just after the resumption also dented the confidence, he added.

"They did well to squeeze themselves back out of it, then they had the try scored against them early in the second half," Stuart said of his players.

"If they were a weak bunch of blokes they wouldn't have come back from that after having 16 points put on them pretty quickly. I know they're a tough bunch but there's still a lot of work to do and there's still a long way to go." 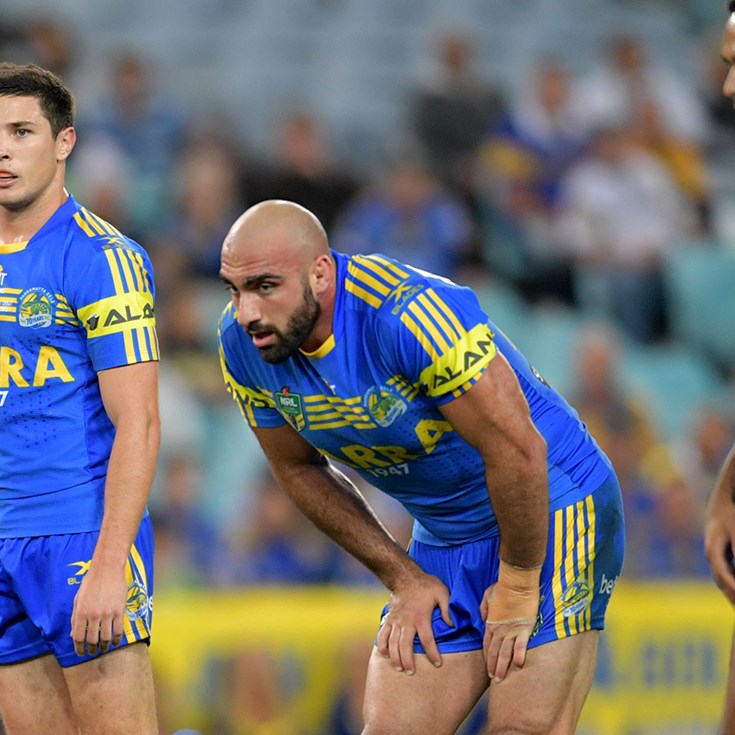 Eels should have won that: Arthur

Eels take honest look at themselves