Gold Coast Titans coach Neil Henry has slammed the attitude of his side in their 30-10 loss to the Manly Sea Eagles on Saturday night, lamenting a missed opportunity ahead of the bye that would have helped catapult them into the top eight.

Still struggling to make up ground after winning just one of their opening seven games, the Titans came home on the back of a three-game winning streak but barely put up a fight against a determined Manly outfit that physically monstered them in virtually every contest over the course of 80 minutes.

The only joy the Titans had in the first half came courtesy of a Manly error in their own half while the competition's leading point-scorers could muster only a solitary try from a kick in the second term, the 20-point loss delivering a reality check heading into the week off.

Hoping to bring momentum in from their astonishing win over Melbourne seven days earlier the Titans were beaten out of the blocks and never recovered as Manly swamped them for line breaks (6-2), tackle breaks (35-17) and missed tackles (17-35).

‌"We just weren't at any stage really in a contest today. At half-time we tried to talk ourselves into a game but we weren't really," Henry admitted.

"We didn't look like we could get out of first gear at any stage in the game. We started with a bit of field position but we didn't really get any momentum in the game.

"It was a very flat performance, very disappointed that we couldn't have the fight in our game.

"They were dominant. We didn't really spark up. Even when we got a try to start to claw our way back we couldn't complete a set, we turned the ball over attacking the line.

As they were against the Storm a week earlier the Titans were exposed on their edges, Manly halfback Daly Cherry-Evans toying with the left edge in particular with his searching runs and precision decision-making.

Titans captain Ryan James said that the middle forwards had to take responsibility for the frailties on the edges due to the fact that the Manly pack were so dominant but Henry was more damning of the entire 17 that took the field.

"We lacked a fair bit of purpose about what we did and that was right from the start. I can't find too many players that actually did their job out there tonight," Henry said.

"Those two tries down the left-hand side in the first half were poor defensive reads and poor movements if anything else. Positionally we need to keep our bodies in front of what they're doing.

"They were more committed defensively and they took advantage of our lack of attitude around our concentration carrying the ball and our purpose with which we carried the ball and also our defensive efforts.

"It's a poor attitude. There's not many men in there that can look you in the eye and tell you that they've played up to their standard. That's disappointing." 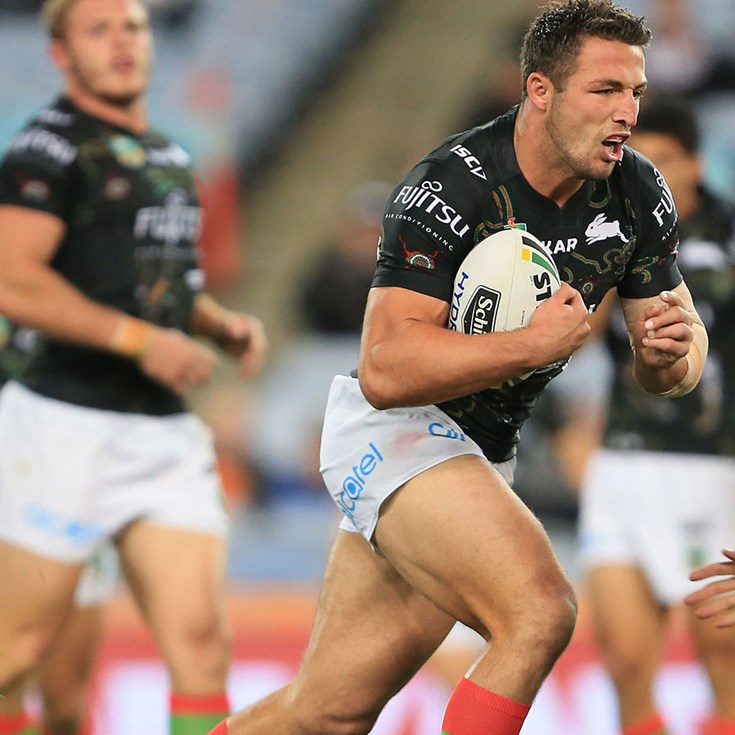