It is Anthony Milford's time.

That is the message from Queensland coach Kevin Walters as the Brisbane Broncos five-eighth enters Maroons camp after being named as the side's new five-eighth.

Milford will most likely make his Holden State of Origin debut in the No.6 jersey on May 31st but it comes at the expense of one of the game's greats.

Johnathan Thurston's run of 36 straight Origin games is in serious doubt, named as 18th man as he fights a shoulder injury that Walters said will 'probably' rule him out.

It means the scene is set for Milford to announce himself on arguably the biggest stage in the rugby league world and he has beaten some quality competition to earn the opportunity.

The 22-year-old has leapfrogged Michael Morgan in the Maroons' pecking order, with the North Queensland Cowboys five-eighth again named on Queensland's bench despite having already played five games for his state.

But Queensland selectors feel Morgan is best suited to his role off the bench, preferring to use the versatile back as a utility rather than a starting half.

Others in contention were Manly Sea Eagles halfback Daly Cherry-Evans and Melbourne Storm five-eighth Cameron Munster, but Walters has instead decided to bring in a man whose individual brilliance can single-handedly deliver victory.

Milford has long been touted as a future great and his form this season warrants selection and a chance to prove how good he can be.

But it is his running metres that have caught the eye of Walters, with his 1098m and 22 offloads helping to break many of Brisbane's games wide open this year.

It is this that Walters wants to see for Queensland, and the Maroons coach is comfortable with his decision to give Milford the opportunity to work with the likes of Cooper Cronk and Cameron Smith.

"We feel that Anthony deserves an opportunity at the next level to show everyone that he's capable," Walters said.

"We know we had some good options in Michael Morgan and Cameron Munster so we are very fortunate that without Johnathan there we still have good options, but we just felt that at the moment Anthony is the right choice."

Milford has been in Queensland's system since under-15s, running out for the Queensland and Australian under-15s schoolboys in 2009.

As Milford grew up, he continued to be selected for Queensland teams, playing Queensland under-16s, under-18s, under-20s and then being named in the Emerging Maroons squad in 2016.

It is natural progression that Milford now gets to represent Queensland at the highest level, and Walters recognised that fact.

"He was very excited," he said.

"I think the great part of our system in the Queensland rugby league is that Anthony has played under-20s for us.

"He's also been in our emerging systems and has been an 18th man. Now he gets an opportunity to do his stuff on the big stage."

But with Thurston lurking as 18th man there are still doubts surrounding whether Milford will get his chance in Game One.

If Thurston were to be fit then he would be a certain starter with Milford demoted out of the starting 17.

But Walters was quick to play down talk of a Thurston recovery, insisting that Thurston is next to no chance of running out in Game One.

"I think [Thurston playing] is highly unlikely. We are planning to play the game without him," he said.

"I'd like to see him available for Game Two and Game Three rather than Game One.

"We don't want to risk him or put his body in the firing line during the first game of an Origin series."

Walters: Why I picked Boyd over Slater 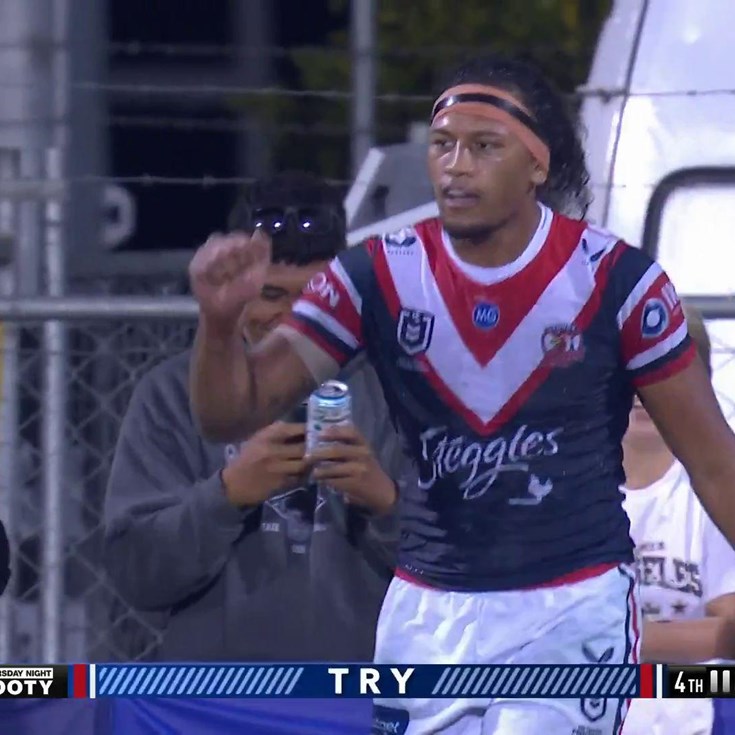 Tedesco busts the Eels open and Tupouniua looms up in support