Justin O'Neill has defended his selection in Kevin Walters' Queensland Maroons side, saying that although he has not been at his best in attack this year his defence is as good as it has ever been.

O'Neill made his State of Origin debut in 2016, playing all three games after injuries to Will Chambers and Billy Slater opened the door for him to shine on the big stage.

After a slow start to 2017 many expected Slaters's return from injury to potentially bump O'Neill out of Queensland's 17. But the Maroons selectors decided to stay true to the side that got the job done over New South Wales one year prior, picking O'Neill ahead of both Slater and Kangaroos international Valentine Holmes.

It means O'Neill will play his fourth Origin match on Wednesday night and he will have his work cut out for him as he marks up on Blues centre Jarryd Hayne.

But this task won't worry the Cowboys centre who fancies his defence as the best aspect of his game.

Although O'Neill has not scored a try in his eight NRL matches this year, his defence has been strong coming back from a hamstring injury that ruled him out for three weeks.

That defensive prowess has been on display in the two weeks leading up to O'Neill's Origin selection, with the 26-year-old not missing a tackle or conceding a try to his direct opponent in Rounds 10 and 11.

Ready to take on New South Wales once again, a confident O'Neill told NRL.com he was proud of his efforts in defence coming back from injury.

"Defensively I'm very happy with my form, especially after my last couple of games," O'Neill said.

"I feel like I have got back into the swing of it. I feel comfortable defending in the centres.

"When my fitness wasn't there coming back from injury I was probably getting caught out at the end of games. I feel confident now I'm fully fit.

"Defence has always been something I pride myself on. It's hard to judge how a player is going just on how many tries they've scored.

"I think a lot of the times if we can defend well then the attack will flow off the back of that. That's our mentality on the right edge for the Cowboys anyway."

Despite his confidence in his ability to the job done for the Maroons O'Neill admitted he had his doubts about keeping his position with the plethora of talent at Queensland's disposal, especially in the outside backs.

"It was a bit of relief that I got picked. I probably had a bit of doubt in my head through outside chat from the media and whatnot," he said.

"I had my doubts seeing as I had a rough start to the season when I missed those few games through injury. Then I came back and I wasn't playing the best footy at club level until recently.

"We weren't winning and weren't playing well as a team when I first came back. It was a tough stage of the season.

"The output from me has been there so I'm extremely happy that 'Kevvie' has had the belief in me to put me in the side again." 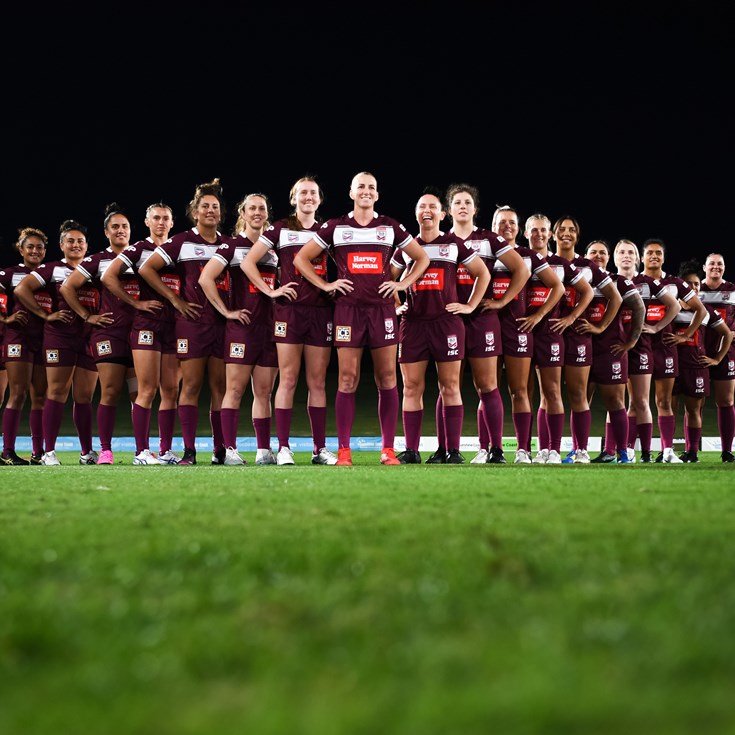 Presented By Chemist Warehouse 37 mins ago