Their most recent meeting produced more drama than a Francis Ford Coppola epic, so the stage is set for the Sea Eagles and Raiders to deliver the sort of sequel not seen since the Godfather: Part II graced our screens way back in 1974.

Dylan Walker went from hero to villain and back again several times in the second half when these sides met in Round 8, with the star centre scoring a try and then nailing a sideline conversion to give his side the lead, only to miss potentially match-winning shots at goal from next to the posts before he finally slotted a long-range penalty goal in golden point extra time to seal the 20-18 win.

Not afraid to wear his heart on his sleeve, Walker's celebration after the goal irked several Raiders players who will be keen for revenge in enemy territory this weekend.

Unfortunately Walker won't have the opportunity to repeat his heroics after Matthew Wright replaced him as first-choice kicker in the Round 11 win over the Titans that saw them claim the two competition points despite being without Tom Trbojevic.

The star fullback was one of the try-scorers in the win over Canberra but remains on the sidelines after a sickening fall resulted in knee and ankle injuries.

Sunday's match shapes as a crucial contest for a Canberra side that survived a late scare last week to hold off the Roosters 24-16 in the nation's capital to cling on to eighth spot on the Telstra Premiership ladder. A win on the weekend will see them join Manly on 14 competition points.

Trent Barrett has made no changes to the side that saw off the Titans in Round 11. For the Raiders, Josh Papalii returns to the starting side in place of Luke Bateman (thumb).

Why the Sea Eagles can win: Second-phase footy has become Manly's not-so-secret weapon in 2017, with sides struggling to contain their seemingly endless ability to promote the football. The Sea Eagles have produced 132 offloads so far in 2017 (third best in the NRL) compared to Canberra's 118. It was a telling stat in Round 8 with Manly winning the offload count 14-4 and it's the best way to break down a structured defensive line. Martin Taupau (36) has been the most prolific promoter of the ball in 2017, so look to him to create some chances around the ruck with second-phase footy.

Why the Raiders can win: It says a lot about Canberra's potency that they can look clunky with ball in hand but still boast the best attacking record in the competition through the opening 12 rounds. Individual brilliance has trumped set plays in 2017, with the Green Machine piling on 276 points in 12 matches to sit just clear of the next-best Dragons. Manly are no slouches so they will need every bit of their attacking flair on Sunday against a side they've scored an average of 29 points per game in their past five matches.

‌
The history: Played 52; Sea Eagles 31: Raiders 20; Drawn 1. They might have won three of the past five matches, but the Raiders have struggled over the years with just five wins from their past 19 games against Manly. Their record at Lottoland isn't pretty with the Green Machine losing six of their past eight at the venue.

What are the odds: Manly opened as outsiders with Sportsbet, but three times the money on the Sea Eagles has seen them backed into equal favouritism, and if the current rate of money continues, the home side will end up as favourites by kick-off. Latest odds at sportsbet.com.au.

NRL.com predicts: Rugby league can throw up some funny stats that sometimes prove too hard to ignore. The Sea Eagles are flying high but have managed just one win from six matches at home this season. It shouldn't mean much, but when matches are so hard to tip, it's the little things that sway you one way or the other. Just like Don Corleone, we're gonna make you an offer you can't refuse; back the Raiders by eight or risk sliding down the tipping charts. 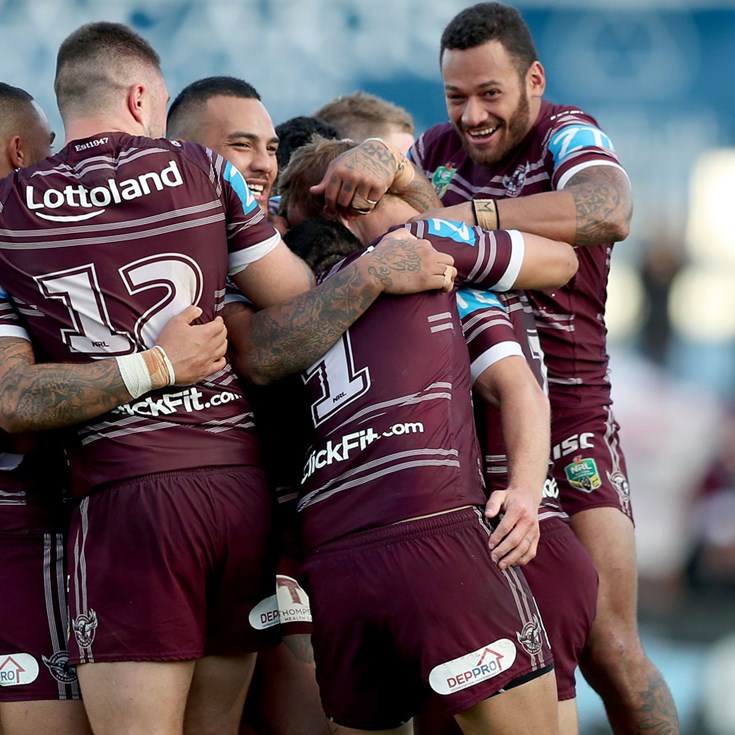