Disappointed Warriors coach Steve Kearney says it was his team's poor starts to both halves rather than a failure to find a killer blow at the end that proved costly in a 32-24 loss to the Eels on Friday night.

‌With an exhausted and injury-ravaged Parramatta down to one fit player on the bench, the Warriors stormed back from 26-12 down to make it 26-24 with eight minutes to play.

With all the momentum behind them, the Warriors came up with some terrible options or errors to let the Eels off the hook before a late Clint Gutherson match-winner sealed the deal.

However Kearney pointed to some defensive horrors in Parramatta's rapid 10-0 start to the first half and some basic errors (kicking out on the full and conceding late-set penalties early in the second as Parramatta added a penalty goal then another try) as the key moments.

"I thought it got away from us at the start. In this competition you can't give the opposition a start like we did in the first half then we doubled it up with eight points, they got a penalty and a try to start the second half," Kearney said after the game.

"It's just too tough and probably a bridge too far. I know the guys hung in there and got an opportunity to come back at the Eels but I thought we gave them too much of a start to begin with."

Asked if he thought the comeback was on when it got back to two-point game near the end he added: "I know we've got the capability to put the points on if we stick to our process but what I was disappointed with is to give up too many points to start the half to begin with then for them to finish off with an easy try at the back end, it certainly doesn't make me happy."

The Warriors had success against the Eels' right-edge defence in the first half when Simon Mannering strolled past a flat-footed Mitch Moses and again in the second when Ryan Hoffman went through a big gap. There was a case to press that edge more than they did with the Eels forced into a reshuffle on that edge when winger Josh Hoffman was taken off, leaving Kirisome Auva'a pushed to wing and forwards defending wider.

"You've got to earn field position to go there (the Eels' right edge) and earn a bit of momentum," Kearney said.

"The Eels had that at the start of the second half, we wrestled it back halfway through that second half but you've got to get in the right position to go there if that's where we were going."

Kearney also lamented several stoppages in play that seemed to halt his team's momentum – even if plenty of those stoppages were for yet more Parramatta injuries.

"It seemed like when we did get momentum there would be a stoppage in play and it would just flatten out," he said.

"There was one time the play stopped and it was a good two or three minutes and it was consistent like that, every time we had a bit of momentum and I'm not taking anything away from Parra or making an excuse here but it's something that needs to be looked at." 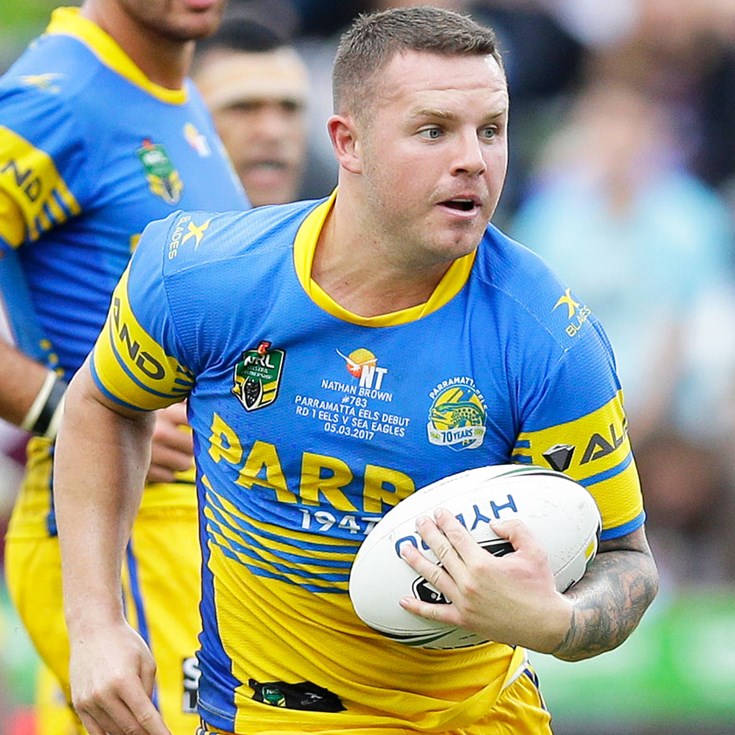