Australian winger Valentine Holmes admits he was not surprised to be overlooked by Queensland for Game One despite representing the Kangaroos just three weeks prior and felt Storm fullback Billy Slater had more reason to feel hard done by.

‌With Queensland going down in a dominant fashion to the Blues in Origin I, Holmes is set to put pressure on incumbent wingers Corey Oates and Dane Gagai in the coming weeks as coach Kevin Walters ponders over whether make changes in a bid to keep the three-match series alive.

The 21-year-old isn't the only player to come under the spotlight in the past week with Slater also responding to his snubbing in the Maroons line-up with a man-of-the-match performance against Newcastle.

Both Holmes and Slater will lock horns in the No.1 jerseys for the second edition of the grand final rematch this season at Southern Cross Group Stadium on Thursday.

"I was obviously a bit shocked but not disappointed – I know they did the job last year and won so I sort of had in my head that I knew they wouldn't change the team too much besides the injuries in the middle and with 'GI' (Greg Inglis)," Holmes said on Monday.

"[Kevin] called me the night before the selection and just said he is going to stick with the back five which did the job last year which surprised me because I thought Billy probably would have got on.

"I wasn't too fussed about it but I didn't think the scoreboard would be like that."

Sharks coach Shane Flanagan said after the Bulldogs game that Slater's omission from the Queensland side allowed for Holmes to move on quicker from his snubbing mentally, and the Townsville junior agreed.

"If I was in [Slater's] shoes I would be a bit upset and a bit cut," Holmes said.

"He's done very well for the Queensland jersey and he's done awesome for Melbourne since he came back from injury so I'm sure he will be in the running for the next game.

"I don't really know what the selectors think and what they pick, but I'm sure he will be there."

As to whether Holmes would be there himself for a State of Origin debut in Game Two, he admitted he was just as unsure as the rest of the fringe players and would continue to focus on club football until he received a call up.

"I've never played in the game before so I don't really know how he (Walters) coaches or what the mindset is with the selectors and all that. They did the job last year and there was a couple of different forwards in there but I think the backs - Corey Oates and Dane Gagai - played very strong and I thought they were probably the best players in the team there. So I don't think they'll make too many changes.

"One of my biggest goals is to play State of Origin footy and if it's not this year I'll wait my turn for next year or the year after. It's in Sydney as well so it's definitely going to be a tough one.

"They've got to even the series up and in that third game hopefully they get the win."

Holmes can state another case to Queensland selectors with a strong showing against Slater and Melbourne after a dominant individual performance in the 9-8 win over the Bulldogs prior to the side's first bye week.

It was the defending premiers Cronulla that came out triumphant down in Melbourne with an 11-2 victory back in Round 6 at AAMI Park and with the Sharks keen to improve on their home record, the contest is set to come down to the wire.

"It's massive but I honestly don't think this game will make a decision on selections," Holmes said.

"But I love playing against Melbourne, they've got the best three in the game and we did a pretty good job against them down in Melbourne.

"To keep our win streak going, I think this game is to see who is on top. It's similar to last year and I'm looking forward to the game." 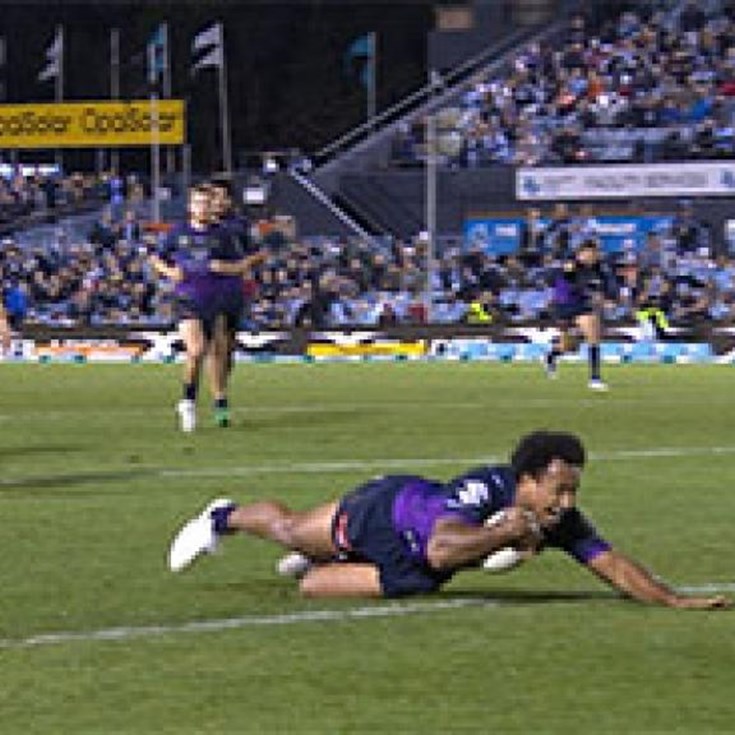