Maroons great Brent Tate believes there are two forgotten men in Queensland selections and a very familiar face who could help square the series if they were selected to play for the Maroons in Sydney on June 21.

The 28-4 loss at Suncorp Stadium last week has put additional pressure on Queensland selectors Gene Miles and Darren Lockyer along with coach Kevin Walters as they look to avoid a repeat of the 2014 Series when the Blues wrapped it up in two games on home soil.

It has been 30 years since the Maroons dropped the opening game in Brisbane and came back to win the series with New South Wales winning seven from nine matches when they have won Game One in enemy territory.

As a result change has been forecast from a great number of corners and Tate says in this week's issue of Big League that there are two back-rowers in particular who deserve serious consideration.

"There hasn't been much talk about North Queensland back-rower Gavin Cooper, but he should be in the mix for selection in Origin II," Tate says in the Round 14 issue of Big League.

"His form has been outstanding for the Cowboys over the past month and he wouldn't look out of place for the Maroons.

"He's played Origin before and his experience would be an added bonus to the side. He also has a great combination with Johnathan Thurston on the left edge.

"If he's selected coach Kevin Walters could even use Josh Papalii up front.

"Another player who hasn't been discussed much is back-rower Felise Kaufusi, but he wouldn't look out of place in a Maroons jersey either.

"He's played the full 80 minutes in 11 of Melbourne's 13 games this season and has been outstanding on their right edge, scoring four tries and posing a constant threat.

The push for Billy Slater to play his first Origin match in two years is also on in earnest with Tate adamant the champion fullback's form for the Storm is now too compelling to ignore.

"Fullback Billy Slater was missed in the opening game and the selectors surely have to consider picking him for the next match," says Tate.

"He's been brilliant for the Storm since returning from a shoulder injury and would be the x-factor the Maroons need.

"His attacking ability, as everyone knows very well, is exceptional, but it's all the little things that make him a standout player. He's a great talker on the field and his defensive-line organisation is second to none.

"That's where Queensland fell short in the opening game."

The Maroons who must go: Hodges
Voss: Who will Queensland turn to?

‌The Round 14 issue of Big League featuring James Tedesco's claim to the Kangaroos No.1 jersey, Chris Heighington's take on how the modern footballer has evolved and the top eight losing performances is on sale now at newsagents, supermarkets, at the ground and via www.magsonline.com.au/big-league. 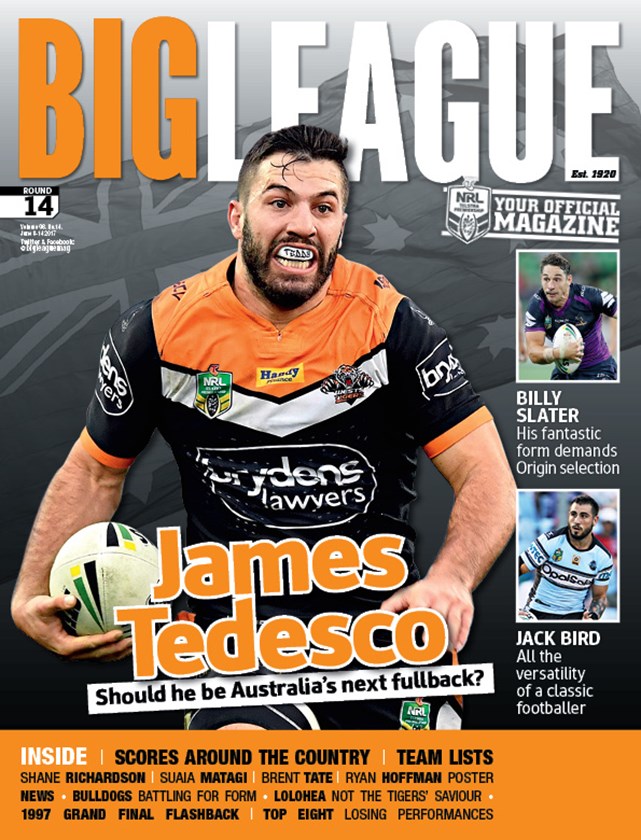