Warriors five-eighth Kieran Foran admitted he feared the worst when he felt a muscle in his quad pull late in his side's 34-12 win over the Titans on Saturday but is confident any damage is only minor and won't sideline him for an extended period.

Foran could place no weight on his left leg as he was carried from the field in the 64th minute of a Warriors performance that was as encouraging as the Titans were disappointing.

The Kiwi international tormented the Titans' right-edge defence on the back of a powerful display from his forward pack, having a hand in Ryan Hoffman's try in the 10th minute and providing a perfect face-ball for Ken Maumalo to score late in the first half.

Saturday's convincing win was the fifth in 10 games that Foran has played this season and any hopes of a Warriors resurgence late in the season is predicated on the 26-year-old playing a prominent role.

‌With a history of hamstring problems his availability in the immediate future seemed unlikely and he told NRL.com that when he suffered the injury his initial suspicion was that he had sustained some serious damage.

"I was thinking the worst, I really was. It really didn't feel right but the doc's had a look at it and is pretty confident that it's just a bit of a strain," Foran said.

"I think it's just a bit of a strain. I felt it and it gave me a bit of a fright. I've never really strained a quad or anything like that.

"I've done a few 'hammies' and I know what they feel like but I just felt the top of my quad twinge a little bit.

"It was really sore and I felt like I couldn't put weight on it.

"The doc's looked at it and is hoping it's just a bit of a strain, there's no tear there and we've got the bye so try and get right for the 'Dogs.

"I was thinking the worst when I was getting carried off the field but hopefully I'm not going to be sidelined for a few weeks."

After an indifferent month of football that included three losses and a win over a Broncos team minus their Origin stars, the Warriors on Saturday looked much more like the team that were considered premiership fancies back in the pre-season.

A dominant performance in the middle of the field led by Jacob Lillyman (143m), Ben Matulino (123m) and Simon Mannering (103m) and tremendous work in the back-field from Roger Tuivasa-Sheck (203m) and Ken Maumalo (196m) gave Foran and Shaun Johnson the platform from which to attack a retreating Titans defence.

Effectively a four-point game heading into their first bye of the year, Foran says the challenge for the team is to carry that performance into their next clash with the Bulldogs and win back-to-back games, a feat they have achieved only once this season to date.

"It's been a little bit frustrating not being able to find that consistency week in, week out because we know we're a better football team than what we've shown," Foran said.

"Like you saw today, if we get it right and we do put together an 80-minute performance we can win games of footy.

"That's the challenge for us, that's what we've got to challenge each other individually and as a team.

"There's been stages in games where we've looked really good and looked like we were all on the same page and playing not only good footy in attack but we're defending well.

"Then there's been other stages in games where we're leaking points way too easily and not sticking to what we've done all week." 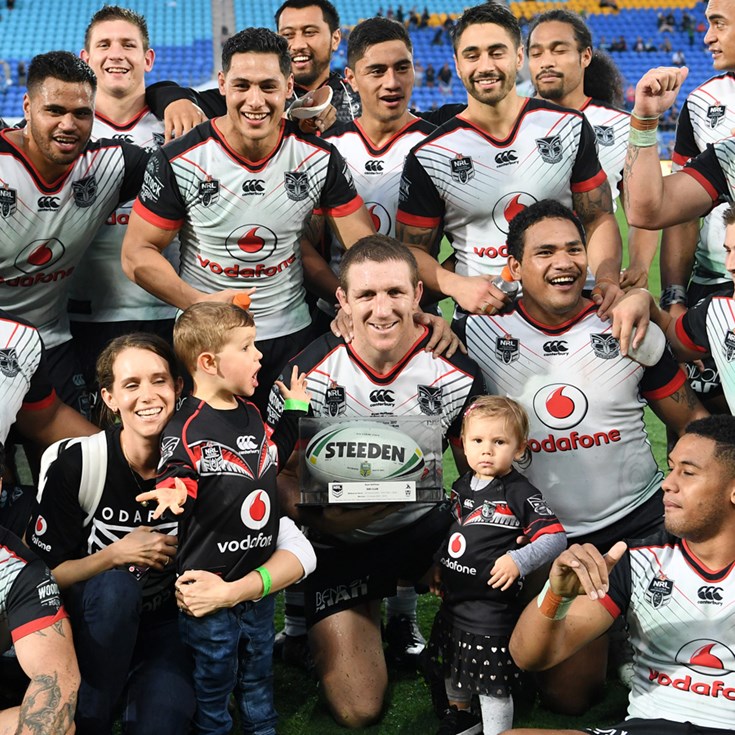 Kearney hopes loyalty will pay off