Matt Moylan's move to five-eighth for the Panthers is proving to be a masterstroke after two strong performances, however Penrith's newest No.1 Dylan Edwards is ensuring the transition looks even more impressive.

Edwards was the Panthers' next best behind Moylan as Penrith snatched a late 24-20 victory over the Raiders in Bathurst on Saturday.

Hailing from Dorrigo on the mid-North Coast of NSW, the 21-year-old ran a career-high 240 metres against the Green Machine, which included an impressive try-assist to set up Nathan Cleary in the second half.

After featuring in Anthony Griffin's side earlier in the year, Edwards was forced back to the Intrust Super Premiership line-up with the return of Kiwi international Dallin Watene-Zelezniak from knee surgery.

Despite the long-term ankle injury to Bryce Cartwright and Te Maire Martin out of favour at the foot of the mountains, Edwards admitted he treats each week like it could be his last with uncertainty over how long Moylan will continue in the pivot role.

"I try to stay with a simple mindset and I've just got to take it as week-to-week with Hook (Griffin) and keep performing," Edwards told NRL.com.

"He's given me a pretty simple job to play my game and allow for Moyza (Moylan) and Nathan (Cleary) to do their thing so it's been working well and hopefully keeps going."

Griffin was pleased post-game with the former Junior Kangaroos' start in the NRL Telstra Premiership.

"He (Edwards) is there because he's obviously got talent and he did a good job at the back under pressure," Griffin said.

"[Canberra] had a good kicking game with big and strong outside backs coming down on him all night so I think he handled that well.

"It was obviously a step up from last week after a pretty easy night."

‌Dubbed by Peter Wallace as one of the best pre-seasons he's seen from a rookie, Edwards drew inspiration from Panthers teammate Josh Mansour after watching the winger return from a knee injury.

He lined up alongside Mansour for just the second time in his career and was instantly learning from the Australian international.

"He's the ultimate professional and does everything right so we knew he would play how he normally does," Edwards said.

"He always has heaps of chat and has been helping me throughout the game and at training.

"You notice how much his carries help us when he's out there."

With their fourth-straight win now on the board heading into the side's first bye period, Edwards believes the Panthers are rejuvenated and can push on towards the backend of the season.

"There is a good feeling around and we're slowly building," he said.

"We haven't been disrupted too much other than Moyza probably going away to camp again like he did for Origin so we're benefiting from having fresh boys on the paddock during this period."

Griffin confirmed post-game that regular hooker Wallace is set to return to the side for their clash with the North Queensland Cowboys in Round 16. 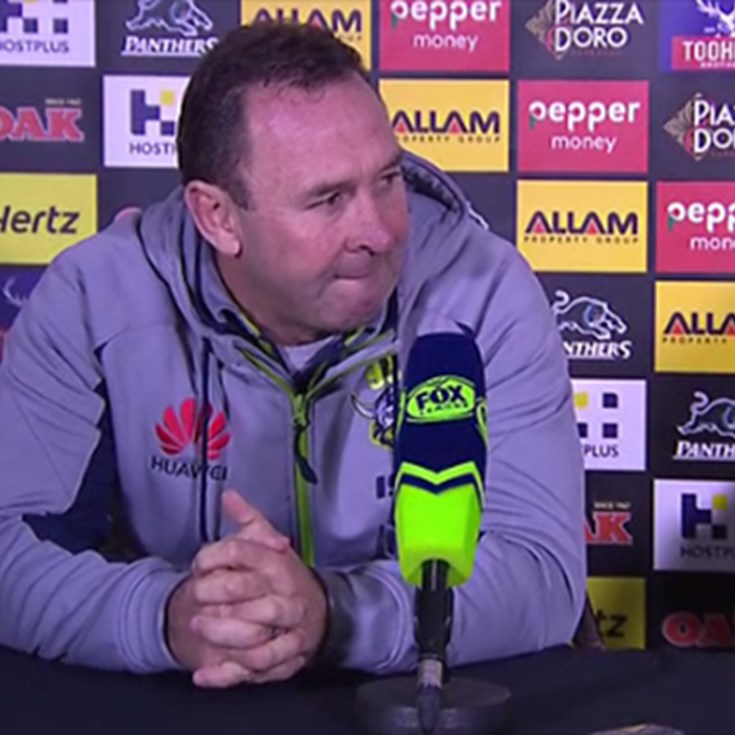