NSW back-rower Tyson Frizell admits he will need a painkilling injection to overcome a rib injury but was confident it would not be an issue heading into the Blues' quest to wrap up the 2017 State of Origin series next Wednesday at ANZ Stadium.

With the Blues set to take the field with the same team that put Queensland to the sword in the opening encounter in Brisbane – naming an unchanged team for Game Two for the first time in 21 years – Frizell sent a scare through the camp a fortnight ago after leaving the field in the Dragons' 16-12 win over the Tigers.

Despite being taken to hospital, the 25-year-old got through 61 minutes unscathed in the defeat to the Bulldogs after being cleared of serious injury.

"It was a grade three carry on pretty much," Frizell joked on Tuesday.

"[The rib] pulled up pretty good, I got through the game all right. The body is a bit sore from yesterday but it should be sweet."

Frizell was comfortable with a restricted preparation should he not be able to participate in all training sessions leading into the game after being around Laurie Daley's set-up for the past 18 months.

"Last week when it happened [I was worried] but it pulled up well towards the backend of the week and I got through the game," he said.

"I haven't really spoken to Loz about what he wants me to do throughout the week so I doubt I'll be doing anything too heavy in terms of contact.

"I guess I'm in that position now where I've been in this arena for a little bit now. While not a long time, I've done a few camps and know the systems of what needs to happen in the team."

Queensland's decision to recall Billy Slater and the return of Johnathan Thurston ensures the Blues had another reason not to be complacent after their dominant 24-victory in enemy territory three weeks ago.

"You want to be playing the best and JT is definitely that kind of player.

"They've got massive experience back with those two players, we're going to have to be better again."

Frizell's record of two wins and one loss to begin his Origin career has been a positive start, however with strong depth in the back-row position the Australian international is not one to feel settled in any NSW line-up.

"You can never feel comfortable in the position playing in Origin but it is easier coming into camp and going into games even though it's difficult every time," he said.

"You have to playing your best footy to keep your spot and that's what I'll be doing.

"The past 10 years they've pretty much won every series and are in that position for a reason. We still see ourselves as an underdog team and are going to have to improve and be better.

"We can't worry about what happened in Game One but rather just this time around and that's our goal, we want to win and put the series to bed." 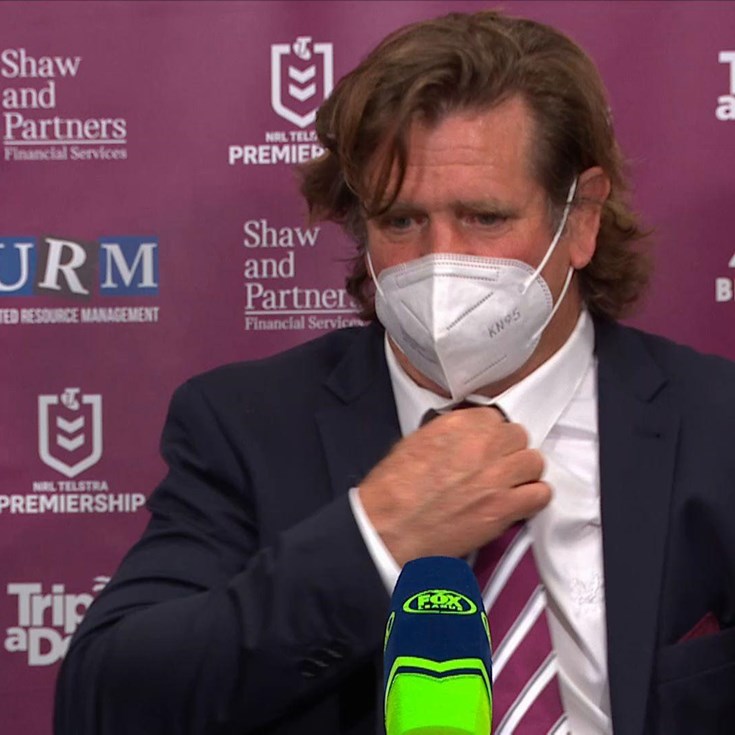