Ten minutes of below-average football cost the North Queensland Cowboys the game against the Melbourne Storm on Saturday night, with the lapse in defence letting the home side cross for two tries in six minutes after the Cowboys had opened the scoring in the second half.

‌It's a testament to the quality of the sides involved that they both refused to let the game die, and the Cowboys take a positive note out of the game from their late resurgence to force extra time.

Coach Paul Green was happy with how the Cowboys rallied, but the Storm's ability to swing momentum and maintain it in their favour seemed to be just as prevalent even without the presence of Cameron Smith and Cooper Cronk.

"Proud of the effort, but there was a period there just after the start of the second half where momentum got away from us and we just couldn’t wrest it back," Green said.

"We got a pretty good start, we scored first in the second half but there was a period there just defensively we made too many errors and they got some cheap points."

"In saying that full credit to our guys they did get themselves back into the game eventually, we did well to level the scores up and had a chance to win the game."

Fullback Lachlan Coote's only field-goal attempt was off the mark, but the leader amongst the Cowboys on Saturday was pleased that they didn't let Melbourne run away with the game.

"Momentum swung to Melbourne, that's what they're good at… when they scored those two back-to-back tries we thought the game was getting away from us," Coote said.

"It was a tough, grinding game it was pretty physical. We had an opportunity to win it and didn't come up with the points."

The match was another example of games going down to the death in recent weeks, with the Penrith Panthers stealing victory from the Canberra Raiders last week, and the Cronulla Sharks edging out the Wests Tigers by two points on Saturday night.

The Cowboys will have a chance to level the score with Melbourne in Townsville in Round 22, and both sides are shaping up to be premiership contenders at the business end of the season. 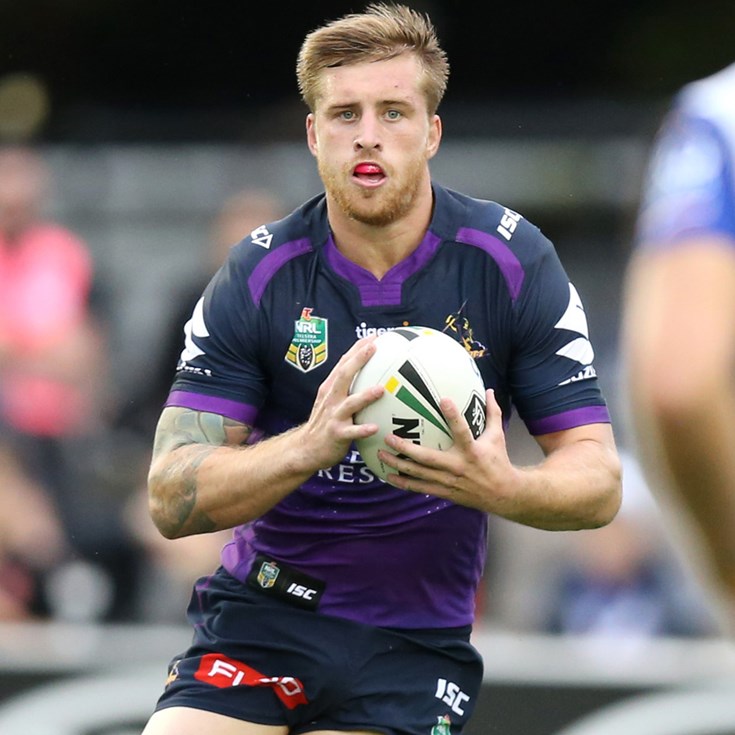