Gold Coast Titans hooker Pat Politoni waited 712 days for another crack in the NRL and has given coach Neil Henry food for thought heading into the backend of the season after a solid individual performance.

Despite the Titans succumbing to their fourth consecutive loss on the weekend, the former Shark was a shining light in another frustrating evening for the injury-ravaged club.

With regular rake Nathan Peats missing on Origin duty, Politoni scored the opening try and set up the side's second through Kevin Proctor, before the visitors' 14-point lead was undone by the Rabbitohs in the second half.

"I was just happy to be back after sitting in the background biding my time and hopefully I've done enough to maintain my spot," Politoni told NRL.com after the side's loss.

"The first half was good, we had majority of the ball and the boys were going forward so it allowed me to play a bit.

"[The game] was quick, obviously they were coming up our middle a fair bit and they targeted me a little bit. I felt like I handled it alright."

Politoni's long-awaited return to first grade ended prematurely when he was forced from the field with a leg injury in the second half.

Despite being in a moonboot post-game, the Leichhardt junior was confident he would not be another victim to the Titans' horror injury list.

"People probably thought it was the ankle but I got caught on the shin so am hoping there is no fracture," he said.

"I think it's more of a cork than anything."

‌After playing every minute in the Blues' 28-4 win over Queensland in State of Origin I, the back-up resilience of Peats is set to be put to the test with only 48 hours between games.

With the Titans set to return to Sydney for Friday night's clash with the Wests Tigers in Campbelltown, the prospect of being without at least one of their Origin representative trio in Peats, Jarryd Hayne and Jarrod Wallace is possible.

"That would be great [if I get another chance] but with the season on the line you want Peatsy to play if he's fit enough to back up," Politoni said.

"Peatsy is playing great footy and is at the peak of his career at the moment. He is playing 80 minutes so it just depends if Neil wants to play the extra hooker.

"There is competition with [Karl] Lawton so I'm not too sure which way they will go."

After taking on childhood idol Robbie Farah on the weekend, the prospect of lining up against his former club and best friend Aaron Woods for the second week is something the former Tongan international is striving for.

"I grew up idolising Robbie and he was a player I always tried to model my game around and I obviously spent some time there at the Tigers for a few years and watched everything he did," Politoni said.

"I was Woodsy's best man at his wedding so it would be to go up against him."

Woods has been supportive of Politoni's career after the pair grew up together playing rugby league in Leichhardt and are of the same age.

"He's always believed that I was good enough to keep going," he said.

"There were doubts where I didn't think I wanted to keep going and for a guy that's done it all in the game to say that I could, it was encouraging.

"We don't really talk too much about footy, there is always banter and teasing each other. I played against him once before and it was a dream come true." 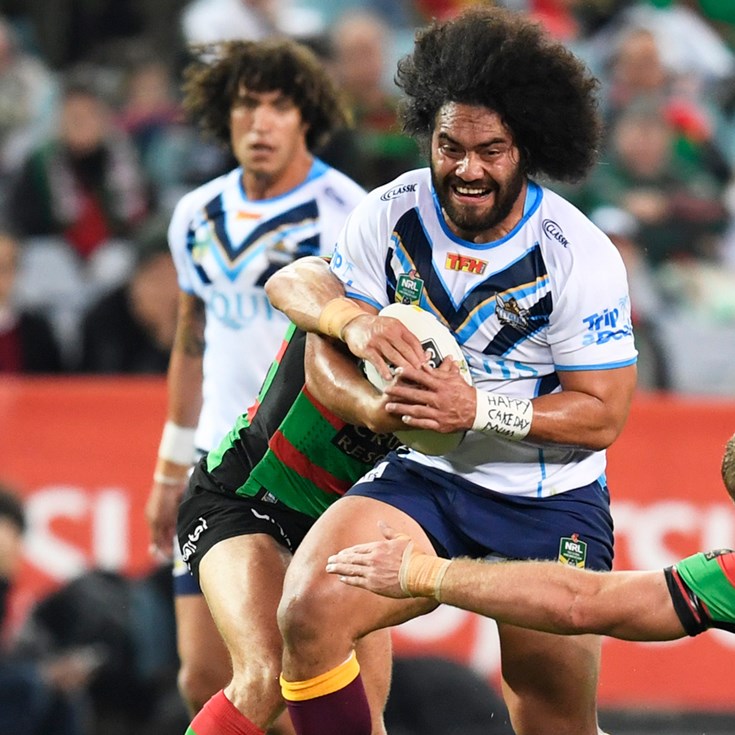