Two of them were sacked by Maroons coach Kevin Walters and one he demoted to reserve grade himself and Broncos coach Wayne Bennett has now challenged his representative rejects to come to the fore and keep their season on track, starting with a win over Canberra on Saturday.

‌After Darius Boyd went under the knife on Friday to repair the thumb he broke in Origin II on Wednesday night and thus joined Anthony Milford (dislocated shoulder) in the casualty ward, attention now turns to the players with a point to prove.

From Benji Marshall whose recruitment was questioned, Kodi Nikorima who is still try convince people he is a genuine NRL No.7, Ben Hunt who has bounced back out of the Intrust Super Cup to a spot on the bench to dumped Maroons Corey Oates and Sam Thaiday, the Broncos are bristling with players with incredibly strong motivation to perform well.

The loss of Boyd for the next six weeks sees Jordan Kahu shift to fullback and David Mead come onto the wing with both Josh McGuire and Matt Gillett to back up after courageous displays for Queensland during the week.

Encouraged by the way Thaiday responded to his Maroons sacking with a big display against the Rabbitohs last start, Bennett said he felt as though Oates was hard done by in missing out on Game Two.

"I didn't think Corey's demotion was warranted, I didn't feel that at all but Sam was on the edge," Bennett said of the pair getting dropped.

"He's get an opportunity to play well the next two games and if he does that he can give himself a chance of being re-selected."

The reality is that if not for the injury to Milford, Hunt would most likely have been lining up again for Ipswich this weekend despite spending a number of days in camp with the Queensland team last week.

There were good signs from Hunt in his only appearance with the Jets to date but Bennett is adamant there is more he needs to improve in order to be the player that his team needs him to be.

"Probably not as much as I want him to but anyway he's back," Bennett said when asked about how much Hunt ran the ball in his Ipswich outing.

"We've got an injury and we'll work from there. He knows what we want and we're sure he can deliver on it.

"It was just about getting him better. It wasn't working playing NRL so I thought a change of scenery might stimulate something.

"There's no need to be down about it. Just get on with life.

"He's a wonderful player, lots of ability and we need him and he knows that, we just need him to be playing at his best."

Well positioned in the top four two-thirds of the way through the Origin period, Bennett said that he had wanted to rest both Gillett and McGuire but was over-ruled by the players themselves.

"They both dug in pretty deep and they're obviously tired today. But they wanted to play again, they don't want to not play," he said.

"They make it difficult. If they had a part of them that said 'I'm thinking about playing' or whatever I'd make the decision for them but they do want to play and they're happy to play so we'll go with them." 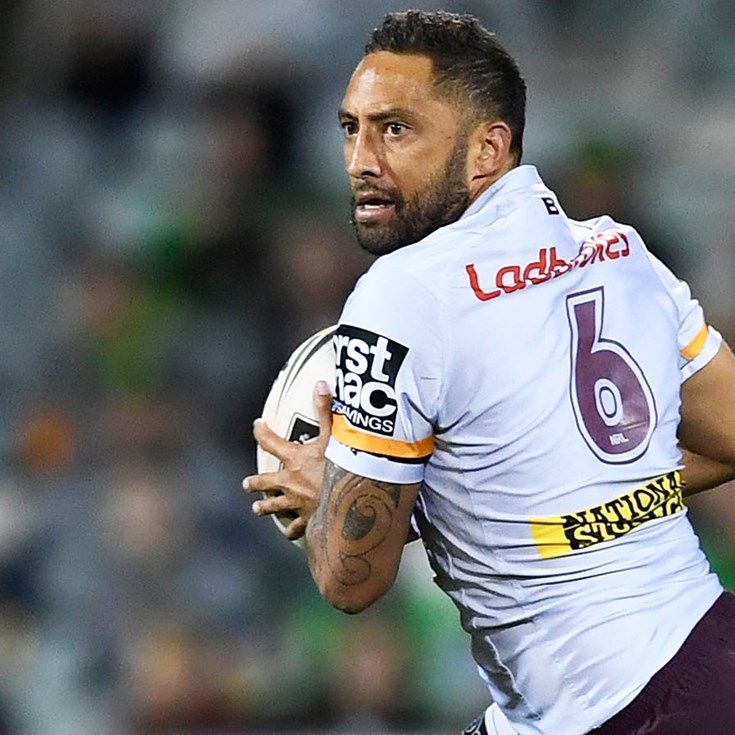 Nikorima to realise a chilhood dream