Sea Eagles coach Trent Barrett has paid halfback Daly Cherry-Evans the ultimate compliment, telling media that he wouldn't trade his star No.7 for any other playmaker in the competition.

The vote of confidence came after Cherry-Evans set up three tries and kicked a telling field gal on the stroke of half-time as Manly upset the Sharks 35-18 at Southern Cross Group Stadium on Sunday afternoon.

It's a performance that is sure to have caught the eye of Maroons coach Kevin Walters who earlier in the week told NRL 360 that the likes of Michael Morgan, Cameron Munster, Corey Norman and Moses Mbye were in line to replace injured Queensland star Johnathan Thurston for the State of Origin decider, but neglected to mention the Sea Eagles halfback.

Munster, who was Queensland's 18th man for last week's thrilling win over the Blues, has been tipped by many to wear the No.6 jersey for the series decider with Morgan set to retain his spot as the utility on the bench.

Cherry-Evans has played six matches for the Maroons but hasn't been involved with the Queensland side since Game Two in 2015, yet the stats show that he is the form half out of those available; a point not lost on his club coach.

"I wouldn't swap him for anyone," Barrett said after the Cronulla game.

"I don't want to embarrass Cherry but he's probably been one of the form halfbacks up there with Mitchell Pearce in the competition to date.

"My selfish side of me hopes he doesn't get picked, but it'd be a terrific accolade for Cherry. He's the sort of person who won't let it affect him – he'll just keep doing what he's doing – and that's why he's been a great captain at the moment. He's put the team before himself and he's playing great footy.

"I think his leadership is second to none. I don't want to embarrass Cherry while he's here beside me, but he's our side; he's our leader. He came up with a few plays tonight with a couple of kicks, a pass, and he's doing it every week.

"The opportunities will come for him and he won't disappoint. I wouldn't swap him for any other halfback. He's our captain and he's doing a great job for us."

A lot has changed since Cherry-Evans last put on a Queensland jersey, but the man himself isn't getting carried away with the Origin talk.

"I understand the opportunity that's arisen in that side; I think the only thing I can do is show through the Manly side that I put my hand up," he said.

"With time comes experience, so I'd like to think I've become a better player. Only time will tell if I'm ready for Origin again."

Teammate Brenton Lawrence was unequivocal when asked whether Cherry-Evans deserved another shot on the game's biggest stage, while also downplaying Walters's apparent snubbing.

"I think that 'Chez' can fill that role. If you're looking at who's playing the best football, well Chez is doing it, I think. He's been there before so of course I'm going to back him to perform in that arena," Lawrence told NRL.com.

"The selectors obviously have a lot to consider and I don't think the fact that Kevvie didn't mention Chez means that he's not in the mix. It's a TV show and there's only so much time to talk before you move onto the next topic.

"The difference for Chez between last year and what he's doing now is his partnership with Blake Green.

"It's well documented that the halves combination last year wasn't what was best for us. Dylan Walker is an exceptional player in the centre role, but I think 'Baz' (Barrett) has found the halves pairing he's looking for with Greeny in the side." 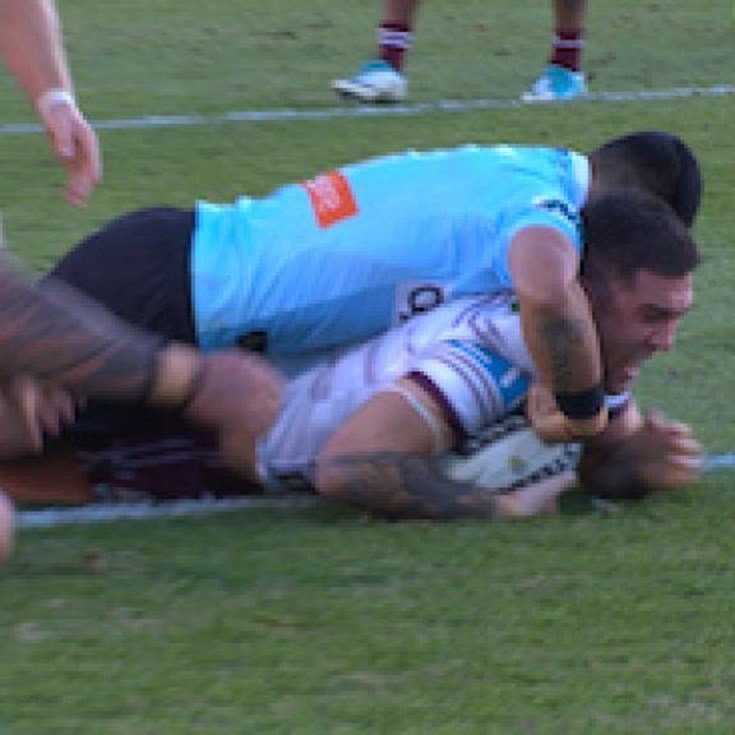 Capewell happy to be Mr Fix-It