Bulldogs playmaker Moses Mbye has opened up about what it would mean to earn his Maroons debut in the State of Origin decider on July 12, but concedes his "inconsistent" form might see him miss out when the Queensland side is announced early next week.

Mbye was one of four names mentioned by Queensland coach Kevin Walters as possible replacements for the injured Johnathan Thurston in an interview on NRL360 the night after the Maroons had levelled the series with a thrilling 18-16 win at ANZ Stadium.

While the likes of Michael Morgan, Cameron Munster and Daly Cherry-Evans are the frontrunners at this stage, Mbye's explosive style could be the perfect foil for Maroons halfback Cooper Cronk for Game Three.

While his defence has been solid in 2017, his attacking numbers – one try, four try assists and three line breaks – are well down compared to previous years.

"I think I've been a little bit mediocre to be honest," he told NRL.com when asked whether his form warranted an Origin call-up.

"The best word to describe it is 'inconsistent'. That's rugby league; every game is different and that's what breeds inconsistency, so all I can do is build on my game and work hard.

"From a young age if you like you're rugby league then you get that love for the maroon jersey ingrained in you quite early.

"I could tell you the same old line that 'it'd mean the world to me'. Every Queenslander says it, and at the end of the day, it's true. The opportunity is there, but the only thing I can do is play good footy for my club and concentrate on that."

Mbye was part of Queensland's Emerging Origin camp earlier in 2017 – the second year he had taken part in the pre-season hit-out – and spoke of the drive the experience gave him.

"I've been in a couple now and it's a good experience to be around that environment with high-calibre players. You relish it and it gives you that mindset of what you need to do to reach those higher honours," he said.

It's not like Mbye is a stranger to the State of Origin scene having represented the Maroons at under-20s level in 2012 and 2013.

The 23-year-old came off the bench in the inaugural clash in 2012 – incidentally coached by Walters – and then started in the halves alongside Game One five-eighth Anthony Milford the following year.

Even at that level, the value of a maroon jersey wasn't lost on Queensland's talented teens.

"I've got great respect for Kev. I was coached by him when I was playing Origin for the under-20s. We get on really well and he's a great coach and an ever better bloke," Mbye continued.

"Once you put that colour on, it's very symbolic because it's so important to us. For a lot of the Queensland communities, rugby league is like a medicine.

"A lot of the kids up there live and breathe rugby league and they idolise pillars of the game like JT and Cameron Smith. You look up to guys like that and the way they carry themselves on and off the field and it's easy to see that they truly are role models."

Despite being a proud Queenslander through and through, Mbye admitted he had to temper his excitement following last week's series-levelling win given three of his teammates at the Bulldogs - Brett Morris, Josh Jackson and David Klemmer – played in the losing side.

"It was great to see Queensland level the series but I've got to sit on the fence a bit because we've got three Origin regulars in the NSW side," he admitted.

"It's a win-win for me because those guys are either going to come back happy and you're obviously happy for them, but at the back of your head you're barracking for Queensland so I was obviously stoked when they got the win last week." 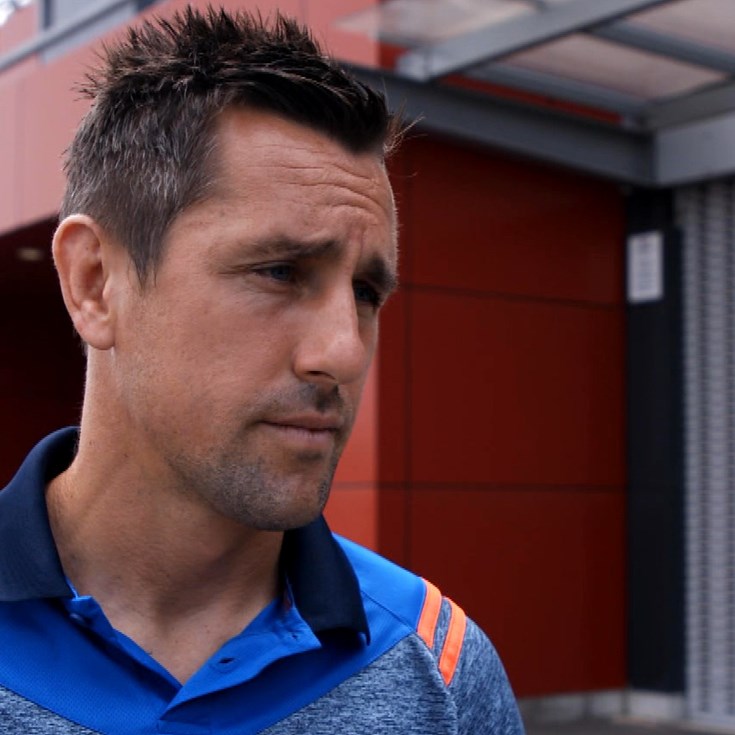