Rugby league returns to the Central Coast with the high-flying Roosters set to take on the defending premiers in a clash that could shake up the Telstra Premiership top four heading into the business end of the season.

Both sides will be desperate for the two competition points, but for varying reasons.

The Roosters plucked one out of nowhere to steal a 25-24 golden point win over the understrength Storm last week to move within a win of the table-topping Melbournians.

Trent Robinson's men will want to bottle what they produced in the final 10 minutes and unleash it on the Sharks this Saturday, especially given they will be without their State of Origin players in Round 18.

The Sharks need a win to stay in touch with the all-important top four and will be reeling after going down 35-18 at home to the Sea Eagles last week.

With skipper Boyd Cordner (calf) and Sio Siua Taukeiaho (hamstring) out for at least another week, the Roosters have named the same 17 that got the job done in Adelaide.

It's a different story for the Sharks who have seen their hooking stocks take a massive hit in the last few days. Starting rake Jayden Brailey is set for a lengthy stint on the sideline after he broke his jaw in the loss to Manly. His likely replacement, Daniel Mortimer, has linked up with English Super League side Leigh Centurions, leaving coach Shane Flanagan with no choice but to make mass changes.

Fa'amanu Brown has been named in the No.9 jersey with Joseph Paulo promoted to the bench in a sure sign the pair will share hooking duties. Matt Prior also returns to the starting side with Jayson Bukuya dropping back to the interchange.

‌Why the Roosters can win: It's been their Achilles heel all season long and last week the Sharks were made to pay for their slow starts. They can't afford a repeat of last week's lethargic start that saw them trail 18-0 after 24 minutes, especially against a side that would be ranked third on a hypothetical ladder if matches ended after 40 minutes. The Roosters have scored 186 points in first halves this season and conceded just 110, while Cronulla have tallied 106 and allowed 145.

Why the Sharks can win: There are two key stats that should give Sharks fans plenty of confidence heading into Saturday's clash. Importantly, the defending premiers are yet to lose back-to-back games in 2017. Their form mightn't be where they want it to be, but they are quick learners and have managed to turn things around following losses. Another thing that bodes well for Shane Flanagan's side is the fact they are unbeaten on the road this season. They are 6-0 away from home in 2017 but have managed just one win from three attempts on the Central Coast.

‌
The history: Played 91; Roosters 56; Sharks 33; Drawn 2. The Sharks might not have the greatest overall record against the Tricolours but they are currently on a five-game winning streak including two high-scoring victories in 2016. Making matters worse for the Roosters is the fact they've lost eight on the trot on the Central Coast.

What are the odds: While there are more individual bets on the Roosters, Sportsbet has received nearly double the money on a Sharks win. Cronulla 1-12 has been very well supported and they’ve been backed at the line as well. Latest odds at Sportsbet.com.au.

NRL.com predicts: Scrap your weekend plans, hop in the car and head to the Central Coast for what should be the match of the round. Pop into the Leagues Club for their all-you-can-eat buffet beforehand and strap yourselves in for a game that could very well last more than the allotted 80 minutes. The last time Mitchell Pearce kicked a field goal, he backed it up with another one-pointer the following week. We're predicting history will repeat, except this time it will result in victory. Roosters by 1. 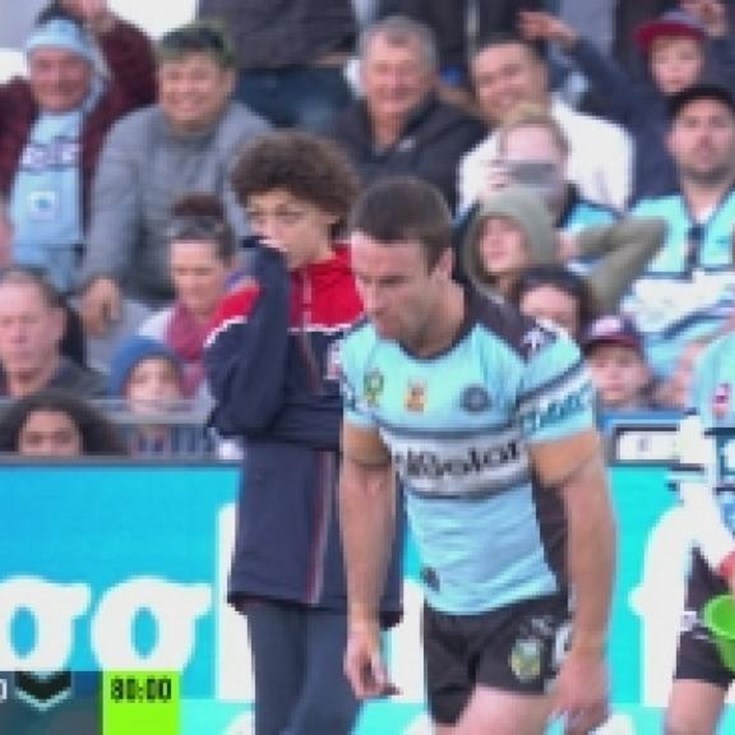 Brown turns to rookie for advice