The tough lessons of a heart-breaking 25-24 golden-point loss to the Sydney Roosters aren’t the only thing the Melbourne Storm hope to gain this week as they nervously await the return of skipper Cameron Smith.

‌Without their Maroons quartet in Smith, Cooper Cronk, Billy Slater and Will Chambers lining up against the Roosters in Adelaide on Saturday, the Storm relinquished 20-6 and 24-12 leads – the latter in the final 10 minutes of the game – for the second consecutive week.

The week before while the club had five players away in Origin camp the young Melbourne side built an eight-point lead against the North Queensland Cowboys with eight minutes remaining.

The Storm prevailed to celebrate a stirring one-point win against the Cowboys but the wheel of fortune went 180 degrees as they suffered an excruciating golden-point loss this time around to the Bondi side.

When asked if captain Smith would return to the field in a massive Suncorp Stadium top-four blockbuster against the Brisbane Broncos on Friday night, coach Craig Bellamy didn’t give too much away.

Slater, Cronk and Chambers were all seen at training on Tuesday but Smith was an obvious absentee.

Bellamy revealed Smith’s injury was related to his sternum and he was still feeling the effects of a brutal Origin encounter but promises he will be fine for Game Three.

"We’ll check on him (Smith) tomorrow (Wednesday) and go from there," Bellamy said. "He’s got a couple of bumps and bruises.

"If he plays, he’ll train on Thursday. If he doesn’t train Thursday, he won’t play."

For the time being, Bellamy is focused on ensuring his side and its younger members learned from their back-to-back golden-point matches ahead of Friday’s anticipated showdown with their Queensland rivals.

"I thought our effort was tremendous [against the Roosters] but we blew it in the last 10 minutes to be quite honest," Bellamy said.

"The disappointing thing for me was that we just didn’t learn from the week before [against North Queensland].

"Now that we’ve had a double dose of it we will be better for the experience."

Melbourne escaped with a thrilling 16-14 victory over the Broncos when Smith nailed the game-winning conversion after a 77th minute try in their last meeting in Round 3 at AAMI Park this year.

"I think they’ve changed their game from the last time we played them," Bellamy said.

"We are aware of that at the moment, we just had a meeting and there were a couple of things there. They’ve got a different mentality and they’re doing some things differently so we will need to defend that well and go from there.

"The Broncos have been a really consistent team this season. To win down in Canberra (30-20 last week) after an Origin game with a couple of guys out was really impressive."

It also presents an intriguing opportunity for Queensland candidate Cameron Munster who will audition for Johnathan Thurston’s halves position. As a valuable utility player, many feel his current club combination with Cronk and prior experience within the Maroons camp also makes him the ideal replacement.

Munster and Cronk face a rejuvenated Ben Hunt – who fought his way back after being dumped to the Intrust Super Cup two weeks ago – and seasoned veteran Benji Marshall.

Bellamy asserted the time is right for Munster to make his Origin debut in the deciding match.

"Wherever you put him he’s going to do a good job for you," Bellamy said.

"He’s a real footy player and he’s a tough kid so he’s basically made for the Origin arena. I think he’s certainly a better one (at fullback) or six (at five-eighth) without a doubt but put him anywhere in there and he’ll do a good job for them."

Bellamy will also need to keep an eye out for a worrying trend which they can’t afford to sustain before Friday night with the NRL competition leaders the most penalised side in the competition.

"I’d rather not comment on that to be quite honest," Bellamy said. "I think we’re getting a little bit harshly judged in some areas at the moment and it’s been like that for a little bit.

"That’s all I can say about it. 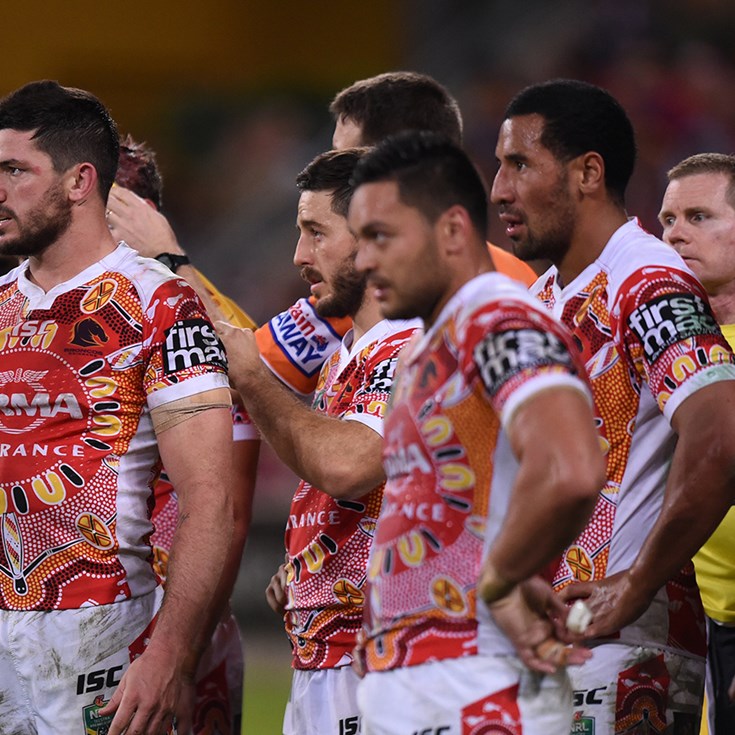 Injuries no excuse against Storm: Bennett