Blues halfback Mitchell Pearce has described teammate Jarryd Hayne as "one of NSW's greatest players" and said it would be foolish to "poke the bear" after some questioned the centre's selection in the State of Origin decider after an error-riddled finish to Game Two.

Hayne is undoubtedly one of the game's most damaging stars and has shown flashes of brilliance throughout the series, including a try in each of the first two Origins.

However, his final 20 minutes in the Game Two loss at ANZ Stadium left some questioning whether he should be retained for the July 12 decider after Hayne came up with a couple of errors, including a shocking behind-the-back flick pass that let Queensland off the hook just when the Blues were going in for the kill.

A veteran of 22 Origin appearances, Hayne shrugged off the post-game criticism with a pair of stunning performances for the Gold Coast Titans against the Wests Tigers and the Dragons to temporarily silence his critics.

Those doubters will be waiting for him to fail at Suncorp Stadium next Wednesday, but according to Pearce, that scepticism will only bring out Hayne's best.

"Jarryd is the first guy I want to play with in any big game," Pearce said at the team's hotel in Kingscliff.

"He's proven time and time again, and sometimes I think we forget how good he's been for a long time.

"He's won two Dally Ms and he's probably been one of NSW's greatest players. It's a big call, but in my eyes that's how I see him. In Game One he was a match winner for us and I thought in Game Two he did some really good things.

"He made some errors, but I wouldn't be poking the bear."

‌
For Hayne and the rest of the backline to be at their best, the engine room up front must lay the platform to give the speed merchants the room they need to tear apart Queensland's defence.

That's where Andrew Fifita comes in.

The wrecking ball produced one of the all-time great Origin performances in Game One with some likening him to Arthur Beetson after his man-of-the-match showing inspired NSW to a comfortable 28-4 win in Brisbane.

The Sharks prop had spiders on him as he ran for 183 metres, broke 11 tackles and set up a try in the series opener but was well contained in Sydney, limited to just 93 metres as the Maroons found a way to handle the hulking No.10.

Fifita's front-row partner, Aaron Woods, conceded the Blues got their tactics wrong in Game Two but promised there would be no repeat of that in the decider.

"He's probably disappointed that he didn't get enough ball but I'm sure he's ready and raring to go. He's been a little bit crook (flu) earlier on but he's got enough rest heading into Wednesday.

"They (Queensland) just got a lot of numbers to him and just attacked his legs. He's a big frame and probably the way that we carried sometimes didn't help the way that Fifita plays. We might have to look at a few things there and fix that up.

"You can tip-on to him and maybe get him to run a bit wider. It's something we'll sit down and talk to Loz (Blues coach, Laurie Daley) about how our game's going to go and the structure that we're going to play." 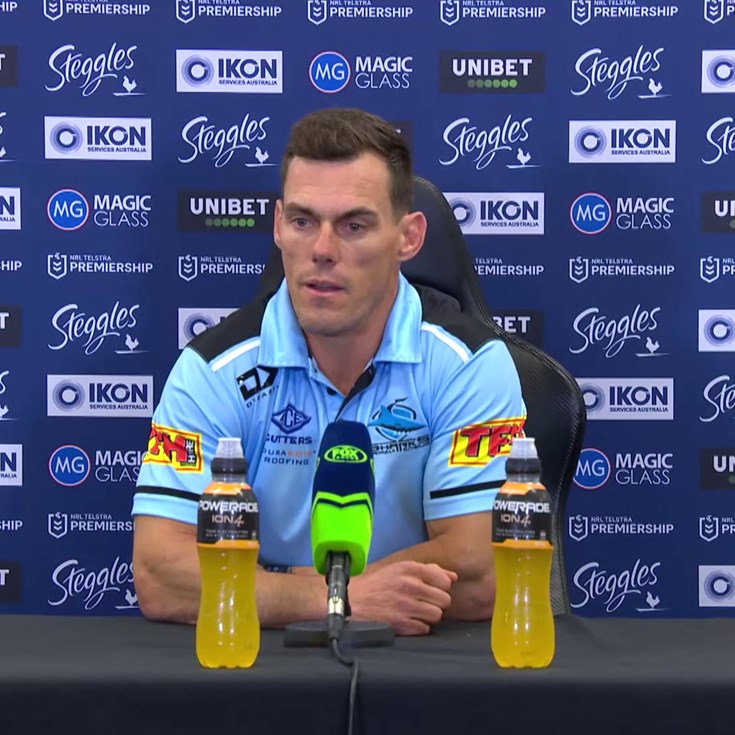