State of Origin has wrapped up, the final byes of the season are almost behind us, and it's just about time to get your final 17 together for the run home. Here are my answers to some of this week's big NRL Fantasy questions.

I have Hayne, Cotric and Curtis Scott as my centres. How is Scott's job security and who would I be better off cashing out?
From Todd Warren

Curtis Scott's job security went from shaky to excellent after Cheyse Blair suffered another ankle injury which will see him miss the rest of the season. It's a blow for Melbourne and Blair who had been impressive this year, but in Fantasy terms Scott has now emerged as a keeper after a stunning start to the season with an average of 65 from three games including four tries and 18 tackle breaks.

So I'd be keeping him, and probably Hayne. Cotric is handy as a backup option for your side – especially as he covers both WFB and CTR – but I wouldn't be relying on him for your starting 17.

‌
Any more money to make off Lachlan Fitzgibbon or is he a sell? Played all 80 last couple of games despite Buhrer being back but last week might have been due to Sione's injury, and he's scoring less lately. Wouldn't be a sideways trade but want to maximise my money.

Fitzgibbon has a break even in the low 20s so should get another price rise, albeit a smaller one, and there is still a chance he could lose his starting spot to Jamie Buhrer before kick-off this weekend. So you could eke out some more cash but if selling him now would boost your scoring potential (ie. if you'd be spending the cash on bringing in a gun) then do it now.

Roosters have a couple of key injuries - Friend and Gordon. Who plays FB and who plays hooker? Latrell & Watson?
From Matthew Lippiatt-Sidman

I'm planning on getting Cam Smith next week but Curtis Scott looks like a must-have and can't get both, best to get Scott and hope Smith gets rested?
From Paul Messell

There aren't many genuine must-haves in Fantasy but Cameron Smith is one of them. Scott is one of several keepers in the centres but bear in mind he's scored four tries in three games this year and he's unlikely to maintain that try-scoring form. More encouragingly he also makes a lot of tackle breaks – even against good opposition – but it's hard to imagine any centre averaging more than 50 points a week long-term. His scores could easily come back to the pack or be matched by the likes of Tom Trbojevic, while Smith will almost certainly outscore the other Fantasy hookers in the run home so he's your top priority.

‌
The hooker position to fill outside of Smith is starting to look more and more puzzling by the week. I planned on bringing in Friend after this week but he's now injured... McInnes has been below par of late and McCullough has the danger of less minutes with Nikorima on the bench. Do we really need a second hooker?

I like to have a quality second hooker for the simple reason that Cameron Smith could get injured – even a one-week injury – and if you haven't got a decent scorer in that second hooker slot you've essentially lost a player for the round due to a single injury.

McInnes is still scoring well enough – he averages about 55 and gets close to 50 tackles most weeks (it's just a lack of attacking stats that has hurt him recently – and he did score 70 primarily through base stats less than a month ago). McCullough continues to play the 80 despite the presence of Kodi Nikorima on the Brisbane bench and is averaging 59 for the season.

If you were going to cash out your second hooker I'd only look at someone who will both free up cash and deliver at least decent scores – which probably means Cameron King from the Eels, who is hitting around 35 points a week. But again, I prefer the safer option of running two hookers.

Is trading RTS for Teddy too sideways a move? RTS's recent scores inflated by tries which won't last.
From Shane Reimer

Yeah it's probably an upgrade. Trading Tuivasa-Sheck to Tedesco is an eight-point improvement based on average scores this season and while Tuivasa-Sheck has scored well lately he has scored tries in each of his last five games. Despite that he's only managed just one 50 in that time, compared to Tedesco who has hit 50 without a try four times this season and managed a massive 91 including a try and two assists way back in Round 1.

RTS is still a borderline keeper, but if the rest of your winger/fullback slots are stacked and you haven't got Tedesco yet it could be a trade worth making in the next few weeks (as long as Tedesco backs up OK from Origin III). 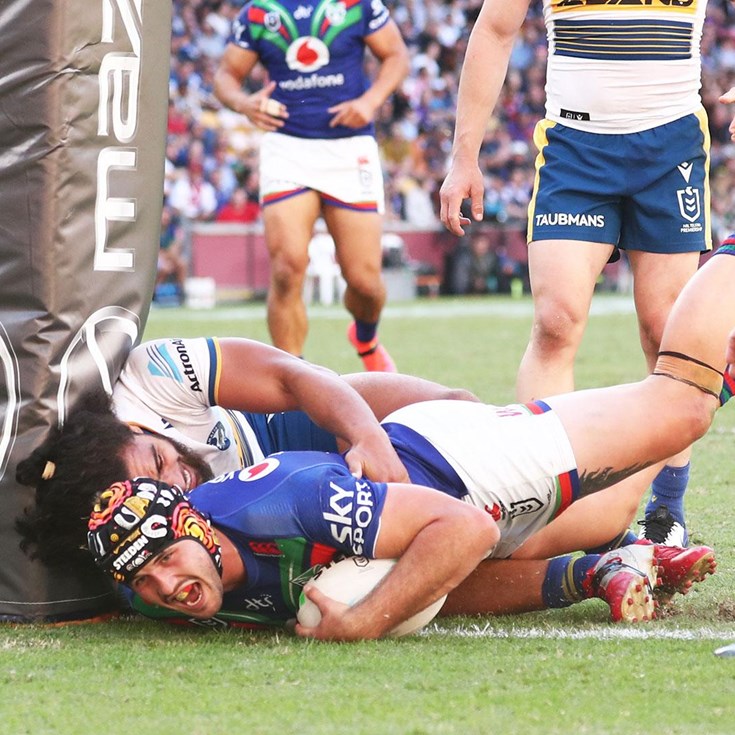 Curran puts Warriors on the board