Penrith Panthers back-rowers Corey Harawira-Naera and James Fisher-Harris are set to line-up alongside each other for the first time and in their native country on Friday night.

‌The pair grew up together in New Zealand playing rugby league before moving to the Panthers in 2013.

Anthony Griffin's side travel to Auckland for the clash with the Warriors and, after a frustrating season injury-wise for Fisher-Harris, the 21-year-old is finally in line to make a return to first grade after making it through a game in the Intrust Super Premiership last weekend.

It has been a stop-start season for the former Kiwi international after a series of injuries including a fractured eye socket and back-to-back hamstring complaints.

He also copped a nasty cut after a head clash with teammate Dallin Watene-Zelezniak at training last week in a clear sign the rugby league gods are against him in 2017.

"I've only played five games this year and know I haven't really got through many of them," Fisher-Harris told NRL.com.

"It's frustrating, I just want to get back out there. I hope that's the end of it for this year and I can play the remaining games."

Ironically the man who replaced Fisher-Harris in the back-row was Harawira-Naera – a childhood friend that has earmarked himself as one of the rookies of the season.

Fisher-Harris was in a similar position in 2016 after bursting onto the scene and playing 23 games in his debut season that later resulted in a call up for New Zealand's Test team.

The Panthers have since rewarded Harawira-Naera with a new two-year deal.

"I'm proud of how much he's been killing it out there. He just goes hard and has looked comfortable the more games he plays," Fisher-Harris said.

"He deserves this year and I'm happy for him. Watching him do well has made it easier and looking at the positives I've got a baby on the way, first kid, so I can't wait and it's given me something to look forward to away from footy too."

Harawira-Naera said watching the rapid rise of Fisher-Harris' career last season was a motivating factor in wanting to follow suit.

Returning home for the occasion will make it all the more special for both families, particularly after Harawira-Naera spoke earlier in the year about the support he received financially when he first moved over to Australia as a teenager.

"[Fisher-Harris] has always been an aggressive player since I've known him and for me watching a guy last year from my hometown make his debut and then play for the Kiwis was really inspiring," Harawira-Naera told NRL.com.

"It made me think that's what I want to do too. I'm happy we're both out there now and able to have fun with each other.

"I've had this game on my radar for a while now. It was always special heading home for 20s but this a different story.

"For most kids in the New Zealand the whole goal is to play NRL and growing up you always wanted to represent the Warriors so it's going to be good in front of the friends and family."

While aggression is one word Harawira-Naera used to describe his Panthers teammate, the 22-year-old has added some fire of his own in recent times including one instance in which he was sin-binned for a scuffle with Raiders forward Joseph Tapine in Round 14.

While he admitted some words of advice from coach Griffin were taken on board, his confidence has come with more time spent in the Telstra Premiership.

"The first couple of games I felt out of place and got chucked in there," he said.

"I feel like I've settled into grade well enough to express myself without going over the top like I did in Bathurst so I've pulled it back.

"I think I just let the game get to me and got a bit heated but I'm not usually like that, it's just a bond we've got here where we have always got each other's backs and I always seem to be near it.

"I want to play tough but no dirtiness or be a grub so it's something I'll keep working on."

Penrith have lost their last two clashes at Mt Smart Stadium however are coming off a hard-fought win over a top-four side – Manly – at home.

"It was end-to-end and it just came down to attitude," Harawira-Naera said.

"There were a lot of times where they could have scored or we could have gone over but we just managed to maintain a lead.

"It will be the same again this week where we just have to find a way to win. We don't need it to be pretty but just get it done." 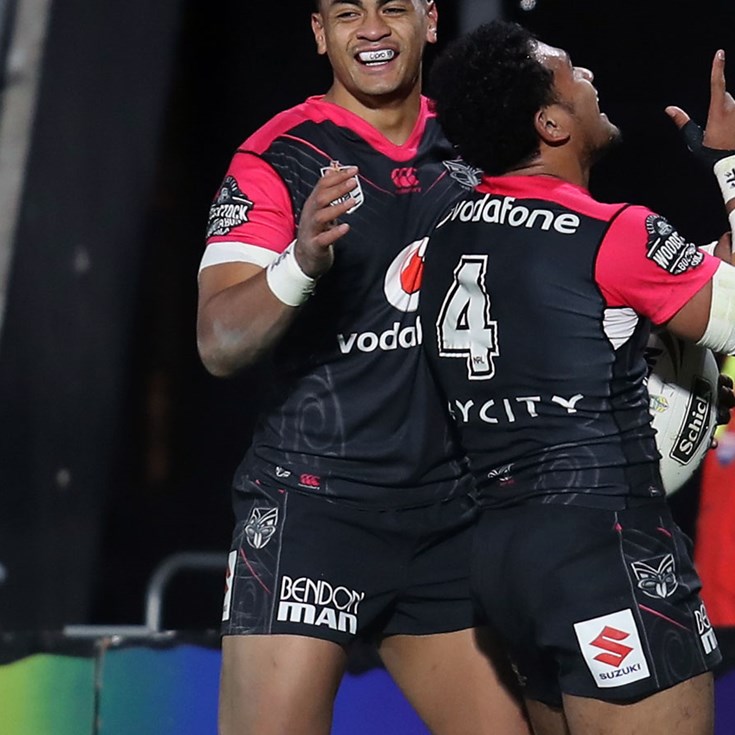