Hearing Jarrod Mullen’s mum Leeann speak of her son’s anguish on ABC Radio earlier this week broke my heart. I’ve been a huge fan of his since he came into first grade all those years ago, around the same time I figured out sports journalism was a realistic career path for me.

A mad Andrew Johns fan, Mullen naturally took his place as my favourite player once Joey retired in 2007. Since then, I, like every other sports fan out there, have ridden the rollercoaster that comes with supporting a team - and often - a player’s career.

When Mullen was up, he was one of the best players on the paddock, but when he was down, he was injured. I can’t imagine how frustrated he must have been, especially in the years following the 2013 NRL season, when he finished high on the Dally M Medal count and took his side to the preliminary finals. From there it all came unstuck.

While I was working away at trying to reach my potential, so was he. Except, as we have both learned - there are no shortcuts to success. Especially in the NRL. The multiple injuries he suffered were cruel to watch and I don’t think it can be underestimated how desperate a person who just wants to do what they love can be.

Being betrayed by your own body is a special kind of torture. Knowing the effort these players put into being in peak physical and mental condition, it must be all the more infuriating to continually break down. He played 40 NRL games in the final three years of his career at the Knights, around half a season each year. That doesn’t include this season, for which he was contracted. It’s hard not to imagine how differently things could have been if he was blessed with an injury-free run - a thought which has crossed his mind probably every day.

But when he wasn’t in rehab or playing, he was putting all of his energy into the Newcastle community, which is where I believe his real legacy lies. Like the time he rushed to the bedside of Elissa Jack, a fanatical Newcastle fan who underwent brain surgery in 2016. Less than 24 hours after hearing of Elissa’s surgery, Mullen drove from Newcastle to Sydney to visit her and lift her spirits when she needed it the most. It’s my hope someone is doing the same thing for him now.

Some of the things I’ve seen written online about Mullen and other players at times are truly vile. We’re all so passionate about rugby league and nothing about that should change, but let’s remember we’re all out here trying to do our best to deal with life, no matter our circumstances.

Although nothing can be done about his four-year ban for testing positive to a banned substance, I can’t help but feel empathy for a guy who made a stupid mistake in a moment of desperation. None of us are perfect and no one can claim to be, but once again, Mullen’s career was cruelled by a moment I’m sure he would take back in a heartbeat. Regret is a powerful tool, which is why there can be no leniency for athletes who are found to have used performance-enhancing drugs. There can be empathy for a fellow human being, understanding and gratitude for a player who did everything he could for his club for a decade, but a lesser sentence would send the wrong message to the wider community.

As for Mullen, I hope the message he receives is one of support from his peers and fans. He deserves that much, at least.

The Round 19 issue of Big League is on sale now at newsagents, supermarkets, at the ground and via www.magsonline.com.au/big-league. 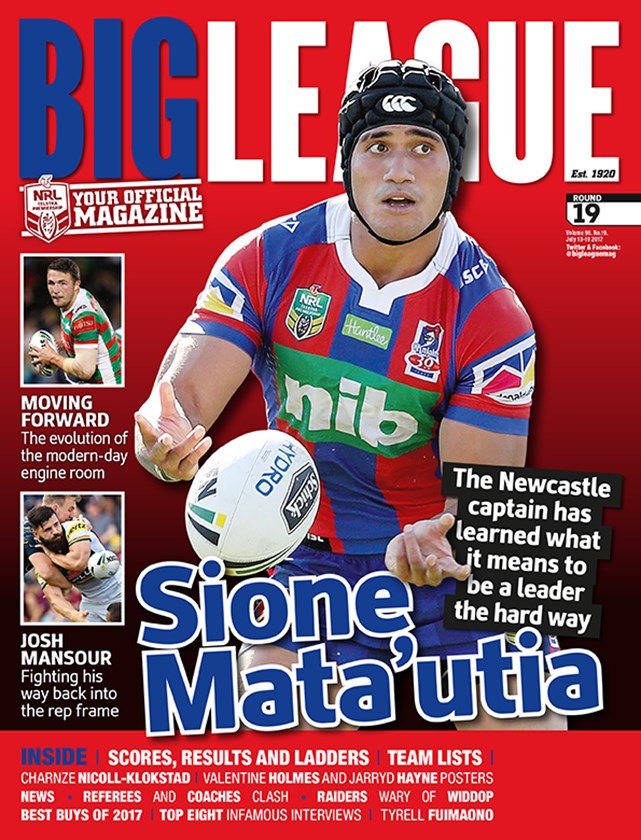 Jeffries ready for new challenge with Women's Indigenous All Stars

Your team's biggest talking points for the 2023 season