His team has come through their best period of football this season in prime position to steal a top four spot, and North Queensland Cowboys coach Paul Green is sticking to his message of consistency to get the Cowboys up the ladder when September rolls around.

‌After building a 22-6 lead early in the second half the Cowboys' performance dropped for a 15-minute period and they'll be looking to correct the lapse in concentration when they play the Warriors in Round 20.

"Our ball control fell away a little bit. We tried to score our way back into the game, rather than just build some pressure through completing a few sets and kicking to corners which I thought we did really well in the first half," Green said.

Despite the second-half lapse the coach was pleased with the performance of his forwards against the Rabbitohs' huge pack.

"It was pretty good battle through that middle third," he said.

"They're obviously a really big side, it's their strength. It's an area of our game that we needed to be good at today. I was proud of the way our forwards matched them through there, it was good to see."

Captain Gavin Cooper was also focussed on the Cowboys' drop in the second half, and was quick to point out that they put pressure on themselves.

"I think the only part when we looked under pressure was when we weren't completing our sets and it just made it really scrappy at the end of the game," Cooper said.

"I think there were a few boys looking at the clock just hoping that the time would run off pretty quickly but you can't do that against any team in this competition." 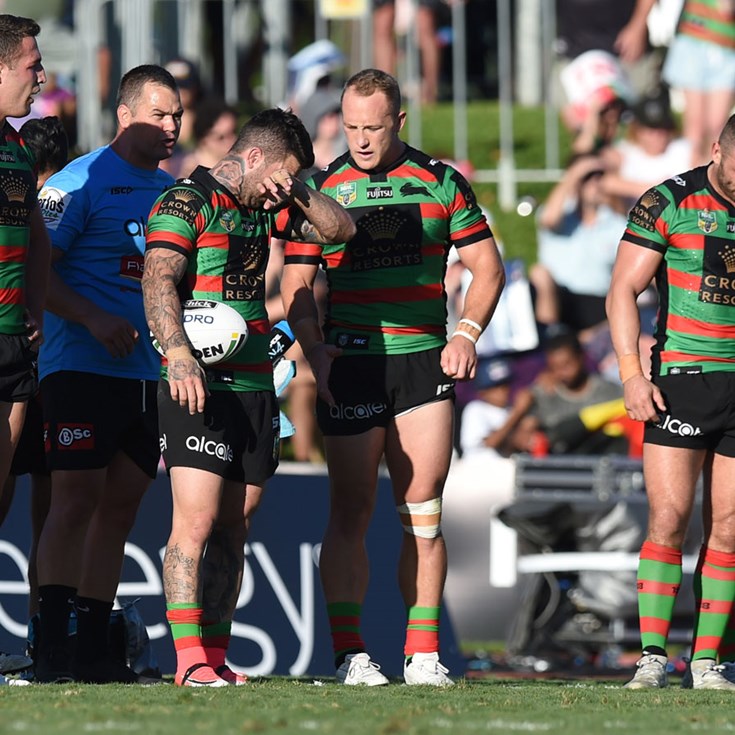