For close to a decade Steph Hancock and Heather Ballinger have been the pillars on which Queensland and Australian teams have been built upon, but the pair go back much further than that.

Hancock announced prior to the Jillaroos' mid-year Test that this would be her 15th and final season of representative rugby league which means Sunday's Interstate Challenge against New South Wales in Wollongong will likely be her last in Queensland colours.

‌
The former Queensland and Australian skipper said prior to last year's clash that she would retire if the NSW girls broke the 17-year dominance that Queensland had held over them and now she has the perfect motivation to go out in the right fashion.

It won't be easy against a NSW team brimming with Jillaroos representatives but Hancock will have Ballinger by her side and with their shared history there's no way they will succumb without putting their absolute all into the contest.

It was 20 years ago that Hancock and Ballinger first became known to each other in athletics carnivals around the Darling Downs region west of Brisbane, Hancock in the formative stages of a javelin career that would take her all the way to the 2000 World Junior Championships in Chile while Ballinger was the dominant force in the shot put.

It would be 10 years before they came in contact again this time through rugby league but after a year playing rugby union before joining a women's league team in Cairns, Ballinger said her introduction to the Queensland team was somewhat awkward.

"When I went to Cairns they actually started a women's side and I said I'd give it a go and then came down here and competed against Steph again. She didn't remember me," Ballinger said as NRL.com sat down to talk with the two Queensland stalwarts.

"I didn't recognise her," Hancock interrupted.

Regular roommates in Queensland camps and on tours with the Jillaroos, there is little that Hancock and Ballinger don't know about each other, their careers with the Queensland and Federal Police services giving them a connection both on and off the field.

The pair both cite the 2013 World Cup as their career highlight to date but have their sights set on a title defence at the end of the season, even if it means cutting into annual leave and long service leave to do so.

The support afforded to the Jillaroos in recent years is a far cry from the early days when Hancock and Ballinger had to pay their own way to play overseas but that's not to say there still aren't sacrifices that have to be made in order to represent their state and country in the game that they love.

"I've run out of sick leave because of injuries from footy and had to use my holidays so I still get paid so I literally don't have any sick leave, any holidays," Hancock said. "The leave I'll be using to play World Cup is my long service leave.

"I'm the same as Steph," says Ballinger. "We just burn all our personal leave at work to attend camps like this.

"I'm going to have to buy leave to play World Cup this year. We're just running so low."

"I'm lucky. I've got five days sporting leave I can use," adds Hancock.

"I don't even get that," says Ballinger.

"Your long service leave is something that you work for for the end of your career, not to be burning up while you're still working."

"I wouldn't change it though, trust me," says Hancock.

The competitiveness of the Interstate Challenge in the past two years that has seen the NSW team record a draw and then a win that broke a 17-year wait to get their hands on the Nellie Doherty Cup is indicative of the depth now present in the women's game.

The depth in the front row is not as evident with Hancock, Ballinger, Renae Kunst and Ruan Sims still ever-present forces but while Hancock is definite that this is her last season, Ballinger looks like playing on for at least one more season.

"Hef's not ready to retire. I'll speak on her behalf," Hancock said.

"I'm not putting a time on it," said Ballinger. "My body will tell me when it's had enough. Hopefully next year I'll keep going and if it comes to a point where it's too many injuries then that will be the time. I would like to keep going."

"Once the old '82 babies retire – which is myself, Hef, Ruey and Renae – there are kids that are coming," said Hancock.

"There are plenty of girls coming through, you've just got to look at that Indigenous side.

"I think there's enough there not to worry about [any lack of depth] to be honest."

As for any regret that she is walking away just as the women's game makes enormous strides, Hancock says there are none whatsoever.

"If you look at when I first started, the changes that have been made, I'm proud of that. I'm proud of paving the way for the girls. I don't look at it as a negative thing at all," said Hancock, who has been a representative on the NRL Competition Committee in recent years.

"I'm proud to be a part of it and there's nothing negative about it. I'm not upset about where it's going.

"I see Karyn Murphy and the fact that she's still part of the team and it makes me happy.

"I'm glad that the girls have got this whole new future in front of them." 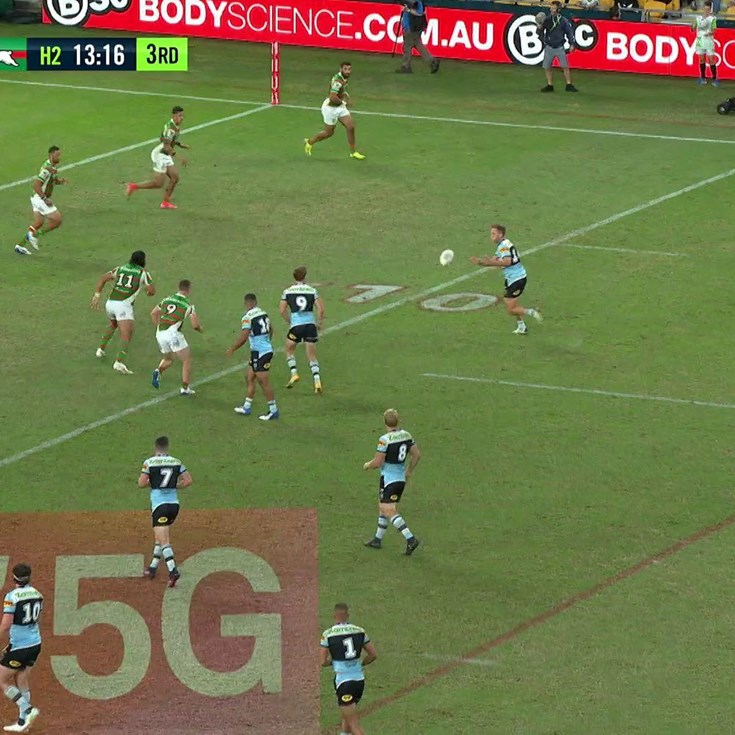 Presented By Sportsbet 31 mins ago