When Warriors halfback Mason Lino takes the field this Saturday night it will be exactly 23 months since he was first thrust into the NRL in circumstances eerily similar to those confronting the club in Round 20.

‌The 23-year-old will come up against the North Queensland Cowboys, just as he did that on night back in 2015, once again coming in as an injury replacement for a team missing Shaun Johnson, with their finals hopes hanging by a thread.

Lino has earned the first crack at the No.7 jersey after Johnson suffered a ruptured PCL in his left knee during last Friday's 34-22 loss to the Penrith Panthers, and will make his first NRL Telstra Premiership appearance since Round 26, 2015.

Johnson this week threw his support behind Lino, who coach Stephen Kearney has selected to start ahead of fellow Junior Warriors graduate Ata Hingano.

"He is a first-grade player, I think we will see that this weekend," Johnson said of Lino.

"'Mase' has just been in the wings the whole time, he is consistent and has been really leading those [reserve grade] boys around the park, and his kicking game is really solid as well.

"I am just really excited for him this week, I am sure he is going to do a great job."

For Kearney, it's the composed nature Lino brings to a game that he believes will help his team in the pressure-cooker environment at 1300SMILES Stadium against the sixth-placed Cowboys.

"Losing Shaun for a few weeks is not the ideal, but what it does do is give someone the opportunity to really put his best effort forward, and Mason has been doing a wonderful job in reserve grade," Kearney said.

"Mason has got a real calmness about him… he has got a really good kicking game and his talk and organisation [are his major strengths]."

Meanwhile Kearney said the selection of Lino ahead of Hingano, who had been the preferred back-up option when Kieran Foran was unavailable at times this year, came down to Hingano offering more versatility off the bench.

"I just thought it was the best fit for us this week. That's why we made that call," Kearney said.

"Ata covers a couple of positions which is probably why he is on the interchange." 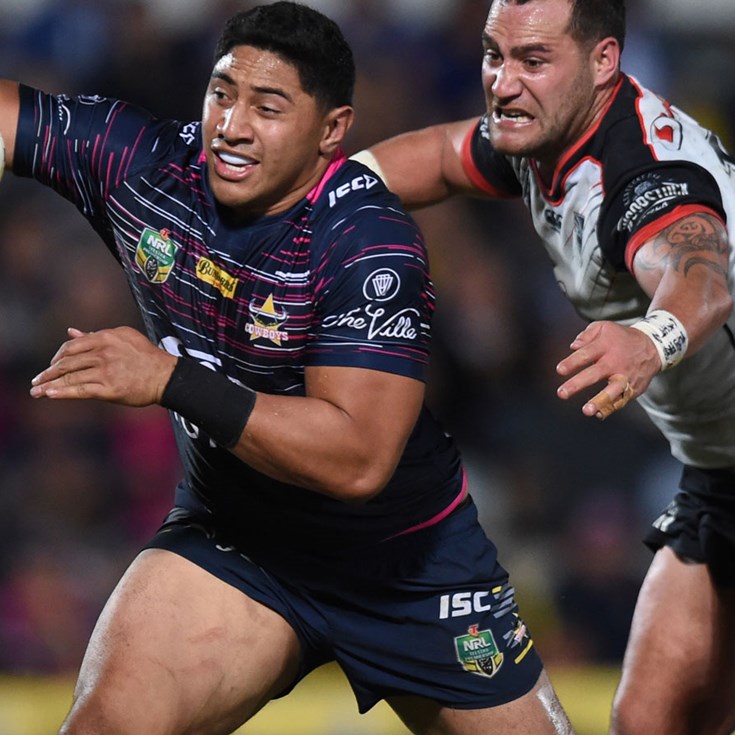