One team that has coping well without their star playmaker comes up against another that has just lost their own in another crucial clash for the finals race.

The North Queensland Cowboys pulled off a relatively comfortable win against the South Sydney Rabbitohs last week, although a lapse in the second half could have cost them the game against better teams. Coach Paul Green will have drilled the holiday mode out of them, and with some extra rest his State of Origin representatives will be ready to take on an increased work load.

The Warriors will be disappointed with their run through the Origin period having only taken three wins from six starts in a period where they usually do well due to their lack of representative players.

The unfortunate loss of Shaun Johnson won't help their effort to make it into the finals, but as the Cowboys have shown this year the loss of a key player (or players) can galvanise a team into lifting in their absence.

‌Why the Cowboys can win: A home game for the first time since Round 16 will have the Cowboys eager to please their fans in Townsville, so they should be up for the occasion. The performance of Jake Granville last week was reminiscent of his 2015 season, with the hooker stepping up to guide the team to victory with a try and two assists. In the year of their maiden premiership it seemed each week a different member of the spine – and occasionally the forward pack – would have an exceptional game to get the Cowboys over the line. One week it was Johnathan Thurston, the next Michael Morgan and then Lachlan Coote or Granville would seemingly save the day. The spine sharing the load is even more important these days with Morgan taking on Thurston's role as chief playmaker and if Coote, Granville or Te Maire Martin can worry New Zealand, Morgan will have a much easier time controlling the game off the back of his powerful forwards.

Why the Warriors can win: They have the forward pack to match the Cowboys – Jacob Lillyman, Ben Matulino and Simon Mannering each average more than a hundred metres per game, while second-rowers Bunty Afoa and Bodene Thompson each average more than 50 metres in the second row as well as 28 and 34 tackles per game respectively. Their spine is not to be laughed at either, even without Johnson, with internationals Isaac Luke, Kieran Foran and Roger Tuivasa-Sheck adding genuine depth to the side in attack.

‌
The history: Cowboys v Warriors: Played 36, Cowboys 18, Warriors 18. A 50-50 split between the two teams, but the Warriors have won just one of their last 11 games in Townsville. They'll need to almost double their success rate in the north if they want the two points.

What are the odds: The Cowboys to win 13+ has been the best-backed market in this fixture according to Sportsbet. There isn't even any love for the Warriors with the points start and 80 per cent of the money in that market is with North Queensland. Latest odds at sportsbet.com.au

How we see it: The Cowboys are coming off three straight wins and will be eager to make it four in front of a home crowd, and a Warriors side without their best playmaker will struggle to score points. North Queensland's recent form has been too good for the hot-and-cold Warriors. Cowboys by 12. 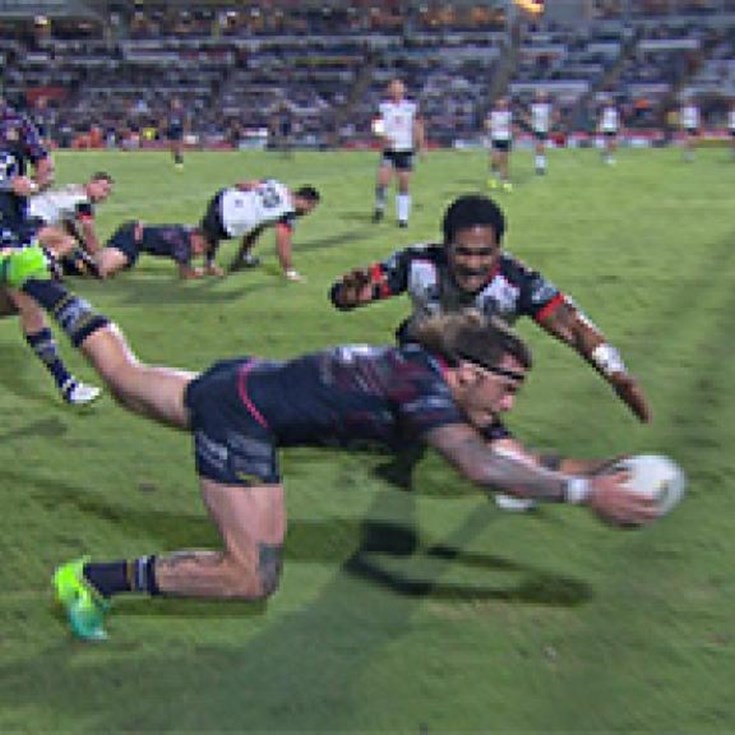