The Queensland Maroons and New South Wales Blues are already looking to forge allegiances with Victorians with next year’s opening State of Origin game at the Melbourne Cricket Ground.

Origin legends Brad Fittler and Darren Lockyer were in Melbourne to promote tickets to the series opener going on sale on Thursday, and both said they instantly found support.

"Maybe we’ve turned some people in Melbourne. Maybe they feel sorry for us."

In addition to the impact of the Melbourne Storm’s legendary 'big three' of Cameron Smith, Billy Slater and Cooper Cronk featuring in the Maroons’ recent era of dominance, Lockyer added the supposed Victoria-New South Wales rivalry benefitted in favour of Queensland.

"Victorians tend to lean towards Queensland a little bit because of the Queenslanders in the Melbourne Storm as well as they don’t share the border with Victoria," Lockyer said. "When (Storm coach) Craig Bellamy first started in Melbourne, his scouts looked into Queensland and they’ve found a few champions there."

‌
Fittler and Lockyer find themselves on opposite sides but they both agreed showcasing State of Origin around Australia was the ideal way to grow the game.

"There’s no doubt this is the best way to get rugby league on the radar for people who don’t necessarily watch it because Origin is more than just the game itself: it’s an event," Lockyer said. "The build-up that comes with it, it is the pinnacle in our game. We just had ten million people watch this year’s series over three games. It is the best way to grow the game into other states."

After taking Origin back to Melbourne for the first time since 2015, Perth is set to receive their first taste of Australia’s biggest sporting event in 2019.

Melbourne has had its fair share of hosting Origin matches including Game Two’s record crowd at the MCG in 2015.

"The last five years I was a bit hesitant to take games away from New South Wales or Queensland but the last time we were here 91,513 came and it was a great spectacle and event," Lockyer said.

"The game is in a much stronger position than what it was last year. Origin keeps getting bigger, better and more popular. Bringing it to Melbourne – Melbourne and Victorians love their sport."

Fittler is hoping the significance of playing at one of the most revered stadiums in the world adds extra motivation for the embattled Blues, and shared his own success playing at the ground, which he desires for his beloved New South Wales side.

"I played a couple of times at the MCG, [it’s a] great experience. Walking into the ground, it’s so awesome," FIttler said.

"Grounds like that have an aura. Walking into them, walking into the sheds, seeing memorabilia on the walls and lots of great things have happened there with some awesome occasions. 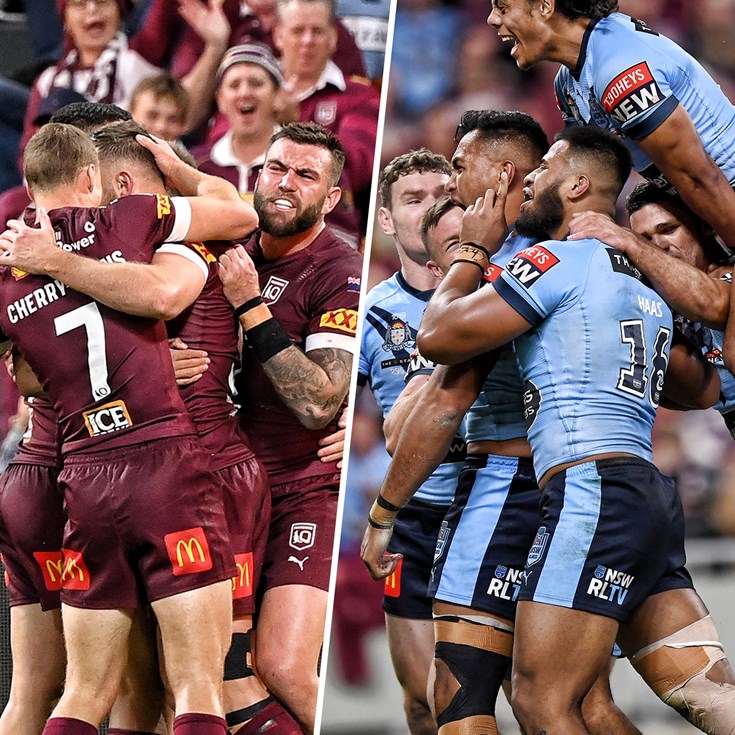