Cronulla have celebrated the 300-game milestone of veteran Luke Lewis with a much-needed 26-12 win in front of their home fans at Southern Cross Group Stadium on Friday night.

The win was classic Sharks – gritty, rarely pretty, but marked by a refusal to back down and an uncanny ability to find points when they needed them as Souths threatened to come home over the top of their opponents in the second half.

The loss officially puts an end to the Rabbitohs finals hopes – even six straight wins from here is unlikely to earn a finals berth – while the result steadied the ship for the premiers after a horror loss on the Gold Coast last week and returns them to the top four, at least temporarily.

‌
Tireless Souths back-rower Angus Crichton played a virtual lone hand with a whopping 11 tackle busts and three offloads to go with 37 tackles (and none missed) plus 104 metres while continuing to play through a stress fracture in his foot.

Souths also face a nervous wait on skipper Sam Burgess who left the field late with what appeared to be a ribs or shoulder injury.

For Cronulla, the return of Origin half James Maloney paid immediate dividends; his rekindled left-edge combination with Wade Graham saw him send his back-rower over for a fourth-minute try with a lovely short ball.

Souths hit back when the Sharks failed to read an Adam Reynolds grubber and Braidon Burns made it 6-all in the 10th minute.

From there it was all Cronulla, with the 10-point half-time margin perhaps flattering the Rabbitohs as Cronulla twice opted for penalty goals while on the attack after Nu Brown's cheeky dummy-half try in the 22nd minute. The second of those two shots, right on half time, missed the mark to leave it at 14-6 at the break.

Despite bench hooker Damien Cook twice offloading directly to the opponents early in the second half, the Bunnies did manage to claw a try back when John Sutton crashed over from close range in the 53rd minute to make it 14-12.

Andrew Fifita should have scored when he burst onto a flat ball at the line shortly after but spilled the tough chance. The Blues prop had had a powerful first half but compounded that error with another when he was pinged for a shocking play-the-ball shortly after.

Souths missed a score of their own when Braidon Burns just failed to latch onto an attacking cross field kick.

The Sharks refused to panic though and found two late tries to seal the win. A 70th-minute Gerard Beale effort from a Maloney grubber that bounced fortuitously off a goal post put the game all-but beyond reach for Souths at 20-12 (with Reynolds' restart sailing into touch on the full).

Ricky Leutele iced the win two minute from time when he streaked through on a Maloney grubber. 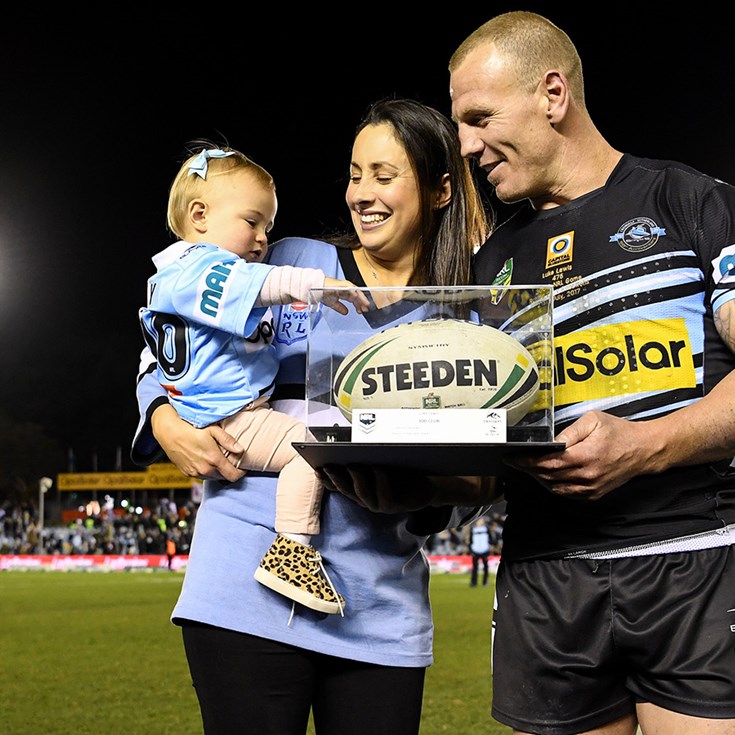