It may be of minimal comfort to Wests Tigers fans but their team continues to put in spirited efforts in close losses despite no longer being in the running for the 2017 finals with some impressive moments in Sunday's 17-16 loss to the Eels.

‌While coach Ivan Cleary was obviously disappointed after the game – particularly given some poor decision-making by his troops in the second half with the game on the line – he couldn't fault the effort and was also encouraged by the emergence of young forwards Matt Eisenhuth and Alex Twal.

"Yeah it was disappointing; there was obviously nothing in it but we rued a few lapses in decision making with the ball in the second half," Cleary said.

"We probably had four times I think where we turned the ball over, whether it was offloads [or something else].

"We just couldn't get any kind of rhythm in attack. To that end I was pleased the way we hung in and kept putting the ball down their end of the field. But in the end it was close but no cigar."

One of the strongest features for the Tigers was some resilient goal-line defence with an attacking Eels side racking up nine line breaks and plenty of good-ball sets but managing just three tries.

"Parramatta were pretty strong, their goal-line attack was pretty good. They definitely have periods when they've got momentum, they're really hard to handle," Cleary said.

"I thought we did really well in that phase. We couldn't quite do the same when we got momentum. In the end, that's what it came down to.

"I'm pretty happy with the way the guys are preparing and competing. Last week I was disappointed in the second half, not in the effort at all but our game management.

"[Sunday] was better but we still essentially shot ourselves in the foot a couple of times, just little things like, we just drop our guard for a minute, concentration, they're hurting us. But that takes a while. We've got a lot of young players, and they're still learning that as well.

"As long as you're learning and getting better, that's a good thing. But it'd be nice to pick up a few wins just to get everyone a bit more happy."

"I've been pretty happy the last four or five weeks... As long as we're [getting close] and learning each time, I'm sure we'll start getting more results," he added.

The team also lost second-rowers Joel Edwards (concussion) and Chris Lawrence (hamstring) from the team named on Tueday, pushing Matt Eisenhuth into the starting side. Former Eels NYC prop Alex Twal continues to impress off the bench, and needed to again on Sunday in the absence of suspended prop Sauaso Sue.

"Alex came over Parramatta and never played first grade before, Eiso's the same, they're both debutants in the last month or so," Cleary said.

"They're doing really well. Both good workers. Our roster's pretty thin at the moment, lost a couple of backrowers before the game today, experienced guys too. The guys are competing, that's all you can ask for but you obviously want closer to an 80-minute performance." 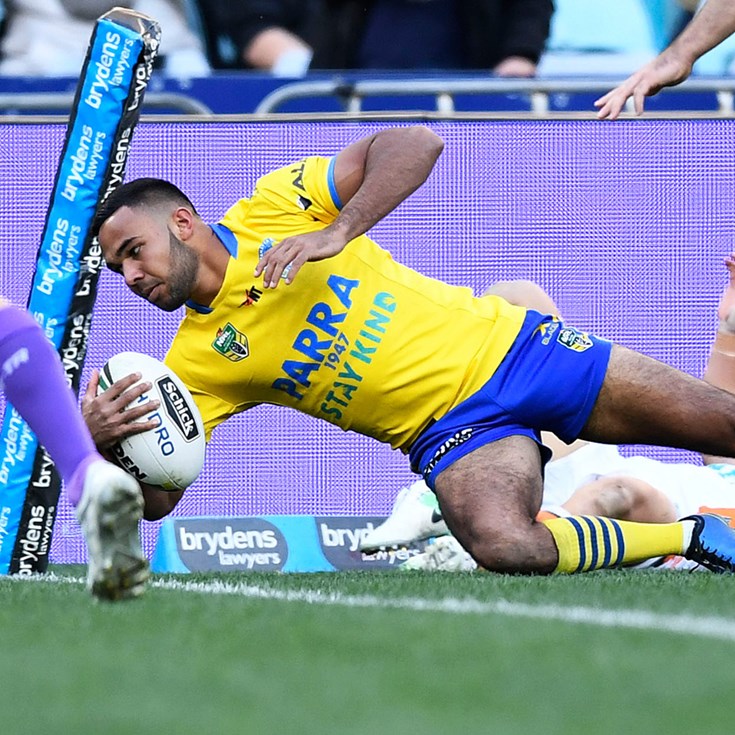